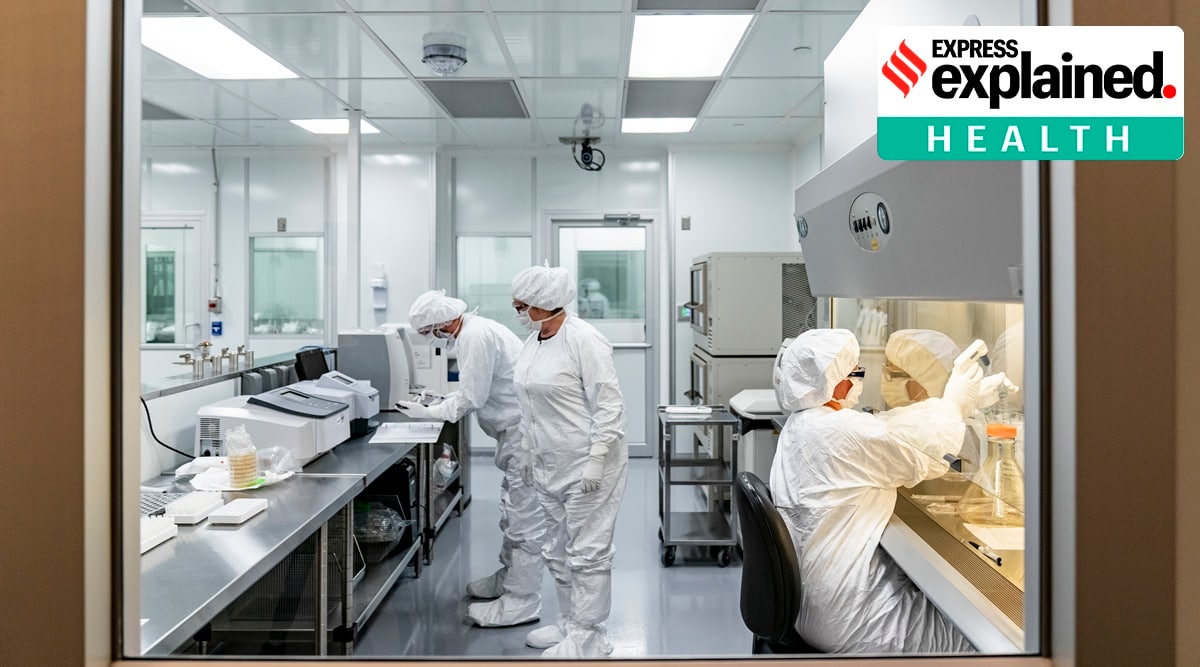 In delivering vaccines, pharmaceutical companies aided by monumental government investments have given humanity a miraculous shot at liberation from the worst pandemic in a century.

But wealthy countries have captured an overwhelming share of the benefit. Only 0.3% of the vaccine doses administered globally have been given in the 29 poorest countries, home to about 9% of the world’s population.

Vaccine manufacturers assert that a fix is already at hand as they aggressively expand production lines and contract with counterparts around the world to yield billions of additional doses. Each month, 400 million to 500 million doses of the vaccines from Moderna, Pfizer and Johnson & Johnson are now being produced, according to a U.S. official with knowledge of global supply.

But the world is nowhere close to having enough. About 11 billion shots are needed to vaccinate 70% of the world’s population, the rough threshold needed for herd immunity, researchers at Duke University estimate. Yet, so far, only a small fraction of that has been produced. While global production is difficult to measure, the analytics firm Airfinity estimates the total so far at 1.7 billion doses.

The problem is that many raw materials and key equipment remain in short supply. And the global need for vaccines might prove far greater than currently estimated, given that the coronavirus presents a moving target: If dangerous new variants emerge — requiring booster shots and reformulated vaccines — demand could dramatically increase, intensifying the imperative for every country to lock up supply for its own people.

The only way around the zero-sum competition for doses is to greatly expand the global supply of vaccines. On that point, nearly everyone agrees. But what is the fastest way to make that happen? On that question, divisions remain stark, undermining collective efforts to end the pandemic.

Some health experts argue that the only way to avert catastrophe is to force drug giants to relax their grip on their secrets and enlist many more manufacturers in making vaccines. In place of the existing arrangement — in which drug companies set up partnerships on their terms, while setting the prices of their vaccines — world leaders could compel or persuade the industry to cooperate with more companies to yield additional doses at rates affordable to poor countries.

Those advocating such intervention have focused on two primary approaches: waiving patents to allow many more manufacturers to copy existing vaccines, and requiring the pharmaceutical companies to transfer their technology — that is, help other manufacturers learn to replicate their products.

The World Trade Organization — the de facto referee in international trade disputes — is the venue for negotiations on how to proceed. But the institution operates by consensus, and so far, there is none. 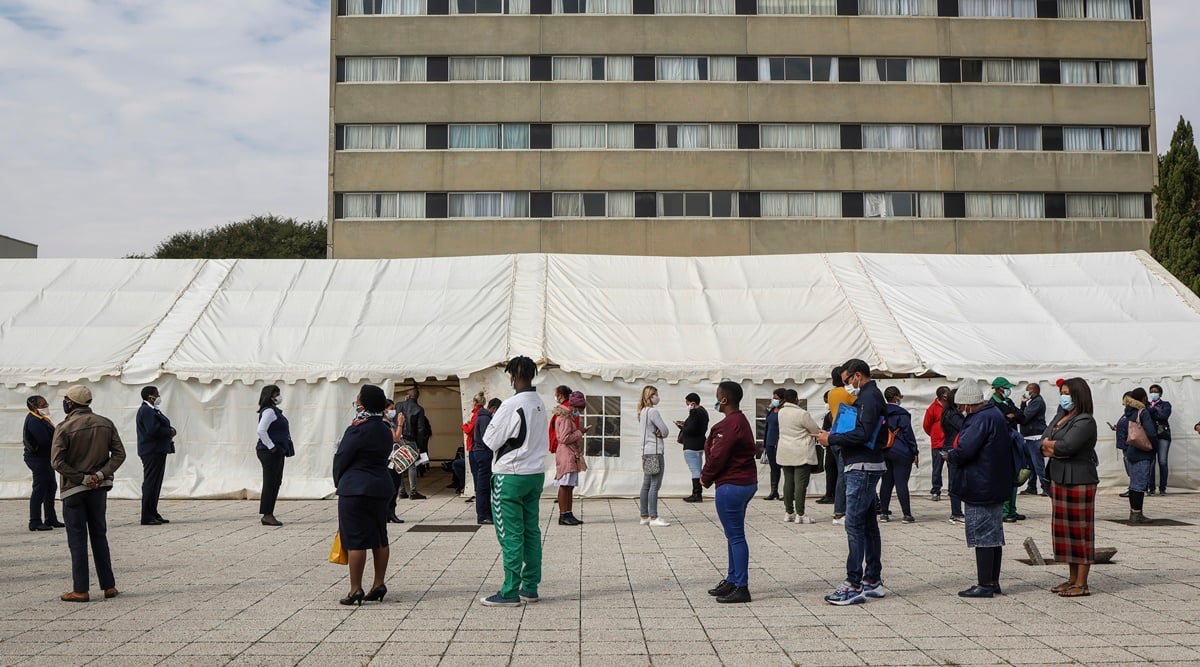 The Biden administration recently joined more than 100 countries in asking the WTO to partially set aside vaccine patents. But the European Union has signaled its intent to oppose waivers and support only voluntary tech transfers, essentially taking the same position as the pharmaceutical industry, whose aggressive lobbying has heavily shaped the rules in its favor.

Some experts warn that revoking intellectual property rules could disrupt the industry, slowing its efforts to deliver vaccines — like reorganizing the fire department amid an inferno.

“We need them to scale up and deliver,” said Simon J. Evenett, an expert on trade and economic development at the University of St. Gallen in Switzerland. “We have this huge production ramp up. Nothing should get in the way to threaten it.”

Others counter that trusting the pharmaceutical industry to provide the world with vaccines helped create the current chasm between vaccine haves and have-nots.

The world should not put poorer countries “in this position of essentially having to go begging, or waiting for donations of small amounts of vaccine,” said Dr. Chris Beyrer, senior scientific liaison to the COVID-19 Prevention Network. “The model of charity is, I think, an unacceptable model.” 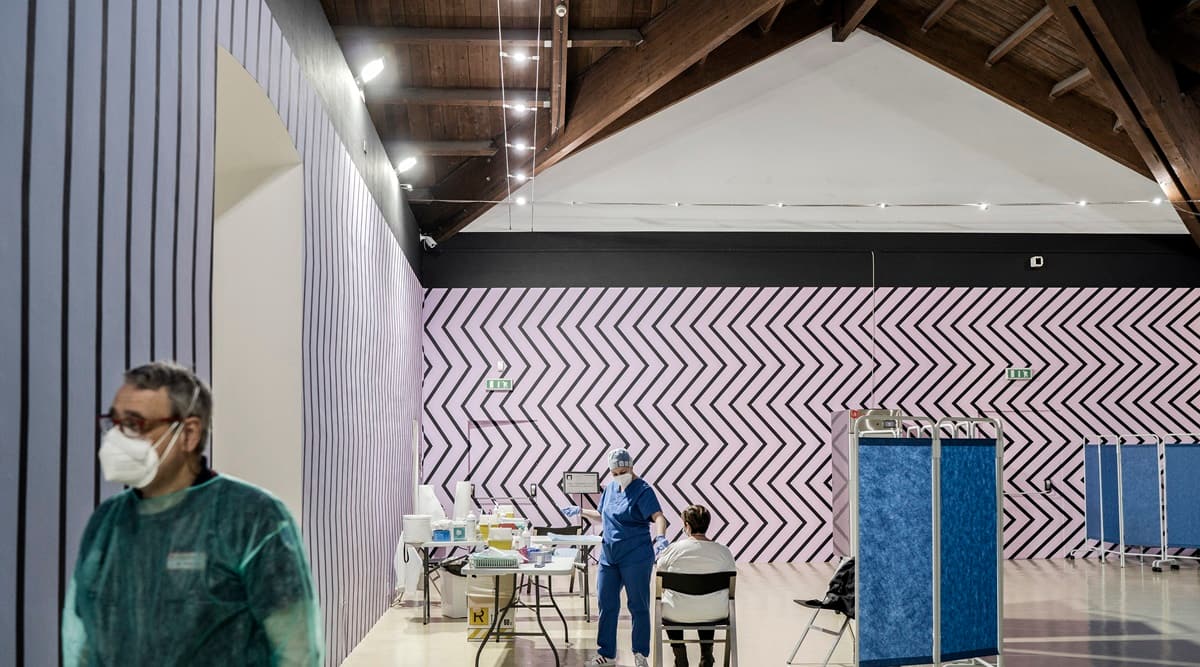 In this fractious atmosphere, the WTO’s leaders are crafting their proceedings less as a push to formally change the rules than as a negotiation that will persuade national governments and the global pharmaceutical industry to agree on a unified plan — ideally in the next few months.

The Europeans are banking on the notion that the vaccine makers, fearing patent waivers, will eventually agree to the transfers, especially if the world’s richest countries throw money their way to make sharing know-how more palatable.

Many public health experts say that patent waivers will have no meaningful effect unless vaccine makers also share their manufacturing methods. Waivers are akin to publishing a complex recipe; tech transfer is like sending a master chef to someone’s kitchen to teach them how to cook the dish.

“If you’re to manufacture vaccines, you need several things to work at the same time,” the WTO director-general, Ngozi Okonjo-Iweala, told journalists recently. “If there is no transfer of technology, it won’t work.”

Even with waivers, technology transfers and expanded access to raw materials, experts say it would take about six months for more drugmakers to start churning out vaccines.

The details of any plan to boost vaccinations worldwide may matter less than revamping the incentives that have produced the status quo. Wealthy countries, especially in the West, have monopolized most of the supply of vaccines not through happenstance, but as a result of economic and political realities.

Companies like Pfizer and Moderna have logged billions of dollars in revenue by selling most of their doses to deep-pocketed governments in North America and Europe. The deals left too few doses available for COVAX, a multilateral partnership created to funnel vaccines to low- and middle-income nations at relatively low prices.

Changing that calculus may depend on persuading wealthy countries that allowing the pandemic to rage on in much of the world poses universal risks by allowing variants to take hold, forcing the world into an endless cycle of pharmaceutical catch-up.

“It needs to be global leaders functioning as a unit, to say that vaccine is a form of global security,” said Dr. Rebecca Weintraub, a global health expert at Harvard Medical School. She suggested that the Group of 7, the group of leading economies, could lead such a campaign and finance it when the members convene in England next month.

Whether the world possesses enough underused and suitable factories to quickly boost supply and bridge the inequities is a fiercely debated question. During a vaccine summit convened by the WTO last month, the body heard testimony that manufacturers in Pakistan, Bangladesh, South Africa, Senegal and Indonesia all have capacity that could be quickly deployed to produce COVID vaccines.

One Canadian company, Biolyse Pharma, which focuses on cancer drugs, has already agreed to supply 15 million doses of the Johnson & Johnson vaccine to Bolivia — if it gains legal permission and technological know-how from Johnson & Johnson.

But even major companies like AstraZeneca and Johnson & Johnson have stumbled, falling short of production targets. And producing the new class of mRNA vaccines, like those from Pfizer-BioNTech and Moderna, is complicated. Where pharmaceutical companies have struck deals with partners, the pace of production has frequently disappointed.

“Even with voluntary licensing and technology transfer, it’s not easy to make complex vaccines,” said Dr. Krishna Udayakumar, director of the Duke Global Health Innovation Center. Much of the global capacity for vaccine manufacturing is already being used to produce other lifesaving inoculations, he added.