India-UK Flights resume: The Civil Aviation Ministry announced Friday that flights from the UK will resume on January 8 in a staggered manner. Which flights will resume? What do passengers arriving in India from the UK need to do? 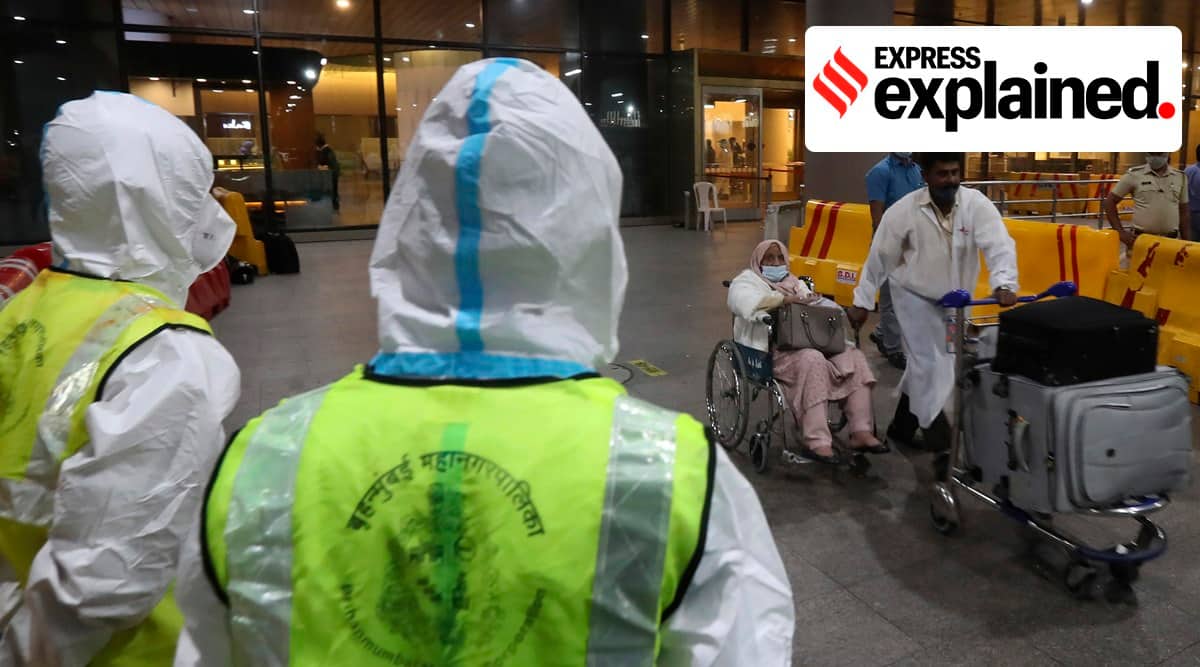 The Ministry of Health and Family Welfare has issued the standard operating procedure for epidemiological surveillance and response to the new variant of the novel coronavirus in the context of regulated resumption of flights from the UK to India, January 8 onward.

The Civil Aviation Ministry announced Friday that the flights from the UK, which have been suspended since December 22, will resume on January 8 in a staggered manner.

The Centre has allowed airlines from both India and the UK to resume 15 flights each every week between January 8 and January 23. Airline officials said the carriers are preparing schedules and will be reaching out to customers once they are prepared.

Air India said the passengers who were booked to fly on December 23 will be the first ones to be flown out of the UK. While earlier flights from the UK were operating to various airports in India, only Delhi, Mumbai, Bengaluru and Hyderabad will receive passengers for the time being. Those wanting to fly to other cities will need to book connecting flights out of these four hubs.

It is also noteworthy that the Directorate General of Civil Aviation (DGCA) will allow flights in a spaced out manner to avoid any crowding of UK passengers when testing protocol is being followed.

What do passengers arriving in India from the UK need to do?

In line with the guidelines for other international arrivals, all inbound passengers from the UK will have to submit self-declaration forms on an online portal (www.newdelhiairport.in) at least 72 hours before their scheduled travel. Passengers arriving from the UK also need to carry negative RT-PCR test reports, for which tests should have been conducted within 72 hours prior to undertaking the journey. Airlines have been asked to ensure that passengers are carrying the negative test report prior to allowing them to board the flight.

Upon arrival at Indian airports, all passengers coming in from UK in all international flights will be subject to mandatory self-paid RT-PCR tests. This means that any passenger taking a connecting flight via one of the international hubs such as Dubai, Doha, etc will also be subjected to mandatory testing. For the passengers who await their test results at the Indian airports, airports have been asked to make adequate arrangements to keep these passengers in isolation.

What happens if a passenger tests positive for Covid-19 upon arrival?

Passengers testing positive shall be isolated in an institutional facility in a separate (isolation) unit coordinated by the respective state health authorities. They will earmark specific facilities for such isolation and treatment, and take necessary action to send the positive samples to Indian SARS-CoV-2 Genomics Consortium (INSACOG) Labs. If the test report reveals the the Covid-19 variant is not the new one, then the ongoing treatment protocol, including home isolation or treatment at facility as per case severity, will be followed.

What happens in case one has travelled next to a Covid-19 positive passenger?

For passengers who test positive upon arrival, all their contacts will be subject to institutional quarantine and will be tested as per the ICMR guidelines. For this purpose, the contacts will include the co-passengers seated in the same row, three rows in front and three rows behind, along with identified cabin crew.

The state-wise passenger manifest of the flights from the UK landing at Delhi, Mumbai, Bengaluru, Hyderabad and Chennai airports in India for the said period shall be conveyed by the Bureau of Immigration to State Government and/or the Integrated Disease Surveillance Programme (IDSP).

Why is the government taking these steps?

The mutated strain of the coronavirus, which originated in the UK, has already spread across 23 countries including the US, China, Germany, France, the Netherlands, Canada, Japan, South Korea and Singapore. In India alone, at least 29 people who arrived from the UK between the time the suspension was announced and was implemented, were found infected with this new variant. This variant is estimated by European Center for Disease Control (ECDC) to be more transmissible and affecting younger population.