Onake Obavva died fighting the troops of Hyder Ali, a ruler of the Mysore Kingdom and father of Tipu Sultan, when he invaded the Chitradurga Fort, which was ruled by Madakari Nayaka in the 18th century. 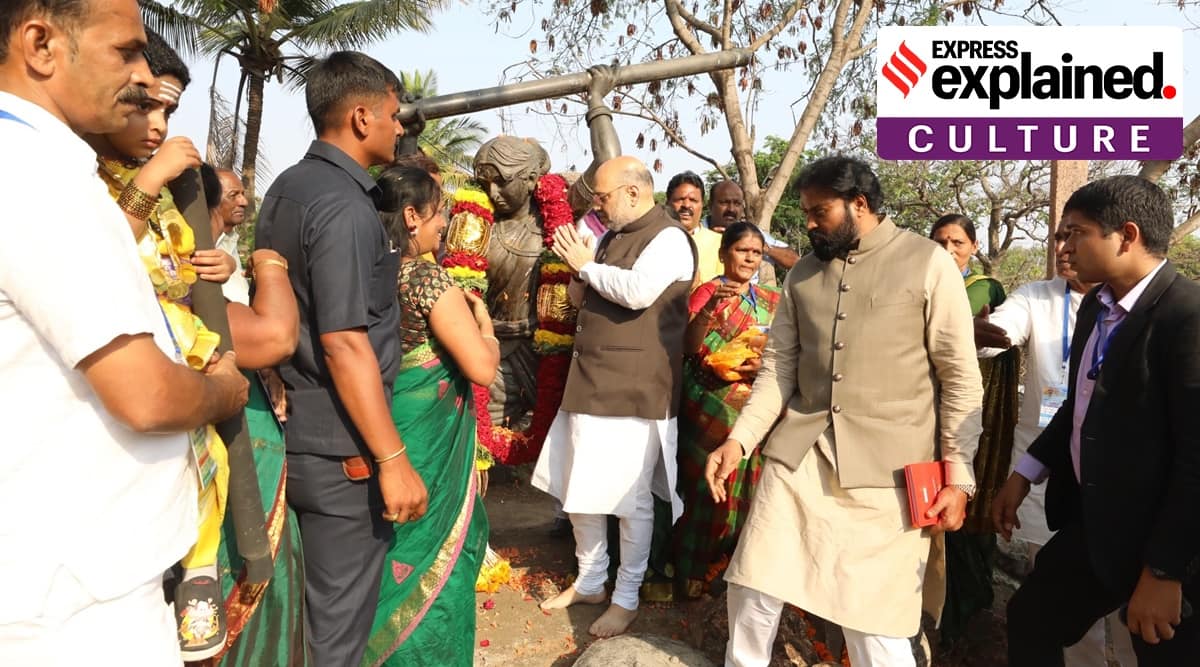 From this year, the Karnataka government has decided to celebrate ‘Onake Obavva Jayanti’ on November 11 throughout the state. A government order Tuesday stated that the Kannada and culture department has proposed a state-sponsored celebration of the birth anniversary of Onake Obavva, a woman warrior who fought the forces of Hyder Ali single-handedly with a pestle (‘onake’ in Kannada) in Chitradurga in the 18th century,

So, who is Onake Obavva?

Onake Obavva died fighting the troops of Hyder Ali, a ruler of the Mysore Kingdom and father of Tipu Sultan, when he invaded the Chitradurga Fort, which was ruled by Madakari Nayaka in the 18th century. Chitradurga Fort, locally known as Elusuttina Kote, (the fort of seven circles in Kannada), is situated in Chitradurga, 200 km northwest of Bengaluru.

Obavva is considered to be the epitome of Kannada pride and celebrated along with other women warriors of Karnataka state like Abbakka Rani (first Tuluva Queen of Ullal in coastal Karnataka who fought the Portuguese), Keladi Chennamma (the queen of the Keladi Kingdom who is known for fighting against Mughal emperor Aurangzeb), and Kittur Chennamma (Queen of Kittur known for the 1824 revolt against the British East India Company). 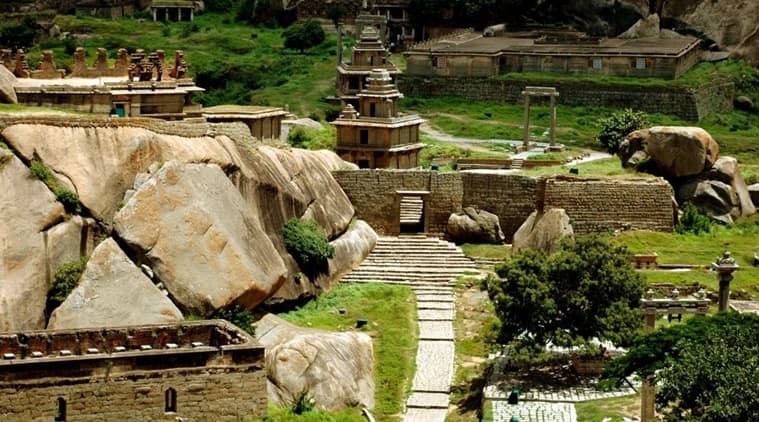 How did Onake Obavva save the Chitradurga Fort of Madakari Nayaka?

Onake Obavva was the wife of soldier Kahale Mudda Hanuma, who was the guard of the fort. Her story of bravery is part of the folklore of Karnataka. It goes like this:

One day, Obavva, while fetching water, heard the muffled sounds of Hyder Ali’s soldiers trying to enter the fort through a small hole that was just big enough for one person at a time to crawl through.

She heard the soldiers talking among themselves and rushed back home to tell her husband. But since he was having lunch, she decided to fight them alone.

Obbava took an ‘onake’ or pestle (a wooden long club meant for pounding paddy grains) from her house and hid silently next to the stone hole. She killed each soldier as his head appeared through the opening and dragged his body inside the wall. By the time her husband and others came to her aid, many of Hyder Ali’s soldiers were already dead.

But while directing the army towards the enemy, Obbava missed to spot the last invader who entered the fort and killed her.

Onake Obavva’s courage and quick thinking have been praised by the people of Karnataka, especially in the Chitradurga region, where a stadium is named after her. Her sculpture is installed by the government near the district commissioner’s office in Chitradurga. The hole through which Hyder Ali’s soldiers entered is called ‘Onake Obavvana Kindi’ (kindi means hole in Kannada) and has become a tourist spot along with the Chitradurga Fort. 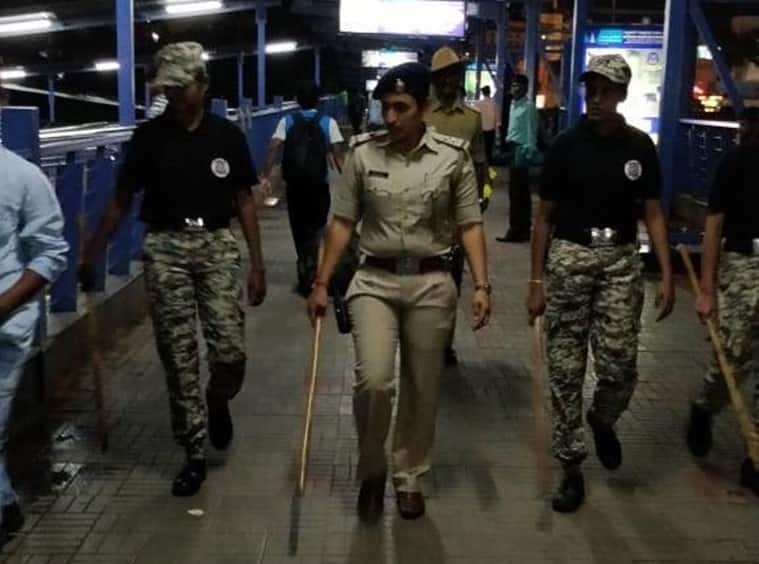 Her courageous deed is depicted in a famous song sequence in the 1972 Kannada movie ‘Nagarahavu’, directed by the famous Kannada film director Puttanna Kanagal.

Inspired by Onake Obavva, in 2018, the Chitradurga police started ‘Obavva Pade’, a squad of women police constables to protect and educate women in the district. Obavva squads were deployed in various parts of the district teaching women basic self-defence, educating them about the Protection of Children from Sexual Offences (POSCO) Act, offences under the Indian Penal Code, Narcotic Drugs and Psychotropic Substances (NDPS) Act, cybercrimes, and mobile offences.

The initiative was also implemented in Bengaluru the same year by the Bengaluru West division Police and in 2019 the Shivamogga district police started the squad with two female constables and one male  constable patrolling the city, covering schools, colleges and other places to keep tabs on the eve-teasers.