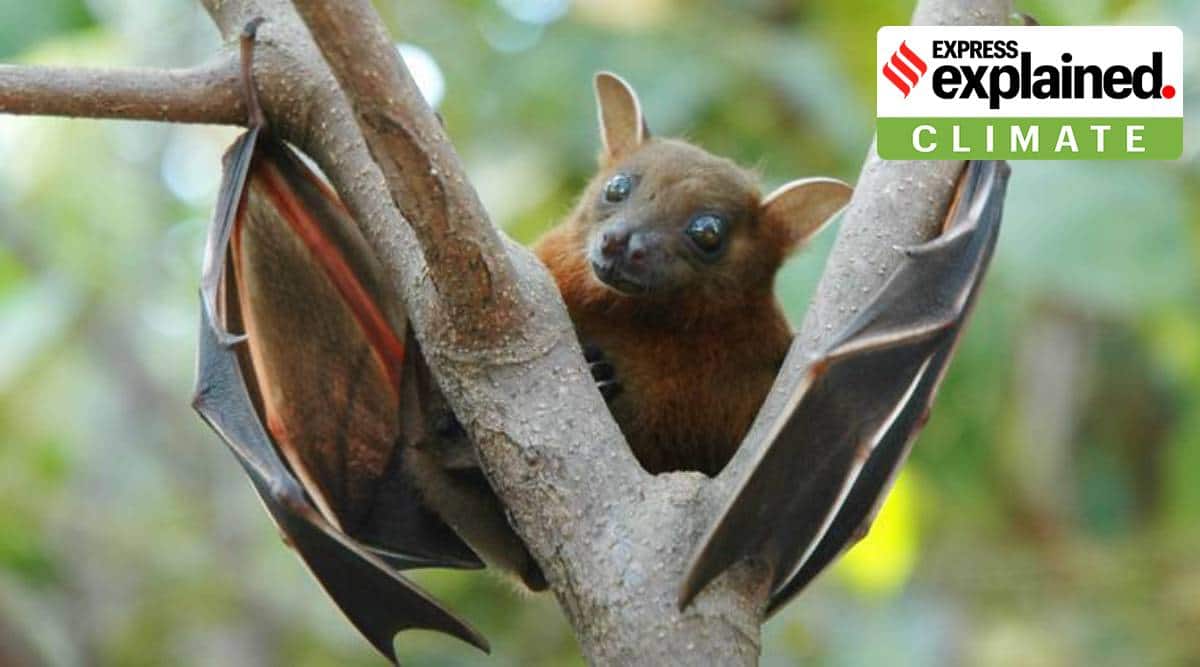 A bat dubbed the “Olympian bat” by scientists is peaking the interest of climate scientists after she broke British records by flying a distance of more than 2,000 km from London to the Pskov region in northwestern Russia.

The female belonging to the Nathusius’ pipistrelle species of bats was discovered by a resident of a small Russian village called Molgino, which is located in the Pskov region of Russia. The resident Svetlana Lapina noticed that the bat’s arm had been ringed and had “London Zoo” written on it. Back in 2016, the bat was ringed by a bat recorder Brian Briggs near Heathrow in London. At the time it was about the size of a human thumb and weighed just about 8 grams or roughly the weight of eight paper clips. However, once the bat arrived in Russia it fell prey to a cat. It was found injured on the ground and rescued by a Russian bat rehabilitation group but died later.

Have any other bats travelled such distances?

The ‘Olympian’ bat’s record is topped by another bat from the same species that flew from Latvia to Spain in 2019 covering a distance of 2,224 km.

An article titled , “The record-setting flight of a bat that weighs less than a toothbrush” published in the journal Nature in November 2020 notes that bats belonging to the Nathusius’ pipistrelle species typically weigh less than 10 grams are known to migrate from summer breeding grounds in northeastern Europe to warmer areas of the continent where they hibernate in trees in buildings.

About the bat that holds the current record for travelling the farthest, the article says that the creature is so small that it could fit into a matchbox if its wings were folded. Further, the distance of 2,224 km is likely an estimate because it is estimated as per the shortest distance between Latvia and Spain. 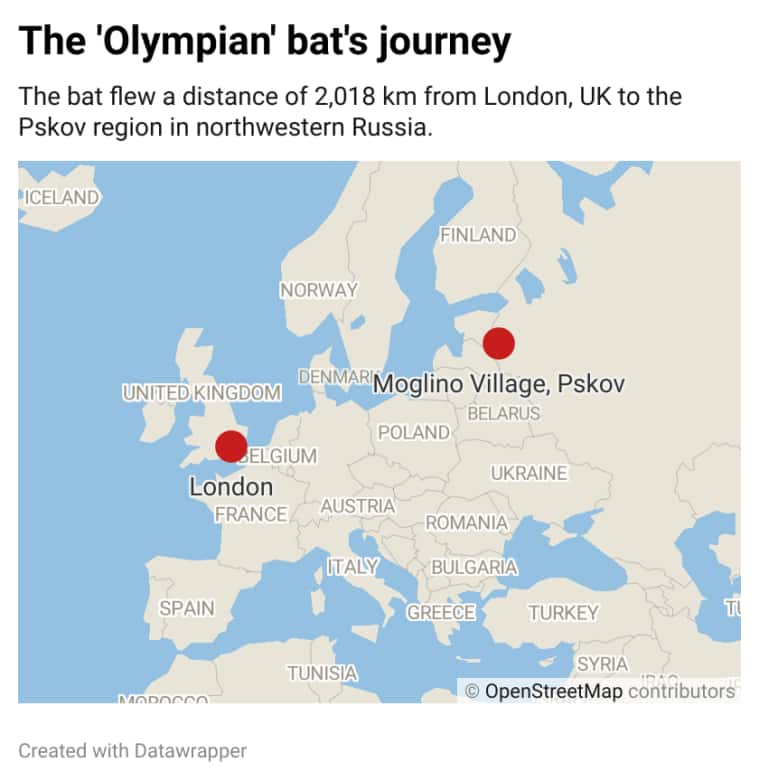 Why is the journey significant?

The journey is significant because it is the longest one undertaken by a bat from Britain across Europe. For climate scientists the journey is a window into studying bat migration and its connection with climate change.

Bat Conservation Trust UK says that the Nathusius’ pipstrelle’s range expansion is linked to climate change and future changes in climate will further impact this species. With more information scientists will be better equipped to fully understand these effects.

The Bat Conservation Trust launched a project called the National Nathusius’ Pipistrelle Project in 2014 to improve our understanding of the ecology, current status and conservation threats for Nathusius’ pipistrelles in Great Britain. One of the goals of this project is to determine the migratory origins of this species of bats since they might help in understanding its links to climate change. There is already some evidence of birds migrating early because of a warming planet.