Kyarr is expected to develop into an 'extremely severe cyclonic storm' by this evening, which is the second highest category of tropical cyclones according to their strength. 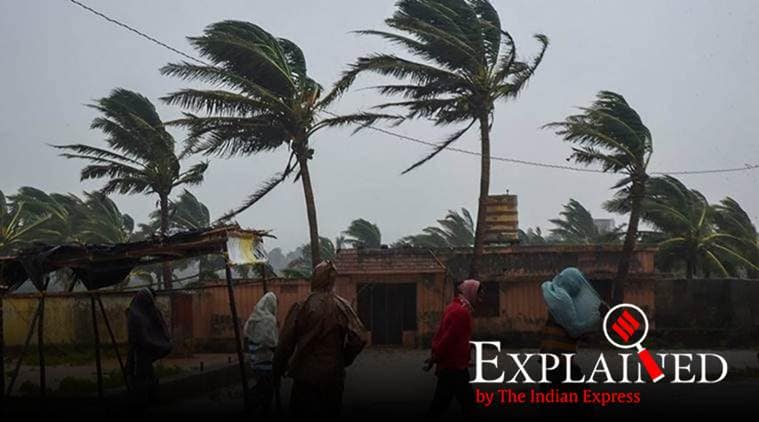 Many places in Maharashtra, Goa and Karnataka are receiving rains for the last few days, mainly because of cyclonic storm ‘Kyarr’ in the Arabian Sea that was stationed south of Ratnagiri on Saturday morning. It was about 350 km south-southwest of Mumbai coast, moving with a speed of 12 km per hour. Kyarr is expected to develop into an ‘extremely severe cyclonic storm’ by this evening, which is the second highest category of tropical cyclones according to their strength.

Cyclone Kyarr, which is likely to have wind speeds touching 170-180 km per hour at its strongest, is the most powerful tropical cylcone to emerge near the Indian landmass after the Fani which had caused large-scale devastation on the Odisha coast in May this year. Kyarr, however, is not expected to hit the Indian coastline. Like most cyclones that emerge in the Arabian Sea, it is expected to swerve west-northwestwards and move towards the Oman coast. This is likely to happen over the next five days, according to the India Meteorological Department.

During the time that it is near to the Indian coast, however, it is likely to result into widespread rainfall in the adjoining regions. The IMD said light to moderate rainfall was expected at many places over coastal districts of Konkan and Goa and south Gujarat over the next 24 hours. The western coast is also likely to experience strong winds, reaching speeds of 120-130 km per hour on Saturday and Sunday.

IMD has warned that sea was likely to be rough in this region for the next two days and advised fishermen not to venture into the sea along the Maharashtra-Goa-Karnataka coasts.