Experts highlight that the analytical skills engineers gain while preparing for the JEE examination and further during graduation gives them a edge in qualifying the prelims examination. 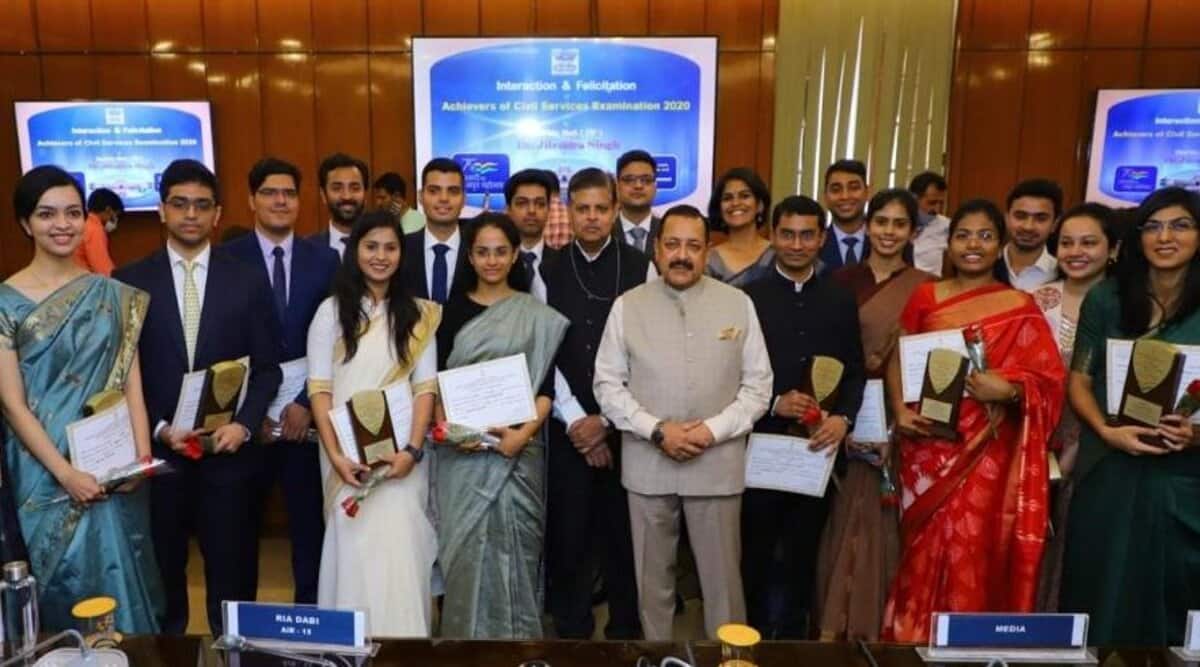 UPSC recently declared the final results of the Civil Service 2020 examination and this year, six out of the top 10 rankers are from engineering backgrounds — predominantly from one of the branches of the Indian Institute of Technology (IIT). In the last decade — except two (2011 AIR 1 Shena Agarwal and 2015 Tina Dabi) — all UPSC CSE toppers have been from the engineering discipline, subverting the popular notion that the exam is easier to qualify for those with a humanities academic background.

Despite bagging lucrative placement offers, engineers are inclined towards joining the administrative services. While some begin their preparation right after graduation, many quit their corporate careers to invest their efforts in cracking the examination. As per the data available on the DoPT website, the number of engineers qualifying the UPSC Civil Service examination has increased in the last 10 years. In 2019, the number might have been much higher than 27 as many officers with an engineering degree are put under the ‘graduate’ category by the DoPT.

Apart from these, a total of 17 students from IIT-BHU (Varanasi) qualified the Civil Services Exam 2020. Owing to the increasing interest among students, IIT-BHU alumni now host regular counselling and knowledge-sharing sessions for the UPSC aspirants.

Acknowledging the increasing inclination of engineering students towards civil services, IIT (BHU) Varanasi Director Pramod Kumar Jain said, ”With access to better opportunities and increase in consciousness to serve society, the difference between civil services and a corporate career has almost disappeared. Individuals from both sides of the job profile want to emphasise the need to build stronger communities. Eventually, civil services give direct access to do so.”

“With respect to IITians, their vast alumni inspire them to build a good base to gain knowledge. In my opinion, that proves to be a huge advantage for them in qualifying this exam,” Jain added.

Experts highlight that the analytical skills engineers gain while preparing for the engineering entrance examinations and further during their graduation give them an edge in qualifying the prelims.

AIR 2 Jagrati Awasthi is a BTech graduate. She explained that engineers qualify CSE because of their good analytical aptitude as a result of undergoing four-year engineering studies. However, it is a candidate’s hard work and determination, irrespective of their background, that helps them crack a competitive exam like Civil Services.”

Shubra Ranjan, co-founder, Shubhra Viraj EduTech Private Limited, believes that the logical and analytical skills engineers experience during their course of study help them in cracking the prelims stage easily.

“In India, the students of humanities and commerce stream do not experience the systematic approach as compared to their science counterparts. The university admissions for these courses are also largely based on high school marks, hence dividing them from facing any source of competition. Whereas the science students follow a systematic approach to prepare themselves for the competition right after completing high school. Hence, they have an edge in facing competitive environments and clearing the examination,” she further added.

IFS Ankit Kumar, a 2019 batch officer, believes that the introduction of the CSAT exam has played a favourable role for engineering students appearing for this examination. “Each year, the difficulty level of the CSAT paper has eventually increased. This usually costs a chance for many non-engineering students whereas science students ought to perform better here, hence successfully qualifying the first stage,” Kumar said.

Many give up corporate perks to take the civil services route

“During the final year of graduation, I enrolled as an intern with the Ministry of Road Transport and Highways, Govt. of India. I had to report to a joint secretary-level IAS officer who also assigned us work. I was fascinated with the idea of how an IAS officer carries the authority to bring a change in society with his actions and responsibilities. It motivated me to become a civil servant and work for the nation and its development,” Ankush said.

Such is the story of Radhika Gupta who qualified the UPSC CSE 2020 this year with an all India rank 18. A BTech Mechanical Engineering graduate from GSITS Indore, Radhika worked with Honda Motors for a year before calling it quit to appear for the UPSC civil service examination.

“As I am a native of Alirajpur, a tribal district of MP, I wanted to work for the upliftment of tribals and women’s education and civil services seemed the best possible way to pursue my motive effectively. Hence, I decided to quit my job and prepare for this examination. Had I not cleared the examination in this attempt, I would have gone back to my corporate career and would have pursued my motive through some other channel,” Radhika said.