Worldwide, studies are under way to understand if a combination of two different vaccines can outperform two doses of the same vaccine. Experts caution, however, that mixing should not be randomly done but should be based on understanding multiple issues. 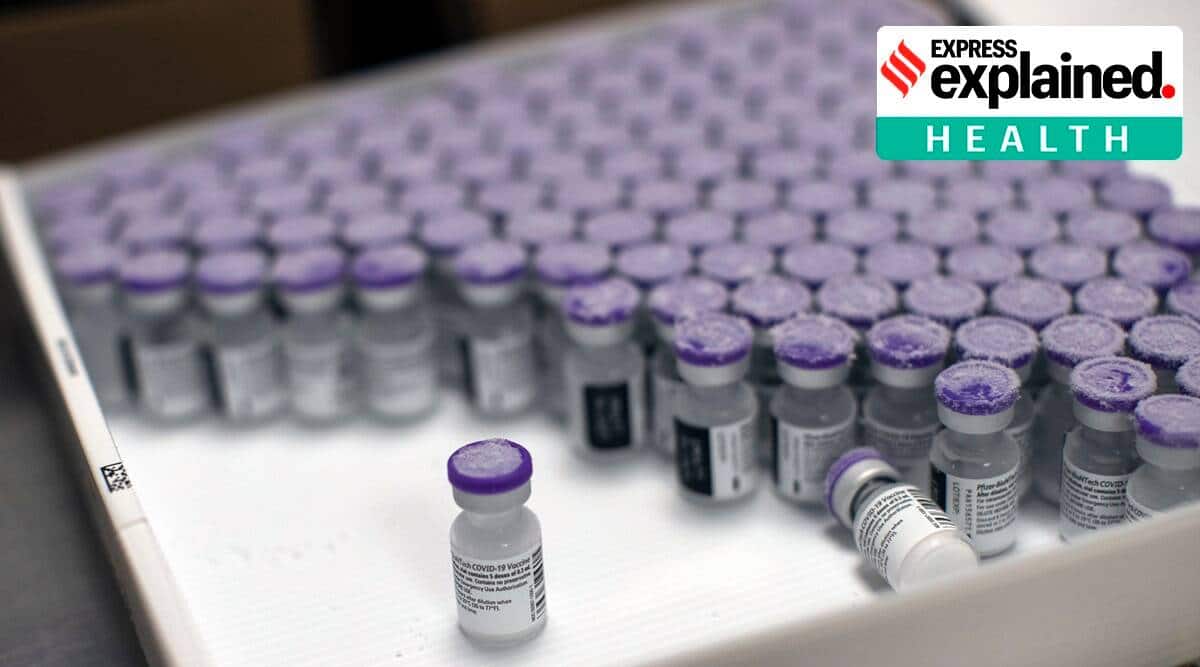 Mixing Covishield and Covaxin, the two main vaccines against Covid-19 in use in India, has found by a new ICMR study to be safe and also to provide better immunity. The two use different platforms: Covishield is an adenovirus vector platform-based vaccine, while Covaxin is an inactivated whole virus vaccine.

Worldwide, studies are under way to understand if a combination of two different vaccines can outperform two doses of the same vaccine. Experts caution, however, that mixing should not be randomly done but should be based on understanding multiple issues.

Who participated in the ICMR study?

“Overall, this study demonstrates that immunisation with a heterologous combination of an adenovirus vector platform-based vaccine followed by an inactivated whole virus vaccine is safe and elicits better immunogenicity than two doses of homologous vaccination, using the same vaccines,” the study said

The study is on a pre-print; it hasn’t been peer-reviewed yet.

What explains the findings?

“While ICMR using a mistake to get some preliminary data on heterologous vaccination is commendable, there is no great novelty in the approach. These results are really preliminary because it examines only 18 individuals with mixed vaccination,” leading immunologist Dr Vineeta Bal said. “There is no easy immunological explanation in the present case… The data shows that heterologous vaccination triggers better antibody response as compared to two shots of Covaxin. However, there is no such enhancement seen with two shots of Covishield,” she said.

Leading vaccine scientist Dr Gagandeep Kang said that what various studies have shown is that combinations are not inferior to two doses of the same vaccine. “Theoretically we can provide some explanation, but there is no data to state whether it is equally immunogenic or in some cases more immunogenic to use a combination of vaccine doses via a vis others,” Dr Kang said.

Is it advisable to mix vaccines, then?

According to the World Health Organization, there is currently limited data on the immunogenicity or efficacy of a “mix and match” regimen. The AstraZeneca recommendations have been modified to indicate that either of the mRNA vaccines (Pfizer or Moderna) can be used as a second dose following a first dose with the AstraZeneca vaccine, if a second dose of AstraZeneca vaccine is not available. Based on the basic principles of how vaccines work, “WHO is of the view that the mix-and-match regimens are likely to work. However, we really need to analyse the evidence in each of these vaccine combinations before any other recommendations can be made,” the WHO said in an email.

From a regulatory perspective, “regulators know only what companies have done — and mix-and match studies do not usually come under their purview as applications from companies, because companies want to sell two doses of their product, not one in combination with another company’s product”, Dr Kang said. “When academics do studies, they want to characterise immune response and understand whether it is strong and long lasting. All this is a process of learning and we have a long way to go and not just take limited information and draw large inferences.”

When are vaccines mixed?

Prior to Covid-19, studies have shown better and broader immune responses with mixing of vaccines of different types.

“For Covid-19, heterologous strategies may be able to induce combined antibody and cell-mediated immune response resulting in stronger, broader and long-lasting immunity. The potential advantages of such a strategy can lead to flexibility in using vaccines based on fluctuation in supplies, a possible robust immune response and finally efficacy against variants”, Dr Pujari said.

Can such a combination strategy work with Covishield and Covaxin?

“Covishield will trigger only an anti-spike protein response (and of course anti -adenovirus response). Covaxin used as a booster in principle should boost anti-spike response further and generate a primary response against all other SARS-CoV-2 proteins which are part of the Covaxin preparation,” Dr Bal said.

Mixing was discouraged because there was not data from clinical trials to support it. “Even now there is very limited data,” Dr Bal said.

Dr Pujari said mixing should not be haphazardly or randomly done using any platforms, “but should be based on understanding multiple issues: What are the correlates of immunity (humoral, cell mediated or both), which vaccines induce predominantly what kind of immune response, what is the correct sequence to elicit these responses, what should be the dosing interval between two prime and boost platforms, and durability of the immune response”.

Where else has this been tried?

The idea of heterologous boosting initially emerged in Europe, when the AstraZeneca vaccine was found to be associated with blood clotting in a handful of individuals. A second dose with a different platform (especially mRNA) was recommended by many countries for the young population.

“The published evidence for efficacy and safety of heterologous vaccine strategies is limited to 2-3 phase 2 and cohort studies up to 1000 individuals… No large phase 3 trials assessing vaccine efficacy on symptomatic illness of heterologous versus homologous strategies have been reported. These need to be urgently conducted,” Dr Pujari said.