Scarlett Johansson and Disney are embroiled in a legal battle. Here's a background of the case, and what it could mean for Hollywood's future. Scarlett Johansson and Disney are embroiled in a legal battle which could pretty well decide the future of how movies are released in a post-pandemic world and how actors engage with large studios.

Disney is the owner of Marvel Studios, the company behind the Marvel Cinematic Universe (MCU), by far the most profitable film franchise in history. The company has employed Johansson since 2008, playing the role of Russian spy turned Avenger Natasha Romanoff or Black Widow in MCU movies.

When the Covid-19 pandemic hit in late 2019 and early 2020, governments around the world shut down theatres to curb the spread of the virus. Global theatrical business went kaput as lockdowns were put in place. Many Hollywood movies intended for theatres instead went to streaming services.

In December, Warner Bros moved all its 2021 films into the hybrid release model — releasing the movies theatrically and on its streaming service HBO Max the same day. The movies include The Suicide Squad, Judas and the Black Messiah, The Matrix Resurrections, Dune, and so on.

The move unsurprisingly caused uproar in the filmmaking community, and among creatives, actors, and exhibitors. Christopher Nolan, who has worked with Warners since 2002’s Insomnia, was scathing. “Some of our industry’s biggest filmmakers and most important movie stars went to bed the night before thinking they were working for the greatest movie studio and woke up to find out they were working for the worst streaming service,” he told The Hollywood Reporter.

But Warner stuck to its guns, signaling a seismic shift in Hollywood’s distribution strategy. 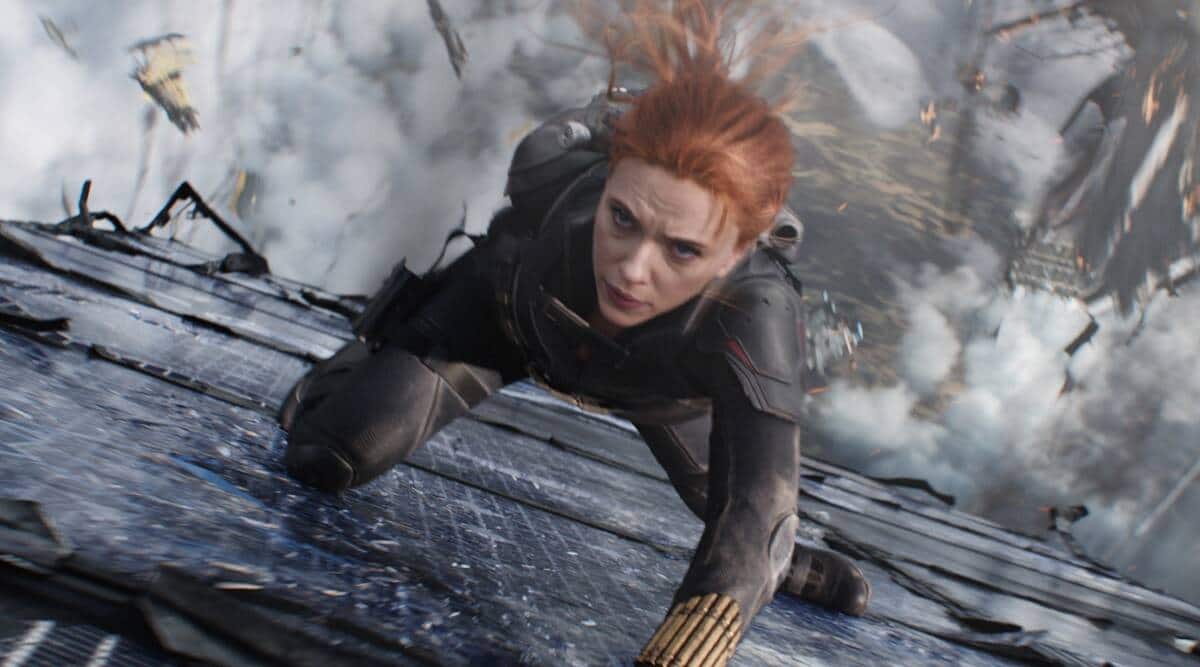 Disney had tried the same-day model with Mulan’s live-action remake in September 2020, and it had not exactly done wonders for them. Later, it implemented the same strategy for Raya and the Last Dragon, Cruella, and Jungle Cruise apart from Black Widow.

The contracts of big-time actors like Scarlett Johansson depend on the box office performance of their movies. Before the pandemic, there used to be a certain time gap (usually 30 days of 45 days) between theatrical and streaming releases. Since theatres, at least the few that opened, ran at half capacity, the model did not exactly work.

Why did Scarlett Johansson sue Disney?

Black Widow was released on July 9 in most markets. In the US and a few other select countries, the film was also released on Disney+’s PVOD service called Premier Access. On July 29, Johansson had sued Disney saying its hybrid release strategy for Black Widow, the first standalone movie on the superhero and probably last starring her, breached the terms of her contract. The lawsuit further claimed that the move allowed the studio to boost Disney+ subscriptions while also saving on box office bonuses that Johansson is rightfully due to.

“Disney intentionally induced Marvel’s breach of the agreement, without justification, in order to prevent Ms. Johansson from realizing the full benefit of her bargain with Marvel,” the lawsuit read.

Johansson also alleged that Disney’s decision to release the film in the current environment robbed her of $50 million in box office bonuses. As the simultaneous release diminished the film’s box office returns, her bonuses that depended on the film’s theatrical profits also suffered negatively.

What was Disney’s response?

The response from Disney came the same day, and it was shockingly aggressive. “There is no merit whatsoever to this filing. The lawsuit is especially sad and distressing in its callous disregard for the horrific and prolonged global effects of the Covid-19 pandemic. Disney has fully complied with Ms. Johansson’s contract and furthermore, the release of Black Widow on Disney+ with Premier Access has significantly enhanced her ability to earn additional compensation on top of the $20M she has received to date,” it read. The response does suggest that Scarlett stood to gain more compensation on top of her salary, lawsuit or not.

The war of words continues

Disney’s statement set off a war of words. Johansson’s agent, Bryan Lourd of Creative Arts Agency (CAA), slammed Disney’s response on July 30. He accused Disney in a statement of attacking the actor’s character and of revealing her $20 million salary for the superhero movie “in an attempt to weaponise her success as an artist and a businesswoman.”

On August 21, Scarlett, through her lawyer, pulled up Disney for its “misogynistic attack” and for fighting trying to “hide its misconduct in a confidential arbitration.”

“Why is Disney so afraid of litigating this case in public? Because it knows that Marvel’s promises to give Black Widow a typical theatrical release ‘like its other films’ had everything to do with guaranteeing that Disney wouldn’t cannibalize box office receipts in order to boost Disney+ subscriptions. Yet that is exactly what happened – and we look forward to presenting the overwhelming evidence that proves it,” the statement added.

What have Scarlett Johansson’s MCU co-stars said about the lawsuit?

Very little. Only three actors in MCU have commented so far, and one of them was a joke. Doctor Strange star Benedict Cumberbatch’s response was the very definition of diplomatic. He told The Hollywood Reporter, “It’s sad what’s going on between the lawyers. Just the verbiage and the accusations of, ‘Put it in a global pandemic context.’ The whole thing’s just a bit of a mess.” He added, “It’s a new paradigm, and it’s a very complex one. No one saw this coming, and no one should use hindsight to say, ‘Well, it should have been done.’”

Dave Bautista, who plays Drax the Destroyer in MCU, quipped on Twitter: “Told em they should’ve made a #Drax movie but noooooo! (sic)”.

Only Elizabeth Olsen, Wanda Maximoff in MCU, was openly supporting of Johansson. “I think she’s so tough and literally when I read that I was like, ‘good for you Scarlett’,” she told Vanity Fair.

What does the future hold?

The lawsuit is not limited to Johansson or Disney. It affects the whole entertainment business and is just the latest phase of the overarching theatrical vs streaming debate. Many have expressed fears that the theatrical model, not robust before the pandemic, is now dying a slow, lingering death due to the pandemic.

Warners has assured investors it will not repeat the same-day experiment for its 2022 slate. Disney has also so far not announced any project that wIl follow the hybrid release model.