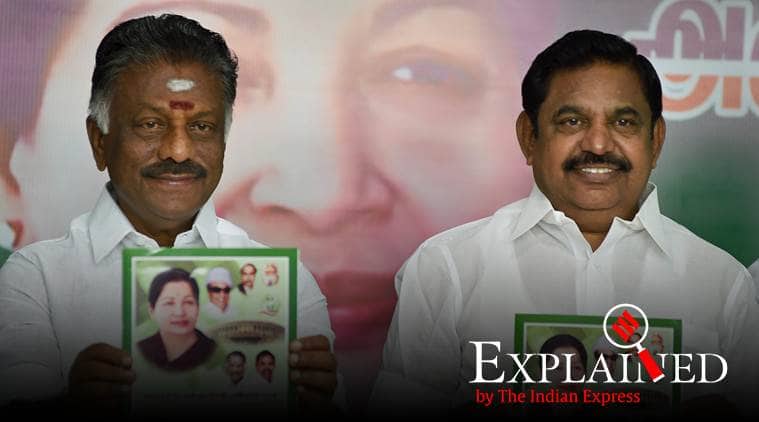 Going by the initial trends of poll results from Tamil Nadu, not only the BJP at the Centre but the AIADMK in Tamil Nadu too will continue to remain in power.

The ruling dispensation in the state may be facing a massive defeat in the Lok Sabha results with DMK leading in 36 of the 39 seats (including one seat in Puducherry), but they seem to have saved face in bypolls to 22 Assembly seats with a comfortable lead in 11 seats.

Besides comfortable leads in the first five hours of counting, the seemingly failed performance of TTV Dhinakaran’s Amma Makkal Munentra Kazhagam (AMMK) also gives an impression that the AIADMK government will survive comfortably. The government may get the solid support of six more AIADMK MLAs, including three supporting Dhinakaran and three fencesitters — Independent MLAs who were elected on the AIADMK symbol.

In Tamil Nadu’s 234-member Tamil Nadu Assembly, the ruling AIADMK has 113 MLAs including the Speaker, three Dhinakaran supporters and three independent MLAs. The opposition comprises 98 MLAs, including 97 of DMK alliance and one Independent, Dhinakaran himself.

Don’t miss form Explained | The BJP stands at the doorstep of history, here’s how

With BJP in the AIADMK alliance retaining power in Delhi and the stability of the state government too strengthened, there would be a lessened incentive for the three Dhinakaran MLAs to continue to support him. The same would logically apply to the three Independent AIADMK MLAs. Multiple leaders in both camps indicated that the stability of the government would help the AIADMK to gather more support.

In such a scenario, AIADMK needs only six more MLAs to retain the government. Multiple sources in DMK and AIADMK said the ruling dispensation is likely to win not less than eight seats in the bypolls as per the current trend.