Do cricket's lax laws help the likes of Jarvo gain access to a ground time and again? 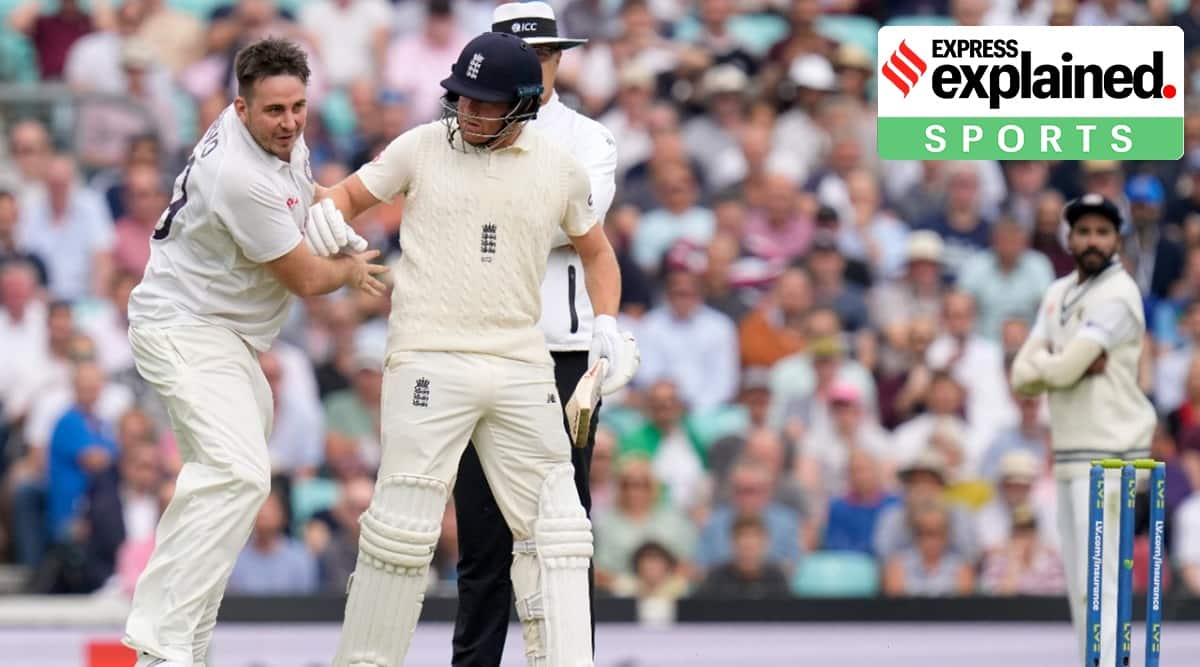 Daniel Jarvis, popularly known as Jarvo 69, and has a YouTube channel with 123,000 followers, was arrested by the police on ‘suspicion of assault’ after his latest pitch invasion at The Oval. This was his third such pitch invasion in as many matches. Do cricket’s lax laws help the likes of Jarvo gain access to a ground time and again?

Bordering on the dangerous

During the first session of the second day of the 4th Test at The Oval, Jarvo ran into non-striker Jonny Bairstow while mimicking a bowler’s runup. Baristow was caught by surprise as he wasn’t aware of Jarvo being so close to him. Jarvo also breached the bio-secure bubble in place for players. Jarvis donned the Indian kit with the name ‘Jarvo’ printed on the back.

This was the third time in this series Jarvo was able to enter the playing area and get close to the players.

Ollie Pope, the batsman at the other end, wasn’t impressed. “It got a few laughs the first time round. But it stops play for five minutes. There’s nothing to be gained from it. It does disrupt you but you’ve got to try and block it out,” Pope said.

Jarvo was held at the ground and arrested shortly.

During the second Test at Lord’s, Jarvo, in India Test whites, walked up to the wicket and started setting the field. This incident had fast bowler Mohammed Siraj in splits. However, it did raise questions about how easily a member in the crowd could enter the field of play. On Day 3 of the next Test at Headingley, Jarvo walked onto the pitch in batting gear and took guard near the pitch. He was promptly removed from the stadium and the Yorkshire Cricket and County Club (YCCC) banned him from entering the premises for life.

The England and Wales Cricket Board (ECB) have largely left it up to individual stadiums to come up with their own policy for pitch invaders. The authorities at Lord’s ejected him from the stadium but the YCC imposed an immediate ban.

Replying to a query by The Indian Express, YCC director of operations Sam Hinchliffe said, “Our policy is to eject immediately and issue a lifetime ban. We also refer to the ECB for them to share with all other venues for consistency.”

Following Jarvo colliding with Bairstow at The Oval, the ECB put out a statement.

“Any pitch invasion is completely unacceptable. The ECB and our host venues do not tolerate any behaviour which risks the safety of players, officials and staff. The ECB works closely with all our venues to share information and enhance their security operation.”

Jarvo’s motivation seems to be to earn clicks on his YouTube channel. But player safety can be an issue if the perimeter of the playing area is not secure. Though Jarvo has shown no intention to assault, the infamous incident in Germany in 1993 where a self-confessed Steffi Graf fan stabbed her rival Monica Seles in the back is a reminder of the potential danger.

At Leeds, Jarvo did carry a bat and in the third incident at The Oval he actually did barge into a player.

There have been incidents in football where a player was injured after a pitch invasion. Liverpool goalkeeper Adrian was injured after a pitch invader collided into him during the 2019 UEFA Super Cup. The same year, then Aston Villa player Jack Grealish was punched by a fan – who was subsequently arrested, banned from attending matches for 10 years and fined 350 pounds, which included 100 pound compensation for the player.

In an attempt to quell the cases of hooliganism in the United Kingdom, the Football Spectators Act was created in 1989. It decreed that “The court must make a football banning order where an offender has been convicted of a relevant offence and it is satisfied that there are reasonable grounds to believe that making a banning order would help to prevent violence or disorder,” according to the Sentencing Council’s website, as reported by Goal.com.

A Football Banning Order (FBO) meant that a fan was banned from attending football matches in the UK, and was not allowed to travel abroad to watch the national team play. Any breach of the order could result in up to six months imprisonment.

In 1991, the Football (Offences) Act was instituted, which essentially declared any entry onto the playing area, or an area not designated for spectators, is illegal. Pitch invasions itself though were not deemed an imprisonable offense.

There are numerous loopholes to be addressed once laws are made. A banned football fan cannot book a ticket. That individual, however, can have a family member book on behalf of them, or even purchase one on the black market or from a tout and enter the stadium. Venues in the United Kingdom do not have a face scanning mechanism in place at the turnstile to recognise a banned individual. Additionally, the stewarts manning the crowd can often be overwhelmed by large crowds – as was seen during the riots at the Euro 2021 final – where 20 people were reportedly arrested.