THE FAMILY that runs Sitaram Bhartia Institute of Science and Research in Delhi set up a trust in Cayman Islands, which went on to acquire a company there with at least two Swiss bank accounts and assets worth over $35 million at one point, records in the Pandora Papers investigated by The Indian Express show.

The Sitaram Bhartia Institute is a multi-specialty hospital in South Delhi’s Qutab Institutional Area, and is run by the Bhartia family with Abhishek Bhartia as director.

In 2006, the family set up The Bhartia Family Trust in Cayman Islands. In the same year, the trust acquired Carmichael Inc. By the end of June 2007, records show, Carmichael Inc had assets worth $35.39 million, and held accounts with Switzerland-based banks, Julius Baer and UBS. It had also appointed Switzerland-based Altis Investment Management AG to manage funds and paid $56,638 to the company for the year ended June 2007.

Julius Baer Trust Company (Cayman) Ltd was Trustee of The Bhartia Family Trust. Carmichael Inc’s resolution on January 16, 2008, states: “Carmichael Inc was incorporated as an Exempt company in the Cayman Islands on August 27, 2003, and is a wholly owned subsidiary of The Bhartia Family Trust. The company was acquired by its current shareholder in May 2006. The company’s principal activity is investing in marketable securities.”

The annual declaration of Carmichael Inc for the year ended June 2006 said its operations were “mainly outside the Cayman Islands”.

Records of fiduciary service providers including Overseas Management Company (OMC) Trust show that Om Prakash Bhartia, Abhishek Bhartia’s father, is the beneficial owner of the Carmichael Inc. His Delhi address is on record.

Despite being the beneficial owner of Carmichael Inc, O P Bhartia is not a director on the company’s board. Records list Valerie Mullen as the board chairman and Ingrid Powell as secretary. Both individuals were representatives of CI Directors Ltd, which is a subsidiary of Julius Baer Group AG.

The profit and loss statement of Carmichael Inc shows that the company had no business income and was only earning on investments. The total income of the company was $3,44,000 (net dividend income, bond interest, bank interest), and the net realised gains on investment for the year ended June 2007 was $1.62 million. 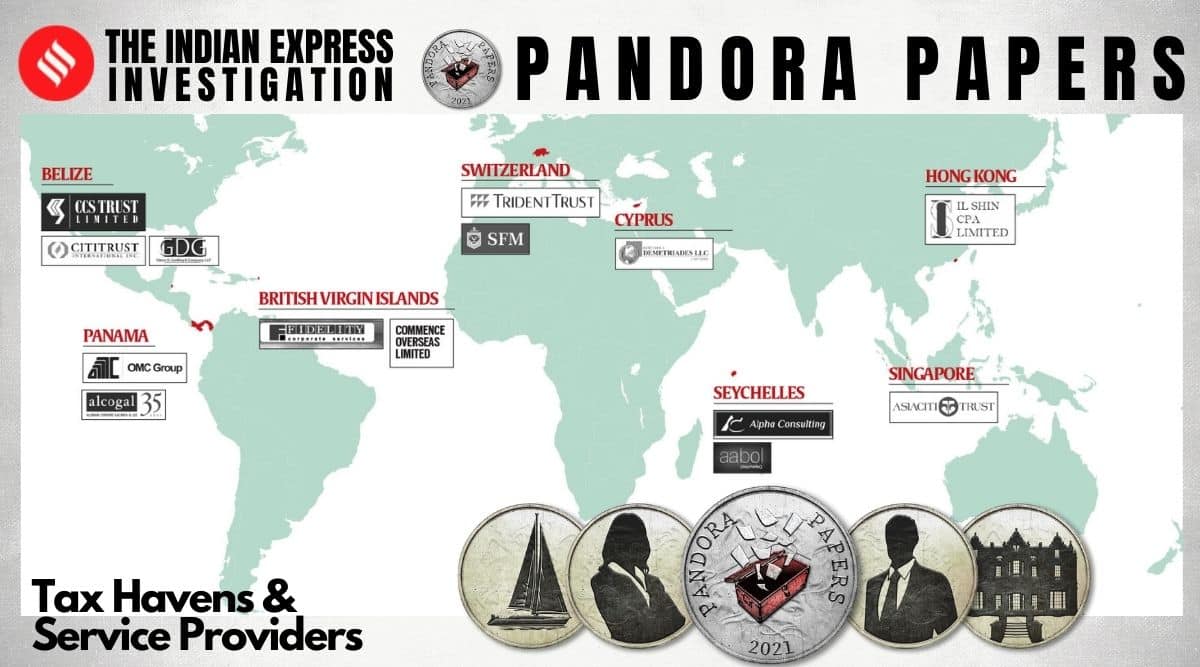 Records show that in 2007, the shareholders gave unsecured interest-free loans amounting to $24.69 million to Carmichael Inc. Subsequently, the company renewed the investment advisory agreement with Altis Investment through a resolution in November 2007 and revised the annual fee with effect from July 18, 2007. The company held its bank account with Julius Baer and UBS and made a set of payments: investment management fee of $55,638 to Altis Investment, portfolio fee of $73,062 in the year ended June 2007, and bank charges of $67,191.

A written resolution of Carmichael Inc shareholders, dated Jan 8, 2008, on financial statements ended June 2007, shows that the company was still controlled by “The Bhartia Family”. The resolution was signed by two directors “For and on behalf of Julius Baer Trust Company (Cayman) Ltd as Trustee of The Bhartia Family Trust”.

The OP Bhartia family did not respond to questions emailed by The Indian Express.