The Federal Bureau of Investigation has re-released a batch of archival photos showing the devastation at the Pentagon following the 9/11 terror attacks.

The FBI uploaded 27 photos to its website’s “FBI Records: The Vault” section, showing the horrific aftermath at the facility, located in Arlington County, Virginia.

The Pentagon was hit when Al Qaeda terrorists flew American Airlines flight 77 into the side of the building, killing 184 people.

All 59 passengers and crew on board were also killed along with the five terrorists.

Here are scenes from that unforgettable day. 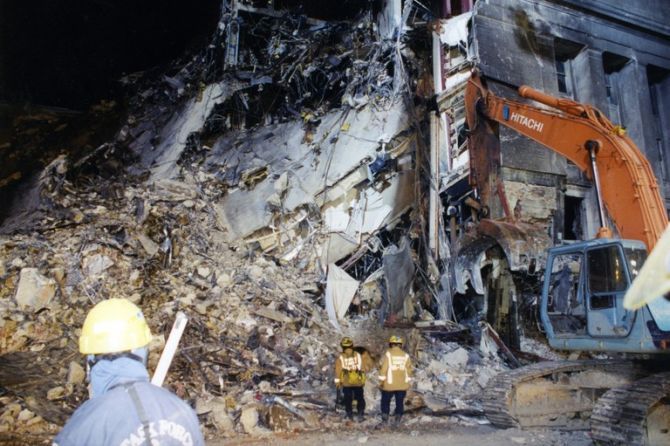 The debris of the Pentagon building after the plane slammed into the building. All photograph: Federal Bureau of Investigation 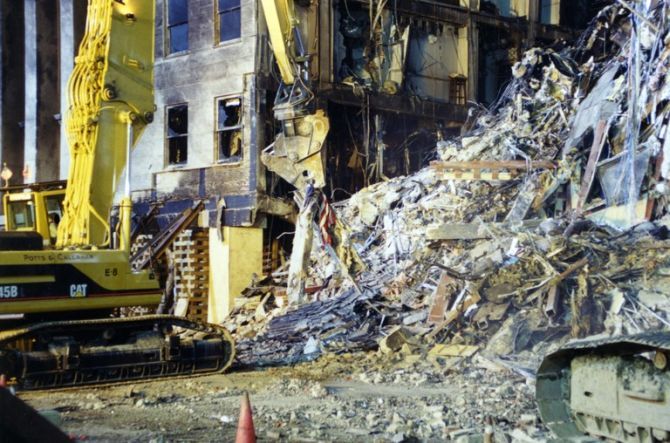 The crash created a hole around 20 feet wide and 100 feet deep. 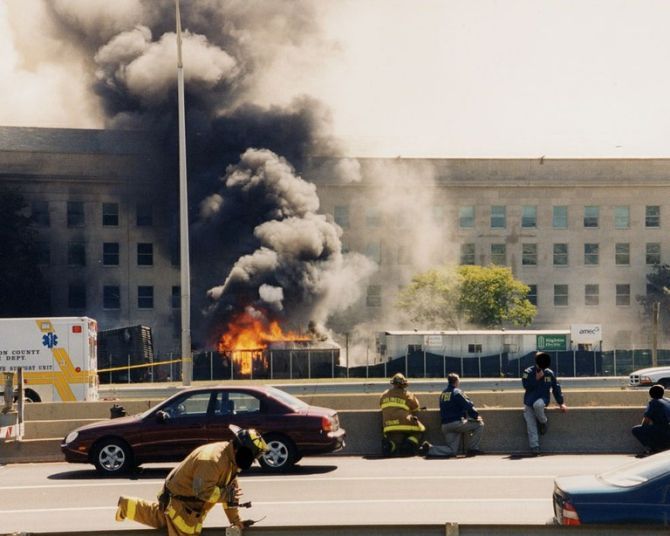 FBI agents alongside firefighters as flames still burn on the Pentagon grounds. Sniffer dogs were employed by search and rescue workers in the hope of finding trapped survivors. Tragically there were none. 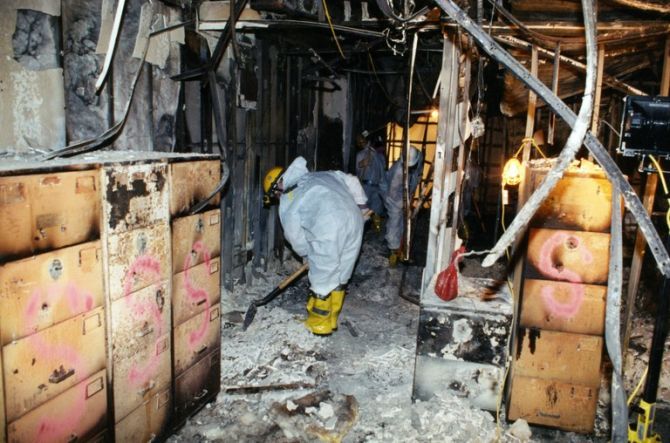 The FBI deployed forensic specialists to go through the aftermath of the Pentagon attacks. Their identities were obscured in the released photographs. 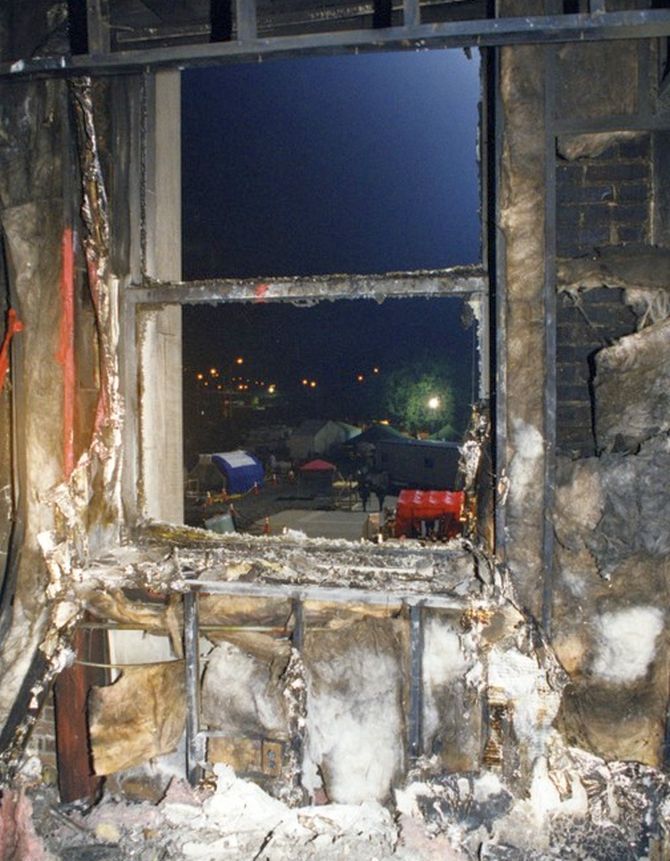 A large part of the building was reduced to rubble. The interiors of the Pentagon shows the damage caused. Almost nothing was salvageable after the incident. An overhead view of the damage after the attack. 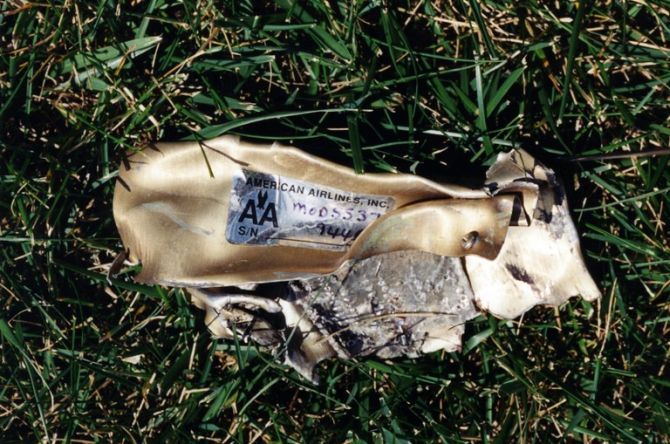 More fuselage from the plane. 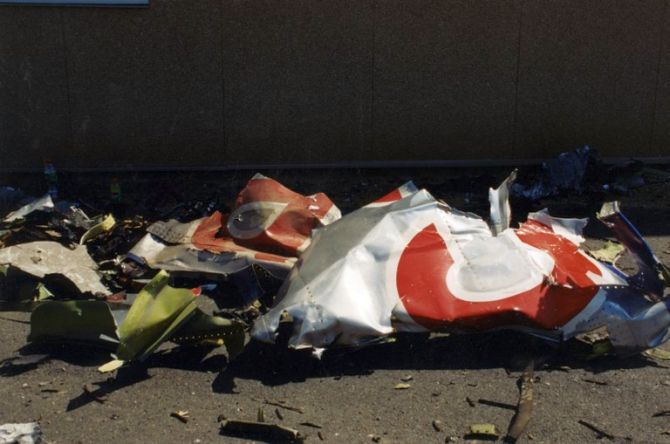 The plane’s fuselage in American Airlines colors was left on the lawn outside the Pentagon.

PLEASE SEE OTHER 9/11 RELATED STORIES IN THE LINKS BELOW