The death and devastation of the pandemic’s second wave has made India’s middle class confront reality. This is the moment to step forward and take responsibility for the public realm. 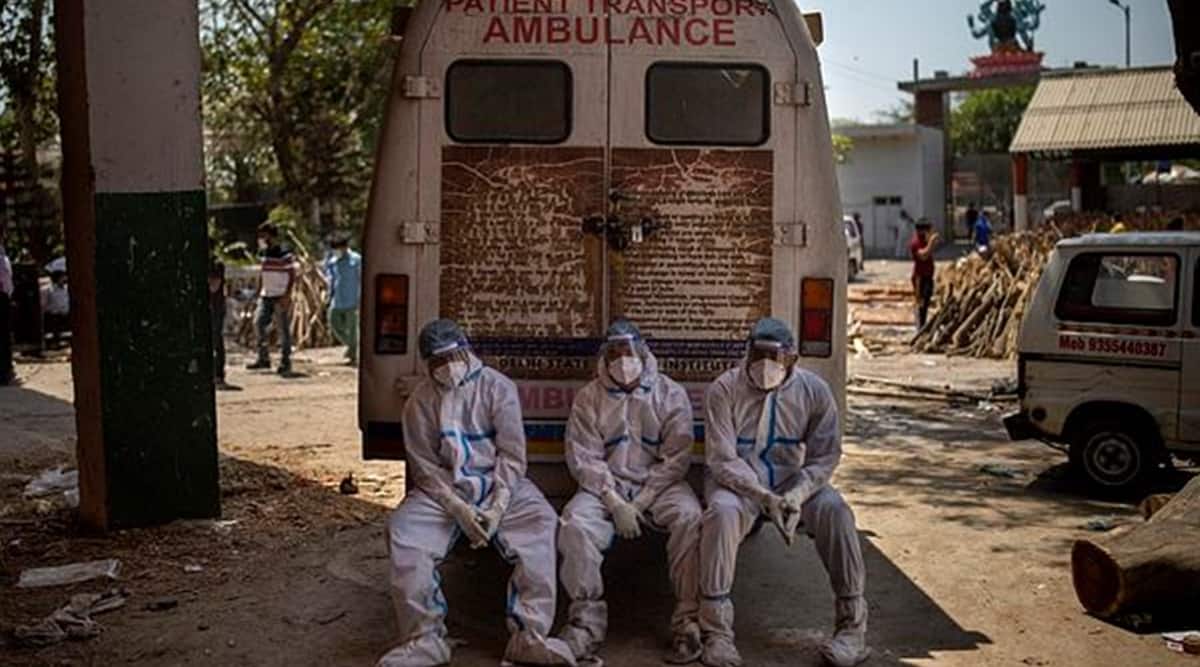 There is an inexpressible pain that we have been going through. At times, it comes with language, at other times, it evades us, leaving us with rage. Our loved ones have been gasping for air, dying undeserved, untimely deaths. Those statistics became familiar names, and names become faces — the same faces with whom we laughed, cried, only a little while ago. They are receding in the background, going in obscurity.

We could have avoided many of these deaths, as there is nothing natural about them. More than their death, the agony felt here is about the wastage of life. One mourns the life that couldn’t be lived, that could have made a difference to the world.

There is also a sense of novelty for us – the formidable middle class – as our experience of death comes from certain privilege. We don’t die because of not getting a medicine, or an oxygen cylinder or a bed in hospital. We die after the failure of all medical marvels. For us, there is a strangeness attached to this death, even when there is nothing new about it; after all, a large part of our population has always died in this way. Only now do we know what it means to be abandoned, to be disposed of, to be just allowed to die.

There is indeed a hypocrisy to our pain and anger. These emotions didn’t erupt when the national capital witnessed riots or when our cities saw the exodus of migrant labourers, hungry and thirsty. Not to mention the everyday violence of the abject lives in our cities that we turned away from. These lives are in close proximity to us, as we shared a complacent obliviousness to them. Busy in our imaginary world, made impervious through gates, walls and barbed borders, we let the world outside decay.

We were, indeed, well off in our little worlds, but as we shirked from taking any responsibility of the world and the public realm, we allowed it to regress and rot. The collapse of the world outside had to bring down our bubble too, and we were delusional in not seeing the imminence of this catastrophe. Our arrogance of not needing the world lies shattered today. Undeniably, as more and more lives retreat from the public space, a larger decay is bound to happen that eventually engulfs everyone.

Despite being hypocritical, our emotions are real and honest, and there is a need to preserve them. They give us the courage to see the truth. They push us out of our safe havens to confront the real face of the state.

Our experience of the state largely had been from a distance, couched in many layers. The present crime against humanity mostly understood as the larger systemic, bureaucratic failure is not a one-time phenomenon. This has been the way the state functions. When not kept under check, the state’s self-interest and drive for expansion goes against its own population. Japanese philosopher Kojin Karatani points out the capacity of the state to forget the nation, which means its population. Ironically, in our context, the nationalist discourse is used against what constitutes the nation, its own people.

This forgetting of the population has been the discourse of state, legitimised by our long-standing silence as we constantly walked back into our safe haven.

The Greek work krisis, used extensively by Bernard Stiegler, can come to our rescue. Pointing to the critical moment, when things can go better, or worse, it refers to the turning point, and is marked with decision and choice — characteristics that provide an opening and possibility too, with all its regressive elements.

If this is a crisis, which surely it is, then it is also the moment when we need to affirm this crisis, and not be delusional. Our rage and pain are better than melancholia or hyper-optimism, as it equips us with the audacity to confront this gory reality, to take responsibility for the world, and to take decisive steps to contribute to the public realm. We need to adopt “sorge” – care and concern for the world, with complete earnestness, lest another catastrophe unfolds.

The writer is assistant professor at University of Delhi.