It is unlikely that US President-elect will have bandwidth to weigh in on Kashmir. But Islamabad isn’t giving up. 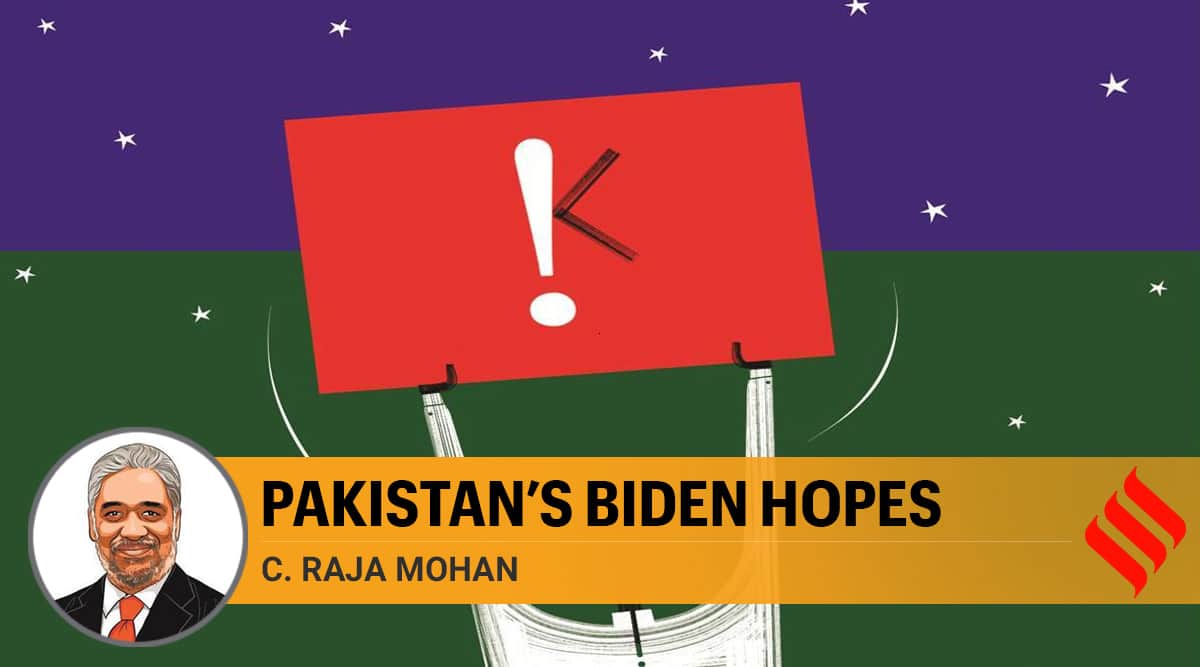 As President-elect Joe Biden prepares to take charge of America on January 20, Pakistan hopes to reset bilateral relations with the US and draw Washington into the Kashmir dispute with India. Mobilising America on Kashmir has always been a major preoccupation for Pakistan. It has become an obsession after India altered the constitutional status of Jammu and Kashmir last year.

Pakistan’s Kashmir strategy over the last three decades and more is a familiar one. It is about triggering violence in Kashmir and intensifying the military confrontation at the Line of Control. It then appeals to Washington to defuse the crisis that could escalate to the nuclear level and compel India to talk Kashmir with Pakistan. This script has played out frequently since the late 1980s and the US has inevitably stepped in. The degree of American intervention has, however, varied from crisis to crisis.

Meanwhile, India has learnt to adapt. In the past, India was hesitant to escalate hostilities because of the nuclear factor and the fear of third-party mediation in Kashmir. Prime Minister Narendra Modi, however, is unafraid to escalate. Delhi has recognised that the threat of escalation cuts both ways and it is possible to turn the nuclear dimension and external intervention to India’s advantage.

Consider, for example, the recent claim of a former speaker of Pakistan’s national assembly that army chief General Qamar Jawed Bajwa had quivering knees and a sweaty brow, when Modi threatened to rain destruction on Pakistan if Islamabad did not immediately release Wing Commander Abhinandan Varthaman, who had bailed out in Pakistan after a dog fight with the Pakistani Air Force in February 2019.

Given the region’s temptation for the theatrical, this claim is easily discounted. But the Indian threat to escalate inevitably brought Washington into the picture. There were reports that President Donald Trump persuaded Pakistan to release the Indian pilot and avoid escalation.

If Delhi is more willing than before to raise the stakes in confronting Pakistan-supported terror, it has also benefited from the shift in the relative balance of power between India and Pakistan. India’s economy today at $2.7 trillion is nearly 10 times that of Pakistan. As the US-India partnership becomes more comprehensive and global, Pakistan’s ability to get Washington to act against India has declined.

This does not mean Pakistan has no leverage at all in Washington; or that it might simply give up on the old Kashmir strategy. Pakistan sits at the critical confluence of the subcontinent, Central Asia and the Gulf. It has nuclear weapons and a strong army that can shape regional geopolitics. It can destabilise any government in Kabul and foment violent religious extremism around the world.

Editorial | Biden begins with an advantage at home and abroad. How he turns that opportunity into policy outcomes remains to be seen

How might it all play out in Biden’s America? Biden is more familiar with the history of US-Pakistan relations than his recent predecessors at the White House. As a long term Senator and Vice-President, Biden has been engaged with Pakistan-related issues for many years. Pakistan honoured Biden in 2008 with the second highest civilian honour, Hilal-e-Pakistan. Biden was the chairman of the Senate Foreign Relations Committee at that time.

While its relative weight in the US has declined vis-a-vis India, Pakistan has longstanding friends in Washington and an expanding diaspora. Some of that was seen in Pakistan’s successful mobilisation of political support during Prime Minister Imran Khan’s visit to Washington in the summer of 2019. Trump was eager to enlist Pakistan in getting the Taliban to the table and brokering a peace settlement in Afghanistan.

Pakistan did facilitate the US talks with the Taliban, but there is no real settlement yet; nor a major reward to Islamabad from Washington. Could that change? Biden has said little about US’s Afghan policy during the campaign; he has certainly echoed Trump’s sentiment on ending America’s endless wars.

It is unlikely that Biden will ramp up the war in Afghanistan. Pakistan’s Afghan leverage in Washington dramatically rose after the 9/11 attacks and peaked in the early 2010s, when President Barack Obama’s military surge peaked to about 1,40,000 troops. An America that is headed to the exits in Afghanistan — there are barely 4,500 US soldiers left there—is far less dependent on Pakistan.

Explained: What does President-elect Joe Biden mean for India, its relationship with the US?

What about the proposition that Kashmir is the world’s most dangerous nuclear flashpoint? After the Cold War, America’s interest in resolving the Kashmir question acquired much intensity in the first term of President Bill Clinton (1993-97) and the first year of Barack Obama (2009-10). On both occasions, intensive Indian political and diplomatic efforts dampened Washington’s Kashmir activism.

Biden is unlikely to have much bandwidth left for Kashmir as he copes with a range of domestic and foreign policy challenges. The website set up last week on Biden’s transition plans lists four urgent priorities — the Covid crisis, racial inequality, economic security and climate change.

But Pakistan is not giving up. In his tweet congratulating Biden and Harris last week, Imran Khan offered to work with the new administration on “peace in Afghanistan and the region”.

Pakistan’s greatest success in recent months has been in targeting liberal American opinion that has become critical of the state of Indian democracy, the constitutional changes in Kashmir, and the Citizenship Amendment Act. It has had some impact on the Democratic Party.

Biden’s rival for Democratic nomination, Senator Bernie Sanders, for example, told the annual convention of the Islamic Society of North America in September 2019 that he was “deeply concerned” about the situation in Kashmir and demanded that Washington take bold steps in support of a UN effort to resolve the issue.

Some of this is a part of America’s retail politics. In the end, though, the Democratic Party’s election platform said nothing on either Kashmir or Pakistan; it managed a bald sentence on investing in the strategic partnership with India. What you say in the campaign is usually not what you do when in government.

Yet, Pakistan is hoping that some of the Biden administration’s formulations on human rights and democracy could be translated into US policy attention on Kashmir. Modi, meanwhile, has made it clear that India has no time for the old international debate on Kashmir. He has actively sought to change the terms of the political discourse on Kashmir at home, with Pakistan and the international community.

The Trump administration preferred to take up US concerns on Kashmir behind closed doors rather than in public. And it offered much support to India in preventing China from raking it up in the United Nations Security Council. For Pakistan, though, a fresh military crisis in Kashmir might come in handy to test Biden’s South Asia policies.

This article first appeared in the print edition on November 17, 2020 under the title ‘Pakistan’s Biden hopes’. The writer is director, Institute of South Asian Studies, National University of Singapore and contributing editor on international affairs for The Indian Express