In letter to Sonia Gandhi, he writes Goa Cong has no hope or will to prevent collapse of party 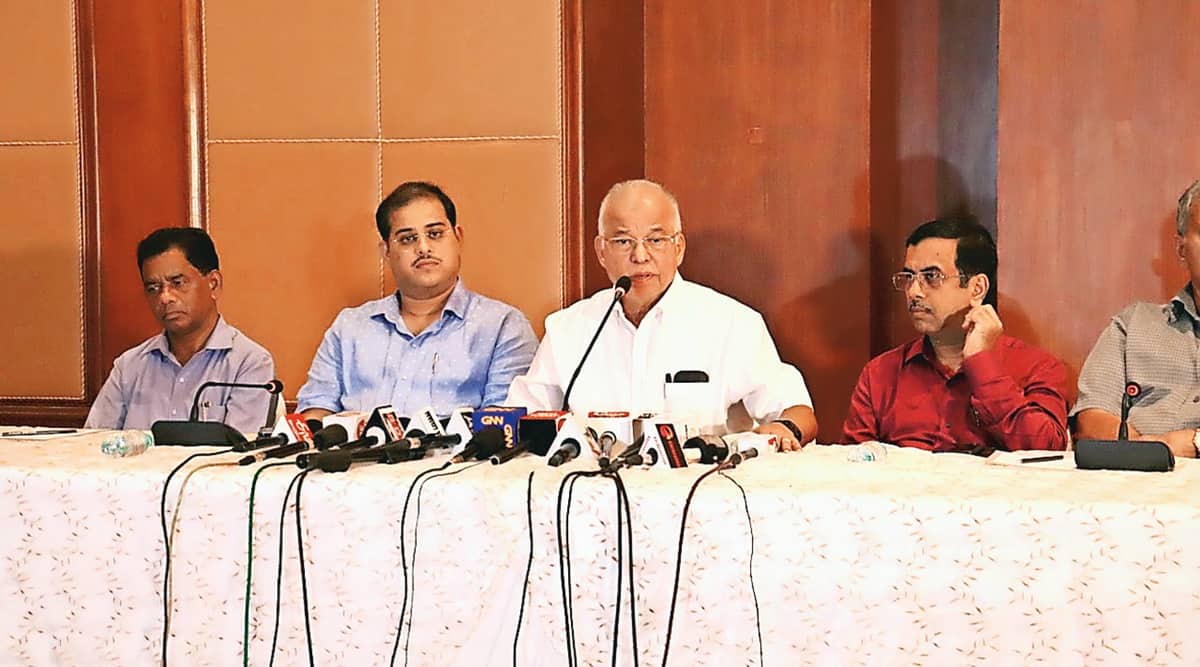 Former Goa chief minister and seven-time MLA Luizinho Faleiro on Monday tendered his resignation as the MLA of the Navelim assembly constituency in South Goa and also severed his 40-year-old association with the Congress. While Faleiro was expected to join the All India Trinamool Congress (TMC), hours after he submitted his resignation to the Goa legislative assembly Speaker on Monday, he said he will soon announce when he would be joining the TMC. “It won’t be too long,” Faleiro said.

“All along, in spite of thinking about resigning as MLA due to the betrayal of my people, I refused to let down the trust, support and faith of the people of Navelim, who had stood by me through all ups and downs. Throughout this period of four and half years I maintained a dignified silence in my suffering. I bore the pain but it was nothing in comparison to the pain of the people of Goa. From 18 MLAs (after 2017 asssembly polls), we have been reduced to just

five, an unmistakable dent in the history of our party… the Congress in Goa is, sadly not the same party for which we had sacrificed and fought,” said Faleiro, who also served as the All India Congress Committee (AICC) General Secretary in Delhi from 2007 until his return to Goa months ahead of the assembly polls in 2017.

In his resignation letter submitted to Congress leader Sonia Gandhi, Faleiro wrote that the Goa unit of the Congress had become a “cruel parody of what the Congress stands for”. He wrote in his two-page resignation: “Led by a coterie of leaders who prioritise personal gains over the responsibility we owe to our people, we have utterly failed to be an effective opposition….I see absolutely no hope or even the will to prevent the collapse of the party and change for the better.”

He also said he was “pained and shattered” when the Congress had 21 MLAs after Goa legislative assembly polls but the then AICC Goa desk incharge had asked him not to write to the Governor until they had 24 and then they “lost the government” to the BJP.

Faleiro’s exit comes at a time that Goa is about five months away from the next legislative assembly polls. Congress now has four MLAs in the 40-member house. AICC Goa desk in charge Dinesh Gundu Rao, however, said though the party had not expected a leader of Faleiro’s stature to act “petty and selfish”, his departure from the party was, in fact, “a blessing in disguise”.

Rao also said that the TMC’s approach to elections in Goa seemed more like the Modi-Shah model and not its own. “I do not know the real reason or intention of TMC for coming to Goa. Though Mr Derek O’Brien has recently said that they will contest election in Goa but the timing, approach…a lot of questions still have to be answered. What are they coming here to do, who are they coming here to help, their agenda still has to be revealed.…nobody comes three four months before election. The leader of the TMC has her own respectability and we all have admiration for her but this model that is being implemented in Goa doesn’t seem to be a TMC model. This seems more like the Modi-Amit Shah model. I am still confused about the true agenda and intention of the TMC.”

Calling Faleiro’s exit a voluntary retirement scheme (VRS), Rao said, “If you want to bring all forces together, you should work from within the Congress. Congress has given him every platform. He has been the Chief Minister, an MLA, AICC general secretary and chairman of the coordination committee…its very unfortunate, very sad that people take such decisions at the fag end of their career.”

Goa Pradesh Congress Committee President Girish Chodankar said, “Noone needs to come from Kolkata and tell us what Goans want. There is no substitute to the Congress party. That is loud and clear.”

Faleiro said on Monday that he had not spoken to anyone in TMC and he was in talks only with I-PAC, the political advocacy group led by political strategist Prashant Kishor. Sources said that Faleiro is expected to fly to Koltata in the next couple of days.

Addressing the press at a hotel in Panaji on Monday, Faleiro, however, said. “My resignation is a call for unification. I have not resigned from the Congress because I belong to the Congress party. Congress party is not only a party. The Congress party has been a movements ……but today the Congress family is fragmented. We have on one side Mamata Congress, the YSR Congress, the Sharad Pawar Congress. Congress is divided and Congress is weak. And if we are going to fight the divisive forces ruling at the Centre and ruling the state there is a need for a unified Congress….It is my dream that in this assembly election we start but finally in the ensuing parliamentary election, we should all come together.”

“I will support the Mamata Congress because she has fought and she has succeeded. She symbolizes woman empowerment which can bring the country back on the rails of development and progress,” Faleiro said.

Speaking at an event on the occasion of World Tourism Day, Goa chief minister Pramod Sawant took a potshot on the TMC’s arrival into Goa’s election arena, “Political tourism is expected to pick up in Goa in the next six months. I hope the tourism industry also benefits from this political tourism. We welcome all kinds of tourism in the state.” About Faleiro’s exit from Congress, Sawant said, “Congress cannot hold on to its MLAs. This is nothing new. Their MLAs have been leaving since 2017 because no one wants to stay aboard a sinking ship. About 13-14 of them have left Congress. If loyalists leave like this, the others need to think. It’s a party that has no leadership at the Centre or the state.”