Mrinal Pande writes: Dilip Kumar's films encapsulated the bits of us which remain important but to which we have the least access 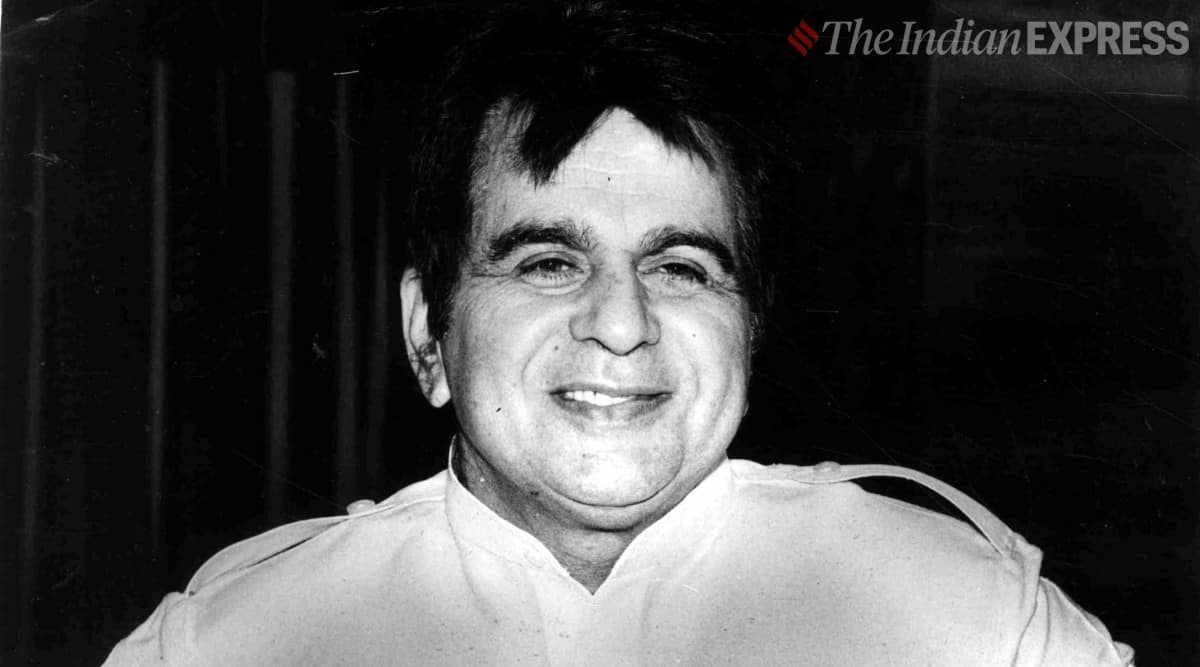 He was the star of my favourite film, Madhumati (1958). It was the first film shot in the Kumaon hills near our town of Nainital. For a few weeks, all of us in school strained our ears, above the teachers’ unending lessons, to hear the song, Aaja re pardesi, reverberating down in the valley, where the film was being shot. All day, the haunting music rippled and resonated around us. The film was sold out in the local Laxmi Theatres as soon as it was released, and its songs became synonymous with our town — to us at least. Young men took to lurching with a Dilip Kumar gait, with sweaters tied around their necks. Our old retainer muttered angrily, “Bhoot lag gaya sabko Dilip Kumar ka! (Everyone’s been bitten by the Dilip Kumar bug!)”

Dilip Kumar, of course, became a megastar in the 1950s. Our young aunts cut out Filmfare covers on which the Big Three — Dilip, Dev Anand and Raj Kapoor — appeared and reappeared. On the few occasions they allowed us to accompany them to movie theatres, we watched them sob unashamedly as tears ran down our cheeks. I now realise that, perhaps, similar forces that had led Emily Bronte to create a Heathcliff in Wuthering Heights — restrictive Indian society of the 1950s, where love was a four-letter word — had willed Hindi films to throw up a brooding, intense and tragic hero like Dilip Kumar.

For the Indian subcontinent, Muhammad Yusuf Khan aka Dilip Kumar will undeniably remain one of the greatest popular filmstars of old Bollywood. And I judge him as a great star by putting him to a simple test I have for locating the few real nuggets of gold in the dirt of our popular culture. How much pleasure does he/she give? And how low do we have to stoop to enjoy that pleasure? The answer when it comes to Dilip Kumar: Not that low, really. A good example of this is Devdas, the hero of Sarat Chandra Chattopadhyay’s Bengali novel by the same name. It has been adapted into several films in Bengali and Hindi. But the 1955 Hindi version still shines in my mind. It has Dilip Kumar playing Devdas; the ethereal Bengali actress Suchitra Sen as Paro, and Vyjayanthimala playing the gold-hearted courtesan who takes a broken young lover under her wing only to lose him to heavy drinking. Dilip Kumar’s Devdas created a template for musical films based on tales of unrequited love, where young love is doomed from the start.

One of the most popular marching songs in the 1950s was from his film Shaheed (Watan ki raah mein watan ke naujawan shaheed hon); it is played at the funeral of the hero, who has left his beloved and laid his life down for his country. Truth be told, how many of us in India know, when we are young, what to do with the two equally compelling pulls of Duty and Grand Love? Dilip Kumar’s role in Shaheed and later as Shahzada Salim in K Asif’s magnum opus, Mughal-e-Azam, still throw this question in our face. In Mughal-e-Azam, a larger-than-life father is ambitious about turning his heir apparent into a future emperor. Dilip Kumar and the veteran Prithviraj Kapoor give memorable performances. But Dilip, to my mind, is subtler. One silent but withering glance from him undoes a thunderous oratory emanating from those royal lips.

In the 1960s, Dilip Kumar surprised us in films like Ganga Jamuna and Ram Aur Shyam. Even later, came Saudagar (1991), where he was pitted against another veteran actor Raj Kumar. To my delight, he pulled it off, effortlessly mixing memory with desire, comedy with anger.

In retrospect, Dilip Kumar’s films are about the dream lives of the peoples of this subcontinent. They encapsulate those bits of us that are still important but to which we have the least access. Isn’t it a shame that we watch a movie (now increasingly on OTT platforms, rather than in a theatre), only to laugh or gasp at the dirty talk of gangsters, gangster-like policemen, and politicians, full of foul gaalis and paan masala? Go back to Devdas. Suchitra Sen as Paro looking into her lover’s eyes, while lighting a kerosene lamp, and forgetting herself till the flame burns her finger. Compare it to that too-suave and buttoned-up Devdas of Shah Rukh Khan and an overdressed Paro played by Aishwarya Rai in the 2002 film, and you get the drift. In contrast, Dilip Kumar’s quizzical half-smile and unblinking eyes are as suggestive about the state of being as totally in love as possible.

It appears that Bollywood, of late, has been recycling its actors. Shah Rukh Khan turned into Dilip Kumar, Ranbir Kapoor into Raj Kapoor, and Ranveer Singh into a latter-day Dev Anand. And that’s a poisoned chalice. But a graceful presence that refuses to break into superficial gestures, and a genuinely submissive attitude to female beauty were unique to Dilip Kumar. As a lover, Dilip Kumar played a man who worships women, from Madhubala to Nutan, with a deference bordering on the Platonic. He reacts to their overtures, instead of initiating them aggressively in the classic masculine mode. This keeps his vulnerability intact in the eyes of a female audience.

The range that Dilip Kumar could and did play, despite frequently sloppy scripts and shoddy editing, was enormous. But his own persona was bigger than the sum of all those parts. It cannot be reduced to the parable of a Muslim who gave himself a Hindu name and created films like Shaheed and Ganga Jamuna. There was nothing sterile or vain about him even when he had crossed his eighties and lived the life of a recluse, loved and cared for by his faithful wife. Goodbye Dilip Kumar, the creator of so many of our first youthful dreams of love. They don’t make them like you anymore.

This column first appeared in the print edition on July 8, 2021 under the title ‘Man of our dreams’. The writer is former chairperson, Prasar Bharati