The law could be amended to make the offence criminal only in those cases where cheques are issued with an intent to defraud. 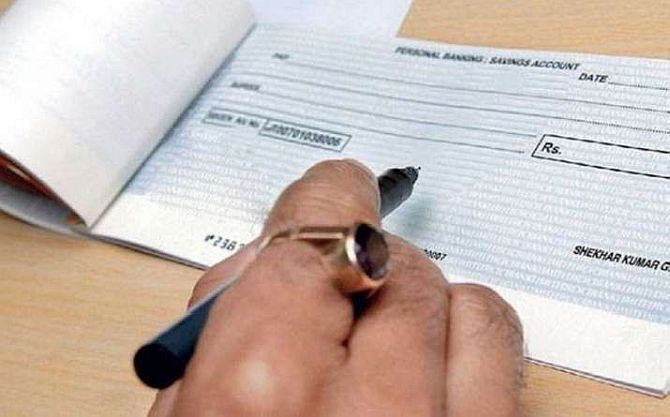 The government may drop its plan to decriminalise cheque bounce offences after there were requests to continue the existing system, which can potentially make people honour their financial commitments due to fear of prosecution.

It would seek directions from a Supreme Court panel formed to expedite the pendency of cheque bounce cases before taking a final call.

The DFS had invited comments from stakeholders for the move that was proposed as a post-Covid-19 response strategy to help revive economic growth and improve the justice system.

“A lot of stakeholder consultation went into it, and an overwhelming response has been received in favour of not diluting the existing provision,” a senior government official said.

Last month the Supreme Court had set up a committee to suggest ways of disposing of cases under the Negotiable Instruments Act.

The panel is chaired by a former high court judge and has government officials and a representative of the Indian Banks Association, among others, as members.

“The pendency of these cases constitutes about 30 per cent of the total pendency in courts throughout the country,” the Supreme Court had observed.

According to Section 138 of the Negotiable Instruments Act, cheques returned due to inadequate funds in a bank account is an offence, and the law provides for two years’ imprisonment and a fine equivalent to twice the amount involved.

Cheque bounce cases continue for 10-15 years, and diluting or decriminalising the law will encourage fraudsters to not honour their liabilities, said Praveen Khandelwal, secretary general, Confederation of All India Traders (CAIT).

Trade and industry had suggested the government set up fast-track courts to hear cheque bounce cases and pronounce orders within 45 days, Khandelwal said.

By presuming that cheque bouncing occurs with the intention to defraud, the law has criminalised many civil offences, said Subhash Chandra Garg, former finance secretary.

“This has led to the system being flooded with many cases, making it difficult to distinguish cases of fraud and genuine cases with no intent to defraud,” Garg said.

One of the options could be amending the law to make the offence criminal only in those cases where cheques are issued with an intent to defraud, Garg said.