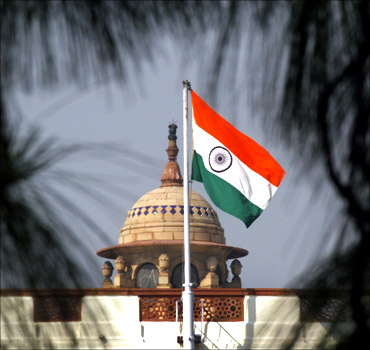 In a major move, the Centre has proposed to change rules to allow no review of suspension orders of Indian Administrative Service, Indian Police Service and Indian Foreign Service officers if they are convicted in a corruption and criminal case by courts.

The Department of Personnel and Training (DoPT) has decided to amend the All India Services (discipline and appeal) Rules, 1969, applicable to IAS, IPS and IFS officers, in this regard.

It has decided to include a clause in the existing rules to say ‘no review shall be conducted till the passing of the final order in the court case, if any, if a member of service is deemed to have been placed under suspension under Rule 3 of AIS (D&A) Rules, 1969 on conviction by a court of law in criminal and corruption charges’.

“The Personnel Ministry has decided to bring in a major change in the service rules to ensure corrupt all India services officers are not allowed to be back in the government,” a senior official said.

“According to the proposal, such officers’ cases will not be reviewed by the review committee if they are convicted by the courts. That means such babus will continue to remain suspended for an indefinite period until a superior court orders otherwise,” the official said.

They have been asked to send their comments and views on the proposed amendment by May 15, 2020 positively, a communique by the DoPT said.

“If no reply is received within the stipulated time, it will be presumed that the state government has no objection to the proposed amendment,” it said.

The rules also allow review of the order of suspension by the competent authority on the recommendations of the review committee concerned.

The review committee constituted by the central government shall consist of the secretary to the government of India in the ministry or department concerned as its chairman.

It can have additional secretary or joint secretary in charge of administration in the ministry or department concerned as its one of the members among others.

The committee may, if considered necessary, co-opt an officer of the Department of Personnel and Training as well.

The review committee constituted by the state government shall consist Chief Secretary as its chairman and senior most Additional Chief Secretary, Chairman, Board of Revenue, Financial Commissioner or an officer of equivalent rank and status as its one of the members among others.