When the cops stopped the farmers from proceeding towards the venue, clashes ensued, with police personnel resorting to lathicharge and firing tear gas shells to disperse the agitators. Several farmers and police personnel, including a DSP, were injured. 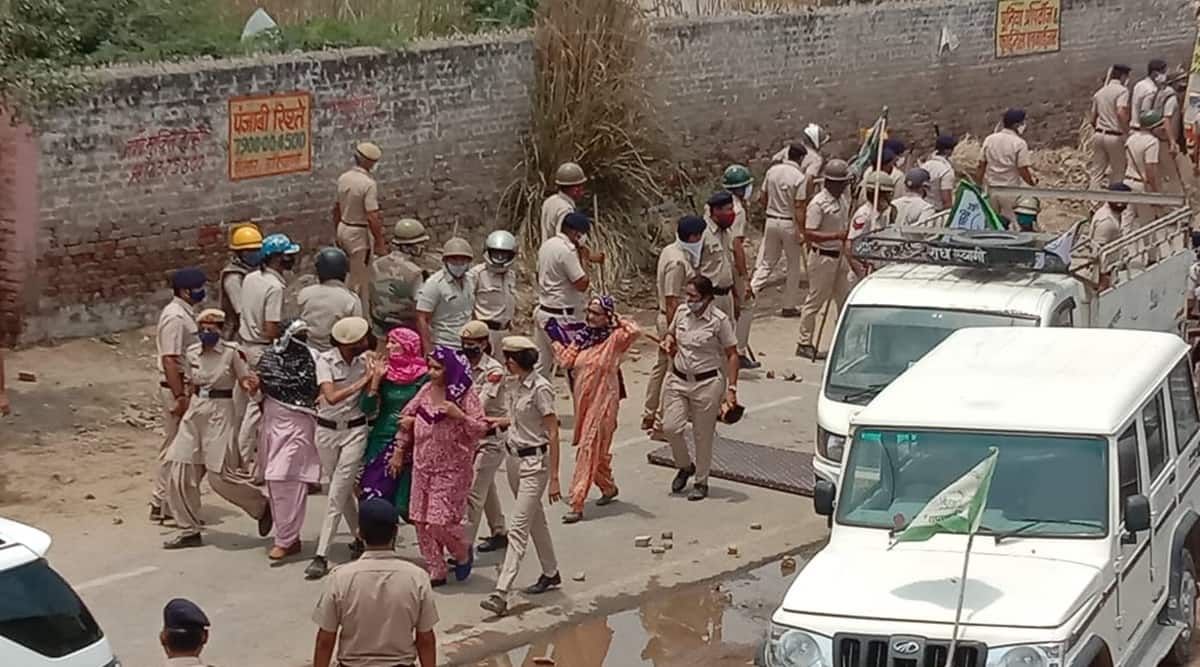 As Haryana Chief Minister Manohar Lal Khattar visited Hisar for inaugurating a 500-bed hospital for Covid-19 patients on Sunday, a large number of protesting farmers who tried to enter the venue clashed with police personnel, leading to several being injured.

A large number of farmers, who were protesting against the farm laws, had started assembling near the venue since morning. As Khattar landed in Hisar, the agitated farmers, who were shouting slogans against the government and blamed Khattar for the spread of Covid infection in the villages, started marching towards the venue, breaking down police barricades and pelting stones.

When the cops stopped them from proceeding towards the venue, clashes ensued, with police personnel resorting to lathicharge and firing tear gas shells to disperse the agitators. Several farmers and police personnel including a DSP were injured.

Following the clashes, Khattar decided to wind up his Hisar visit quickly. He was expected to reach Gurgaon at 4.30 pm but arrived two hours earlier.

BKU president Gurnam Singh Chadhuni, who has reached Mayyar toll plaza on the Hisar-Delhi national highway, has issued a call to block all national highways in Hisar from 5 pm to 7 pm on Sunday. In fact, many farmers have already started a blockade of the Delhi-Hisar highway in protest against the incident.

In a video message, Chaduni said, “I would like to request all our brothers and supporters to get out of their homes and block all the national highways in Haryana from 5 pm to 7 pm today. We are also going to gherao the Hisar IGP’s office and shall not relent till our supporters who were detained are released. If the government does not accept our request, I appeal to everybody, that wherever they are, they should gherao all the police stations of the state tomorrow morning. They should tell them that we have received their blows and are ready to die, but we shall not step back.”

A senior Haryana government officer told The Indian Express, “Reports of some disruption in Hisar have been coming in. We are monitoring the law and order situation.”

Condemning the attack on farmers in Hisar, Chadhuni further said, “Several of our people have been arrested and many others got injured. I would like to ask Chief Minister Manohar Lal Khattar how such a huge crowd was allowed to assemble when Covid restrictions are in place across the state? Videos circulating on social media show over 500 people were present at the venue. Why couldn’t the inauguration be done online? They deliberately came here to instigate the farmers and then blame us. They are instigating riots. They know that farmers are protesting out on the roads for the last six months and over 450 of them have so far scarified their lives.” 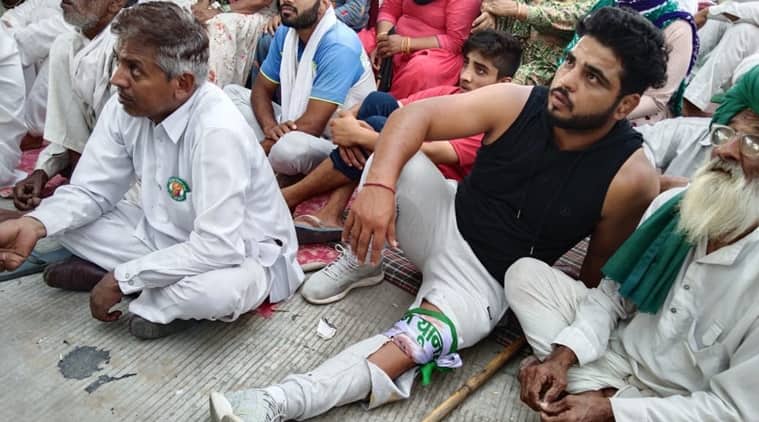 He added, “We shall not allow them to enter our villages. I am going to Hisar and shall decide on further course of action once I reach there. We shall face all the consequences but shall not step back.”

In a statement issued, Chadhuni said, “CM Khattar has given a statement and education minister Kanwarpal too has said that Covid-19 is spreading due to farmers. We knew that they would issue statements such as this. This is a ploy to tarnish our image — just as it was the case with the Tablighis. But I would like to point out that Covid is spreading because people working in Delhi, Gurgaon and Faridabad (are getting infected and) returning to their villages. Last time, villages had asked the people working in these cities to stay there and not return for the time being.”

He continued, “Deaths are happening due to the mismanagement by the government. If an oxygen cylinder is sold for Rs 25,000, the government should die in shame. One oxygen plant can be set up for Rs 1 crore within one week. But the government is spending Rs 3 crore daily on advertisements for the chief minister. Three plants can be set up daily using that money. They could not make arrangements for sufficient oxygen, beds and ambulances in the last one year. Patients who died due to lack of oxygen or beds should be cremated in front of these politicians’ residences. People are throwing their bodies into rivers.”

Chadhuni further said, “We have heard that several people have died in Chautala village. There are four leaders from that village and yet they could not disinfect that place. People are holding protests in Kundli village. Not even a single person has died there. The government is just misleading everybody by blaming the farmers.”