Farmers have been protesting against a lathicharge on August 28 in which 10 people were injured when police used force to stop them from marching to the venue of a BJP event in Karnal. 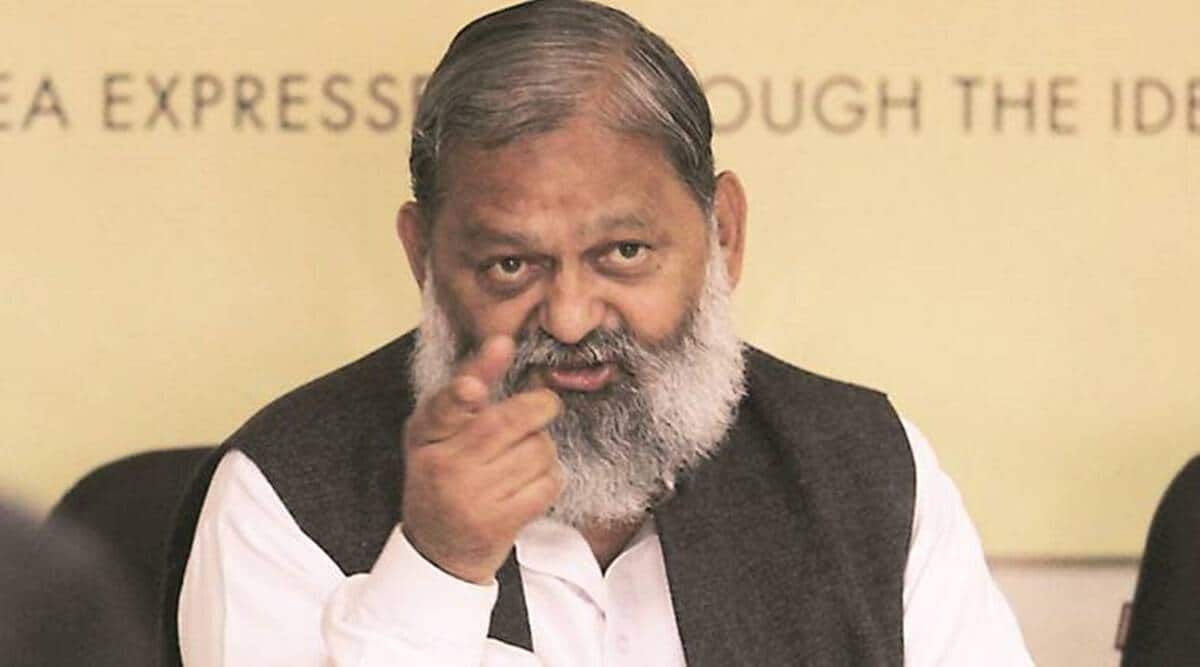 Haryana Home Minister Anil Vij on Thursday said the government is ready for a probe into the “entire Karnal episode”, including an IAS officer’s controversial remarks and a police lathicharge on farmers that has triggered a sit-in outside the district headquarters.

The minister made made it clear that “nobody can be hanged without a probe just because someone demands it”.

Farmers have been protesting against a lathicharge on August 28 in which 10 people were injured when police used force to stop them from marching to the venue of a BJP event in Karnal. Their demands centre around the suspension of IAS officer Ayush Sinha, who was caught on tape allegedly telling policemen to “break heads” of farmers if they cross the line during their demonstration last month.

Sinha was the former SDM of Karnal before being transferred out as part of a larger bureaucratic reshuffle. Farm union leaders have maintained that transfer is not a punishment.

“We are ready for an impartial probe, but this will not only be related to (former Karnal) SDM (Ayush Sinha), but the entire Karnal episode. In this (probe), if farmers or their leaders are found guilty, then whatever action is deemed fit will be taken,” Vij told reporters in Ambala.

The minister, however, said, “Only genuine demands (of farmers protesting in Karnal) can be accepted.”

“We cannot hang anyone because someone says so… Is the country’s IPC (Indian Penal Code) different and the farmers’ IPC different? It cannot be like this and punishment is always given as per the offence committed. To find out the offence, a probe has to be conducted,” said Vij referring to their demand of suspending the IAS officer.

The Samyukt Kisan Morcha had earlier said a murder case should be registered against Sinha over his alleged remarks to policemen.

About the farmers protesting in Karnal, he said anyone has the right to hold a protest in a peaceful manner.

“Farmers are holding an agitation in Karnal which is their democratic right,” said Vij, while adding “our officials are regularly holding talks with them. Dialogue is an integral part of any democracy”.

The Haryana government has extended the suspension of mobile Internet services in the district till Thursday midnight, an order issued by state Home Department said.

“Mobile Internet services in Karnal district will remain suspended from 07:00 hours till 23:59 hours of September 9,” said the order issued on Thursday.

Another round of talks between district officials and farmers protesting over the police lathicharge had failed on Wednesday after which the protesters said they will continue their sit-in “indefinitely” at the district headquarters.

Meanwhile, into the third day of the dharna, protesters are staying put at the gate of the mini-secretariat complex in Karnal, though farm union leaders have said officials and the public won’t be stopped from entering it.

A mahapanchayat was held in the city and then the dharna began on Tuesday evening after an earlier round of talks between district officials and the farm leaders had also “failed”.

Farmer union leaders had earlier sought registration of a case against those involved in the lathicharge in Karnal.

The protest leaders had also claimed that a farmer died after the August 28 violence, an allegation rejected by the administration. The farm leaders had demanded a compensation of Rs 25 lakh and a government job for the family of the deceased farmer.