That win gave us something no other victory ever would: It gave a young nation hope. It gave us the will to dream, notes Abhishek Mande Bhot.

There come moments in a nation’s history that define its people.

The victory against the West Indies in the 1983 Prudential World Cup was one such moment for India. In that one moment we transformed as a country.

It didn’t matter where you were that day, how old you were, or what you were doing; the only thing that mattered was who you were — an Indian.

For perhaps the first time in our independent nation’s history, we were able to see ourselves as more than some also-rans.

The victory at Lords made us realise all the things we could achieve, all that we could be. A movie about India’s historic campaign at the World Cup was certainly long overdue; the pandemic only delayed it further. ’83 released in the cinemas this past week, after Director Kabir Khan adamantly refused to let it drop on OTT platforms.

It was a film to be watched in a movie hall, he insisted, not alone on a laptop, or a mobile phone.

Writers far better than me will tell you how good a movie this is; cricket statisticians will tell you just how badly the odds were stacked up against us.

I am here to tell you what it meant to us — those who were too young to have watched the game live, but grew up basking in the glory of Kapil Dev and his boys.

The microgeneration called Xennials, more popularly known as Geriatric Millenials, was still in the cradle when Kapil Dev lifted the World Cup.

We didn’t even know until several years later when, perhaps while watching a game we asked an elder out of curiosity if India had ever won, half expecting to be told that we hadn’t.

We had several shared experiences with our parents’ generation: we stood in queues for rations; we’d walk for miles just to make a phone call… and then wait in queue again; TVs were rare and colour TVs were rarer still; milk was in short supply; and life was generally slow.

And yet, we were also beginning to learn that there was a significantly large world outside our neighbourhood.

We aspired to fly in an airplane, hoped to visit a foreign country, dreamt of studying in an overseas university.

We were able to do of all this not just because the world was opening to us in a way that it hadn’t opened to our parents, but also because we were slowly becoming confident as a generation. 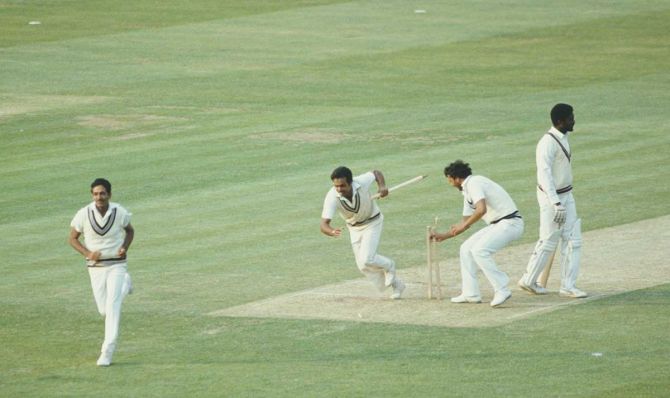 That victory, early in the decade, had set the tone for the rest of the century.

The story of how a bunch of Indians took the mightiest in the world and won became a part of our shared narrative.

We grew up listening to the tales, reading about them in our textbooks, and somewhere along figured that if they could do it why could we not?

It was significant that less than 18 months after that win, India chose to elect her youngest prime minister.

‘I am young, and I too have a dream,’ Rajiv Gandhi famously declared as he set out to create a new India, one that he hoped would be ‘strong, independent, self-reliant, and in the front rank of the nations of the world…’

A few years later, at the turn of the decade, when it appeared that India was on the brink of economic collapse, a single speech by a docile economist set us on that very path a young prime minister had dreamt of.

It didn’t take my generation very long to adapt to a series of quick changes that followed the economic liberalisation programme of ’91.

As the world came to us, we embraced it wholly. We weren’t afraid (as I’d suspect our parents’ generation would have been), wary, or apprehensive; we were excited.

We wanted everything that the world was offering us.

Importantly, we were ready for the world and confident we could take it on.

We took giant strides into the future, one decade after another, setting milestones after milestones. 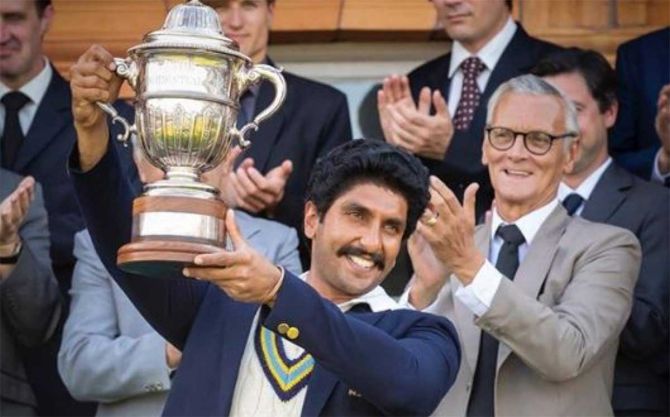 When you taste success like that, the kind that no other generation before ours had, it’s easy to forget where you came from and who you were.

Kabir Khan’s ’83 took us back to that humbling time.

It also reminded us of something else. That the victory of ’83 would always be far more important in our nation’s history than any of the victories that followed.

Because on that bright summer day, at the home of cricket, in a nation far away, a bunch of boys took on the greatest in the world and won.

That win gave us something no other victory ever would: It gave a young nation hope. It gave us the will to dream.