Around a 100 farmers in Punjab, specially in the kinnow belt, have started making BEs from this waste fruit — peel and ‘D’ grade, very small kinnows. 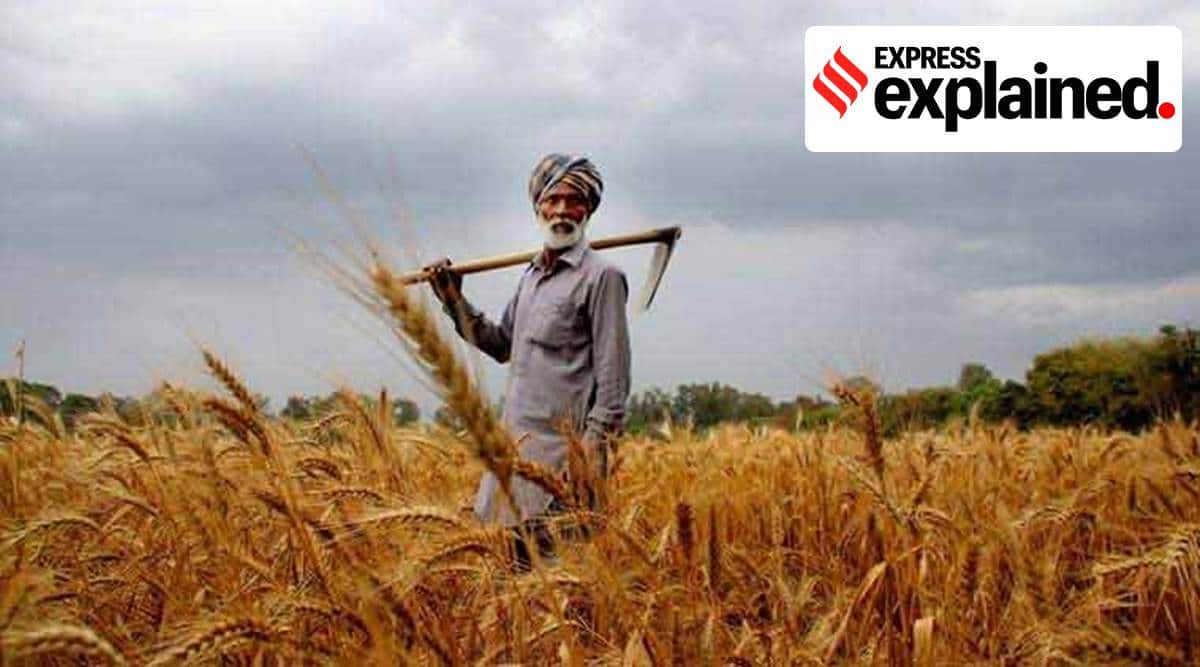 THE START of kinnow season in Punjab also brings with it the falling fruit, which is considered a total waste by farmers. But this fallen fruit can prove a boon to improve soil, water, air, depleting ground water, water contamination and overall ecology. Not only can plant health be improved, it also helps prevent indiscriminate usage of chemical sprays of fungicides and bacterial diseases on crops, especially vegetables, tuber crops like potato and cereals. Farmers can collect these dropped fruits from their kinnow fields and prepare bio-enzymes (BEs) at a low cost.

Around a 100 farmers in Punjab, specially in the kinnow belt, have started making BEs from this waste fruit — peel and ‘D’ grade, very small kinnows.

What are bio-enzymes?
Bio-enzymes are organic solutions produced through fermentation of organic waste including various fruits, vegetable peels and flowers, by mixing in sugar, jaggery/molasses and water. It takes 60-100 days to ferment organic waste. To fasten the fermentation, yeast can be used as culture to prepare it in 45-50 days. BE’s also have a lot of usage in our daily lives.

Area under fruit crop in Punjab
In Punjab, around 94,000 hectares are under various fruit crops including around 40,000 hectares (one lakh acres) under kinnow orchards in Hoshiarpur, Abohar, Fazilka, Mukatsar, Bathinda areas. On an average, 25-30 tonnes of kinnow are produced per hectare and nearly 10-11 lakh tonnes is the total production of the state.

Kinnow is a year-long duration crop and the main harvesting period is from November-end to March, but some varieties of citrus fruit start coming into the markets in October. Horticulture department experts say nearly 15-20 per cent (1.5 lakh to 2 lakh tonnes) of the total kinnow production falls from the tree before and during the harvesting period. Experts say the fallen fruit is a major challenge for kinnow farmers in the state as one needs to dig up small pits to bury them, otherwise the fallen fruit rot and invite a fly attack on the healthy fruit still on the plants.
But now, some farmers are using this waste kinnow to improve the pH level and soil fertility of their land by making BEs from this waste fruit.

What farmers say
Farmer Paramjit Singh Jhajria of Maujgarh village on Abohar Ganganagar road in Fazilka district owns a 17-acre kinnow orchard. He has prepared 20,000 litres of bio-enzymes from fallen kinnow from the last and ongoing season. “I am getting an average 1,700 quintal kinnow production from my orchard. Nearly 20 per cent of the crop has dropped as it is a natural phenomenon. Since I am an organic farmer, I collect all dropped fruits of my orchard which were otherwise clean but not fit for consumption. After washing them I put them in clean drums and used the formula given by experts from the horticulture department, to make BEs,” he said, adding that he is now using them to improve soil health and spraying on kinnow plants to repel pests.

“The pH level of soil in the Abohar, Fazilka belt is around 8.5 to 9 per cent against the normal required around 7 per cent,” said Vikram Verma, Horticulture Development officer (HDO) Soil, Citrus Estate Hoshiarpur.

“Even the canal water has high pH levels of upto 9 per cent, due to which productivity is affected badly. But after using BEs, which I mix in the irrigation water at the rate of 100 litres of BEs per acre, the soil health of my land has improved considerable,” said Paramjit, adding that it works wonder on cotton, kinnow and vegetable plants because it is a pest repellent.

“Every crop has its own fragrance and colour which attract particular types of pests and damage the crop but when we spray these BEs on them the pests don’t come to the plant,” he added.

Vegetable grower Gursewak Singh of Mal Singhwala village of Mansa district does not own a kinnow orchard but takes care of one acre of a field belonging to a kinnow grower just to pick the fallen fruit and prepare BEs.

“I don’t use any fungicide on my four-acre vegetable fields but only spray BEs by mixing one litre BEs with 50 litres water which works as pest repellent on my plants and also improves the photosynthesis process of my crop, which prevents chemical usage on my plants and soil. I save Rs 3,500-4,000 per acre expenditure of chemical fungicides on my vegetables getting extra benefit of improving soil health by not spraying many chemicals on it,” he said.

Formula to prepare BEs
Paramjit Singh said he purchased 40 plastic drums having 500 litres capacity each (a one-time investment) to which he added 99 kg kinnow, 33 kg jaggery and 330 litres water in each and tightened the lid, which needs to be loosened up for a few seconds every day for 30 days to release the gas due to fermentation process. After 30 days, the lid is opened in the same manner on a gap of two days for two weeks and then the drum is kept air-tight and opened occasionally. The bio-enzymes are finally ready in three and half months. “We can use it for a whole year in the form of spray on vegetables and mixing it with field irrigation,” he added.

Officials, experts speak
Vipesh Garg, horticulture development officer in the Punjab Horticulture department, has been motivating farmers to use the fallen kinnow fruit to make BEs. “This is a huge industry available to farmers in Punjab,” he said.

Bangalore-based BEs expert Priti Rao of the BEs Entrepreneur Academy, said: “BEs have a lot of good microbes and one of the major methods which helps overall improvement of our ecology and helps in mitigating the imbalance, which has occurred due to overuse of chemicals, in our soil, air and water. In a state like Punjab where water table is depleting fast and water contamination is also major issue, BEs can bring the soil back to life which helps in better water recharging and also stop the contamination of water by improving the health of soil,” she said.