Modi said that there has been a change in the attitude of global leaders towards India and that the country's stature has gone up immensely since 2014. 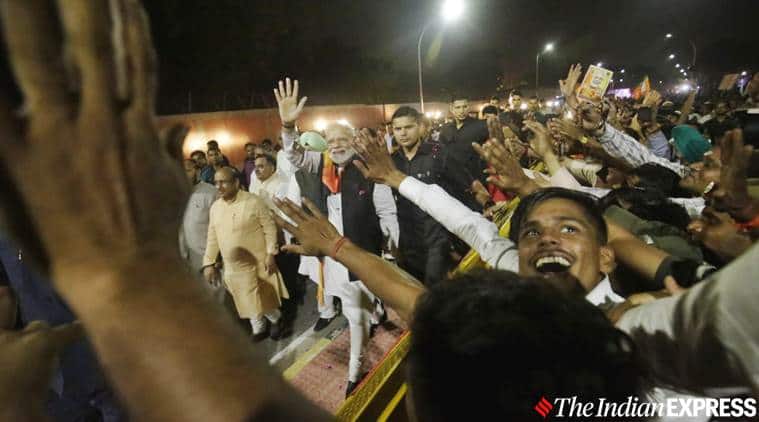 Prime Minister Narendra Modi on Saturday returned to India after concluding his US trip to a resounding welcome by the Bharatiya Janata Party. The Prime Minister was received by party president JP Nadda among other senior leaders as he landed at the Palam Airport.

Addressing the people, Modi said that there has been a change in the attitude of global leaders towards India and that the country’s stature has gone up immensely since 2014. Talking about the Howdy Modi event, the PM said that it was a huge success and wherever he went he was greeted by “Howdy Modi”. “After assuming office in 2014, I went to the UN. I went to the UN even now. In these five years, I have seen a big change. The respect for India, the enthusiasm towards India has increased significantly. This is due to the 130 crore Indians,” Modi said.

Mentioning the surgical strikes conducted by the Indian Army on terror launch pads three years ago, Modi paid his respects to the armed forces personnel for keeping the integrity of India intact. “Three years ago, the brave soldiers of my country had showcased the glory of India before the world by executing the surgical strike. Remembering that night today, I salute the courage of our brave soldiers,” the PM said. 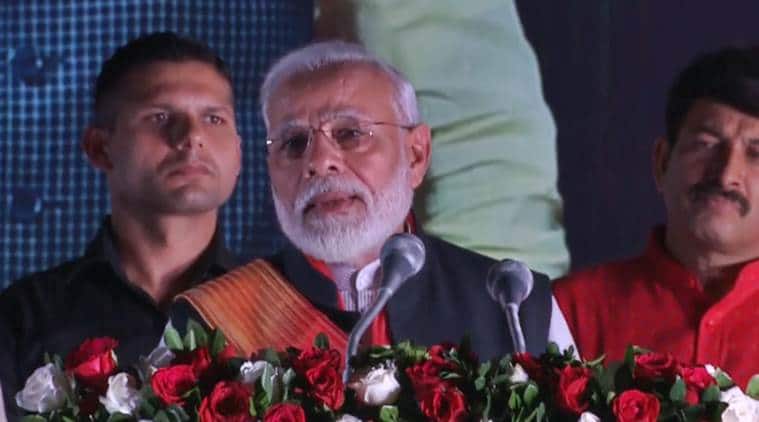 According to police, multi-layer security arrangements were in place for the prime minister with the deployment of 10 additional companies of police. Multiple CCTV cameras have also been put up, PTI reported. Anti-sabotage teams and snipers were also been deployed at designated rooftops to keep a thorough watch. Traffic police have also been deployed to tackle congestion on the route, the police said. 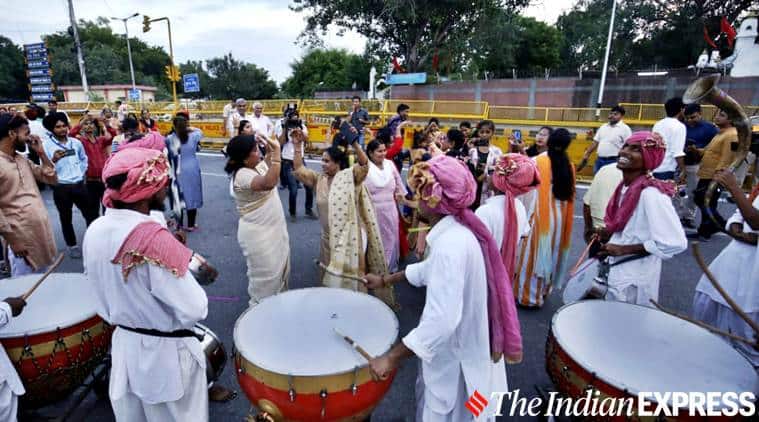 Before emplaning the special aircraft, the prime minister detailed his week-long visit and the programmes he attended in the US, including his address to the 74th UN General Assembly in New York and the mega “Howdy Modi!” diaspora event in Houston, Texas and thanked US President Donald Trump for attending it.  “Community Connect is at the heart of India-USA relations. I will never forget the #HowdyModi programme, made more special by the coming of @POTUS. That gesture showed how much he personally, and USA values ties with India as well as the role of our talented diaspora” he tweeted.

Last October, the Delhi BJP had planned a reception for the PM when he returned after being conferred with the Seoul Peace Prize for 2018. The scale of the celebration has been increased this time.