The I-T action drew sharp criticism from all opposition parties in the state, with former chief minister and Samajwadi Party chief Akhilesh Yadav calling the action “sad” and one that is “weakening democracy”, while BSP chief Mayawati compared it to the imposition of Emergency in 1975 by the Congress. 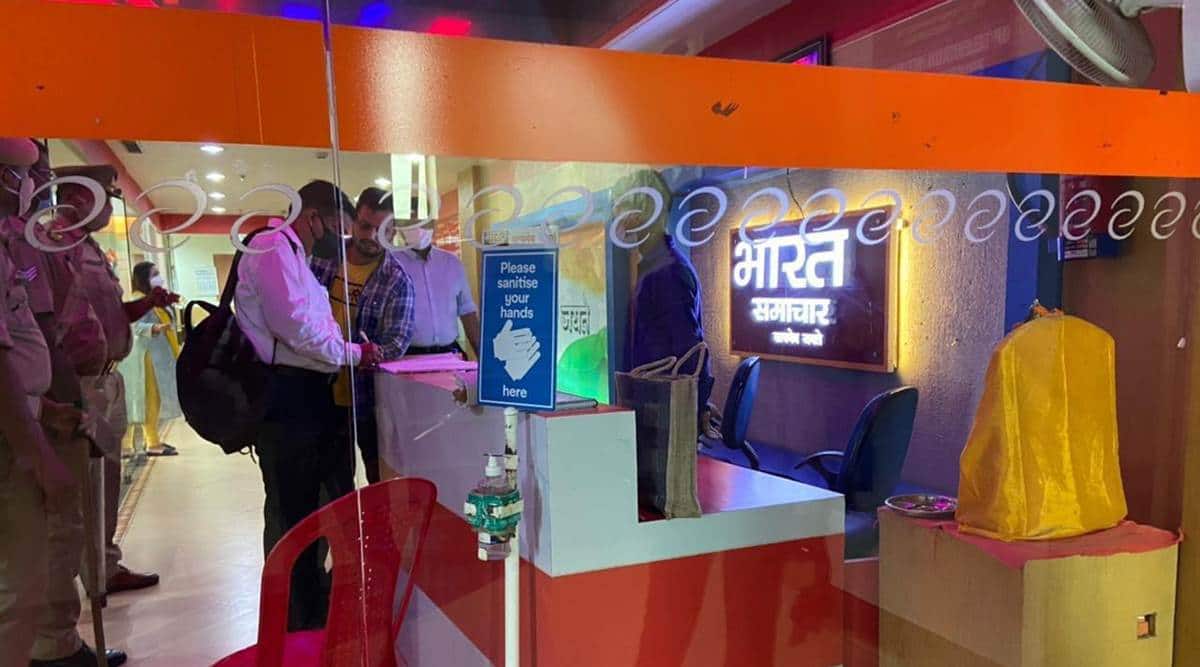 Following the Income Tax Department’s searches at the Lucknow office of Bharat Samachar channel and homes of its owner-editor and state chief on Thursday for alleged tax evasion, the UP-based news channel claimed that the action is a result of the channel showing the “truth” of the government’s Covid-19 “mismanagement”, apart from its reporting on other issues.

The I-T action drew sharp criticism from all opposition parties in the state, with former chief minister and Samajwadi Party chief Akhilesh Yadav calling the action “sad” and one that is “weakening democracy”, while BSP chief Mayawati compared it to the imposition of Emergency in 1975 by the Congress.

The channel said residences of its owner and editor-in-chief Brajesh Misra and state head Virendra Singh, along with its Lucknow office, were “raided”. In a statement, Misra said the channel will continue to stand with truth.

Ajay Kumar Shukla, deputy director, Income Tax (Investigation) Headquarter, Lucknow, refused to comment on Thursday’s action. “A media briefing will be done around 48 hours after the searches by the Central Board of Direct Taxes,” he said.

“The channel is being intimidated because of our coverage on several issues. The government is specifically unhappy with our reporting on bodies floating in the Ganga during the Covid-19 second wave, the oxygen crisis, and also the close coverage of the Hathras gangrape case,” a Bharat Samachar reporter, who did not want to be identified, said.

“This is being done because we have stood by the truth and this action will not intimidate us. We will continue to show truth to the people,” Abhishek Pandey, a Lucknow-based correspondent of the channel, said on air. “Our dealings are clean and hence the I-T team will find nothing.”

Misra had started the news channel in December 2016.

Condemning the I-T department’s action, SP chief Akhilesh Yadav said, “If someone speaks on behalf of the people and exposes the government, then organisations such as ED [Enforcement Directorate] from Delhi to Lucknow are deployed to intimidate them. Nothing can be more unfortunate than this for a democracy when organisations are trying to muzzle your voice…. This government does not want to listen to a word against it, that is why such action is being taken. This is sad and is weakening democracy.”

BSP chief and former UP CM Mayawati tweeted, “The I-T searches at Dainik Bhaskar Media group and Bharat Samachar channel prima facie seem to be spiteful. Such actions remind us of the Emergency imposed by the Congress in 1975. This is sad and condemnable.”

State Congress chief Ajay Kumar Lallu said, “The I-T department has become a part of the BJP organisation and its action of raids on Bharat Samachar and Dainik Bhaskar are wrong. The BJP is busy walking over democracy and the Constitution…. This is a murder of democracy…”

Aam Aadmi Party’s state in-charge and Rajya Sabha member Sanjay Singh tweeted that the “raids are an attack on the freedom of press”. He posted, “The end of BJP is definite…. This is an attack on democracy’s fourth pillar. The people of UP will teach BJP and [Chief Minister] Adityanath a lesson.”

Azad Samaj Party chief Chandra Shekhar Aazad said the action is part of the government’s policy to silence those who show the truth. “The Prime Minister has spoken; in UP, so have the dead bodies. They have come out of water and have told the truth…. The action on Bharat Samachar has been done because they show the truth. This action is vengeful…. ”