The panelists discussed the idea of Indian industry integrating with and competing in the rest of the world, the reforms, and the impact of the pandemic. 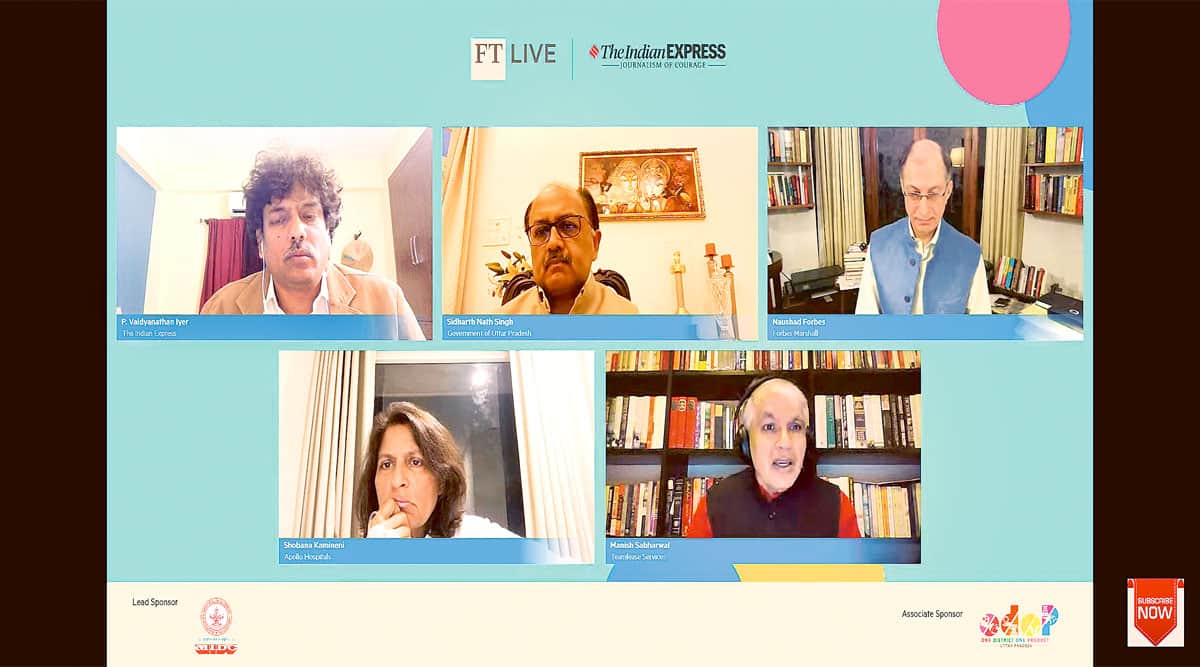 Speaking about the tariffs that have been imposed by the Government of India in an ongoing economic reform effort and their impact on export competitiveness, Naushad Forbes, Co-chairman, Forbes Marshall, said that the increase in protection over the last four years is a step in reverse. “It ends up protecting the Indian industry, which means we end up actually being less competitive,” said Forbes. He added that the production-linked incentive scheme announced by the government is intended to deepen the supply chain but it needs to be combined with a sell-by date clause.

He was on a panel that discussed ‘India’s Business Growth: Can Indian Companies Compete Globally’.

The panelists discussed the idea of Indian industry integrating with and competing in the rest of the world, the reforms, and the impact of the pandemic.

Sabharwal felt that India had seized the policy window and pushed some ambitious reforms in the last 14 months. Forbes agreed but added that he was concerned about the implementation, in particular the privatisation programme, protectionist economy and “how the union government can reach out to the state to make the federal system more effective” in terms of farm and labour reforms.

Speaking about the effect of the pandemic on the healthcare sector and infrastructure, Kamineni appreciated the Indian industry for its resourcefulness in these difficult times. As for 50 per cent of the vaccines available to the private sector for a price, she lauded the government and said it’s a step in the positive direction because the vaccine makers wouldn’t want to export if they got a decent price in their own country. Her only worry, however, was competition with the government to procure the vaccines.

Kamineni also spoke about the need for good experts. “Advisors work better and then the government can formulate laws, reforms. If we are giving the responsibility to the government, the accountability also lies with them,” she said.

The next event in the series will be held on May 20, where the conversation will focus on ‘India, China and the US: A New Geopolitical Landscape’.