The massive outcry against the draft regulations for Lakshadweep has grown louder as several Congress leaders have alleged that Patel is not only destroying the peace and culture of the islands, but also "harassing" the people by imposing arbitrary restrictions. 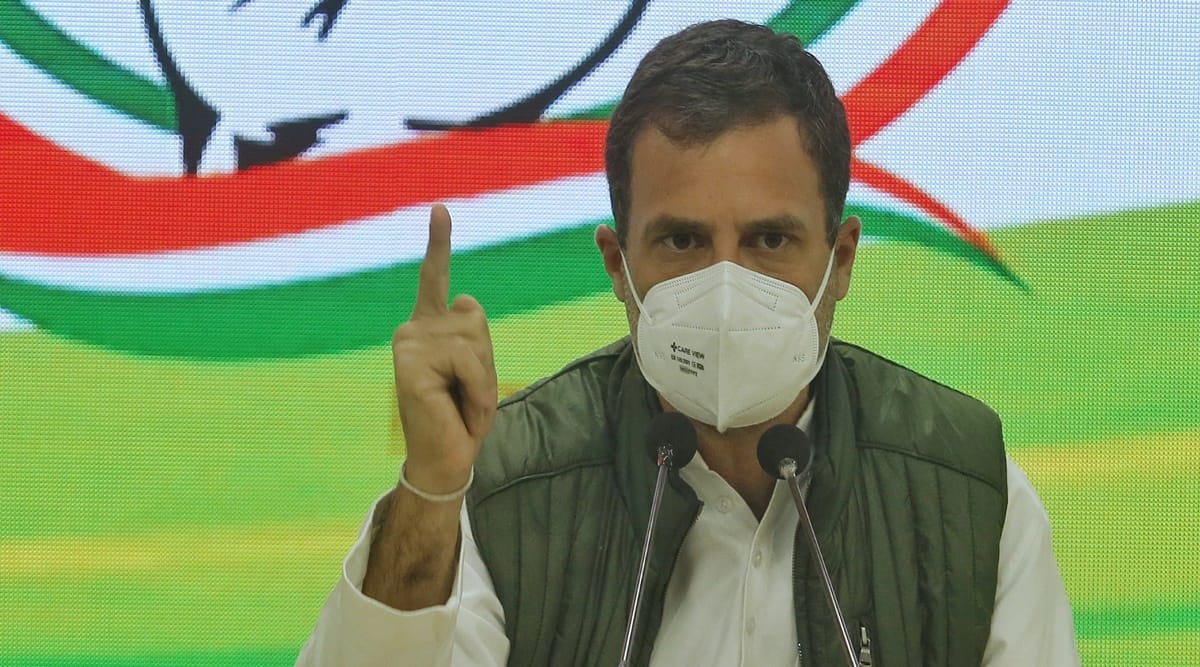 Amid a rising clamour for the immediate removal of Lakshadweep Administrator Praful Patel over the new draft regulations, Congress leader Rahul Gandhi Wednesday, expressing his solidarity with the people of the UT, said “the ignorant bigots in power were destroying it”.

In a tweet, he said Lakshadweep is India’s jewel in the ocean and that he stands with the people of the Union Territory.

The massive outcry against the draft regulations for Lakshadweep – which proposes a ban on beef, disqualification of panchayat poll aspirants with more than two children, among others – has grown louder as several Congress leaders joined the bandwagon alleging that Patel is not only destroying the peace and culture of the islands, but also “harassing” the people by imposing arbitrary restrictions.

Congress General Secretary Priyanka Gandhi Vadra on Tuesday said the “BJP government and its administration have no business to destroy its heritage, to harass the people of Lakshadweep or to impose arbitrary restrictions and rules on them.”

Extending her full support to the people of Lakshadweep, Gandhi in a series of tweets said the residents of the UT deeply understand and honour the rich natural and cultural heritage of the islands they inhabit and have always protected and nurtured it.

Asserting that dialogue sustains democracy, Priyanka Gandhi asked, “Why can’t the people of Lakshadweep be consulted? Why can’t they be asked what they believe is good for them and for Lakshadweep? How can someone who knows nothing about their heritage be allowed to use his power to destroy it?”

The slew of proposals for Lakshadweep cleared by its Administrator Praful Patel also include introduction of an anti-Goonda Act in the island territory where crime rate is very low, and establishment of a development authority with powers to acquire land for development purposes.

Senior party spokesperson Ajay Maken had said the people of Lakshadweep are opposing the administrator’s action of allowing liquor on the islands.

The administration has also brought in the Prevention of Anti-Social Activity (PASA) Act with the objective of “harassing” locals, he claimed at an online press conference.

“The Lakshadweep administrator has been directly appointed by Union Home Minister Amit Shah, as he belongs to Gujarat and has been the state’s former home minister. He said normally bureaucrats or retired bureaucrats are appointed as administrators (of union territories), but this is the first time a politician has been appointed,” Maken said. He further alleged that the new administrator has taken away powers of panchayats and has carried out demolitions of houses of locals engaged in fishing activity under new rules.

Besides calling for Patel’s immediate removal, Maken also demanded that the imposition of the PASA Act and the Lakshadweep Development Authority Regulation, 2021, by the administrator be rolled back immediately.

Another Congress general secretary, K C Venugopal, had on Monday written to President Ram Nath Kovind seeking his intervention in the immediate removal of the administrator.

He alleged that the administrator is imposing a series of measures that have caused immense disturbance and disquiet in the Islands.

In his letter to the President, the Congress leader said the local people are up in arms against the “unilateral measures” imposed by Administrator Praful Patel in Lakshadweep, as locals fear these “unilateral and anti-people decisions” would ultimately lead to the destruction of traditional livelihood and unique culture of Lakshadweep.

Meanwhile, CPM and Congress leaders of Kerala, have also protested against the UT Administrator’s move.

On Monday, Kerala Chief Minister Pinarayi Vijayan said the Administrator’s actions posed a serious challenge to the culture and life of the people of Lakshadweep.

Along with the Left and Congress leaders, Lakshadweep MP Mohammed Faizal PP, has also spoken out against what they call the “autocratic style” of the Administrator.

According to Faizal, the Administrator had not consulted people’s representatives before coming out with measures and drafts of the proposed regulations.

The ban on beef proposed under the draft Lakshadweep Animal Preservation Regulation has especially contributed to the unrest in the Union Territory where Muslims make over 90 per cent of the population. As per the draft, no person shall directly or indirectly sell, keep, store, transport, offer or expose for sale or buy beef or beef products in any form anywhere in Lakshadweep.