Sreeramakrishnan is not contesting, having completed two consecutive terms as a legislator, a norm introduced by CPI(M) in this election. 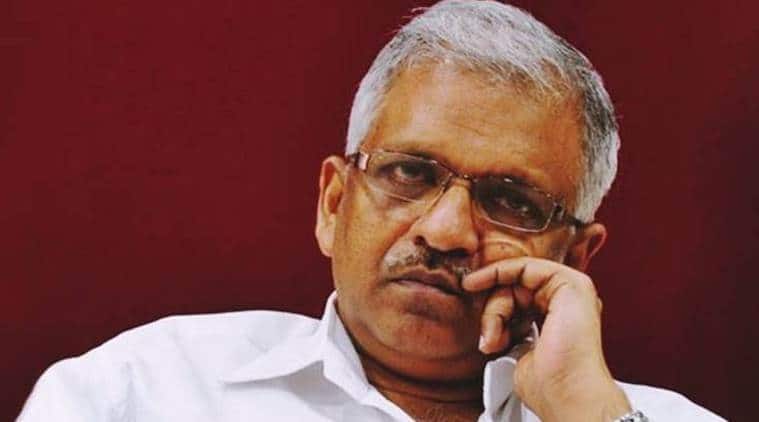 In an unusual development, hundreds of CPI(M) workers and sympathisers took to the streets in protest against probable candidates named by the party for the April 6 Assembly polls.

At Ponnani in Malappuram district, scores of men and women raised slogans demanding that local CPI(M) leader T M Siddique be made the party candidate. The CPI(M) has named CITU all-India secretary P Nanda Kumar in the list of probables for the constituency, currently represented by Speaker P Sreeramakrishnan.

Sreeramakrishnan is not contesting, having completed two consecutive terms as a legislator, a norm introduced by CPI(M) in this election.

Siddique is a prominent leader in Ponnani, where the CPI(M) has a strong base among the Muslim community. After reports that Siddique did not figure in the list of probable candidates, the local community had protested.

CPI(M)’s Malappuram district secretary E N Mohandas said, “When the party announces the candidate, this protest would fizzle out. Today’s march should be seen only as an emotional reaction of people…”

At Kuttiyadi, in Kozhikode district, party cadres protested against the seat being given to Kerala Congress (M), a new entrant in the LDF. Kuttiyadi is a CPI(M) stronghold and the party has been contesting all elections there. Local CPI(M) cadres and leaders want former Kozhikode district panchayat president K P Kunhahammed Master as the candidate.

Meanwhile, a section of CPI(M) cadres are irked over exclusion of senior party leader P Jayarajan from the probable list of candidates in his home district – Kannur. Jayarajan, a key figure in the CPI(M)’s battle against the BJP and Sangh Parivar outfits in a district which has seen several political killings over the years, has been projected as a victim of what his party calls “Sangh Parivar-backed violence” in Kannur. He survived a brutal attack, allegedly by BJP workers, in 1999 and is also an alleged accused in two political murders.

A former CPI(M) Kannur district secretary, Jayarajan had unsuccessfully contested the 2019 Lok Sabha polls. Other CPI(M) leaders who lost the 2019 polls are scheduled to contest the Assembly elections. Jayarajan’s supporters have been increasingly protesting on social media against the decision to drop his name.

Jayarajan, meanwhile, posted on Facebook, “It is up to the party to decide what responsibility should be given to me. Party workers and sympathizers should keep away from protest…”