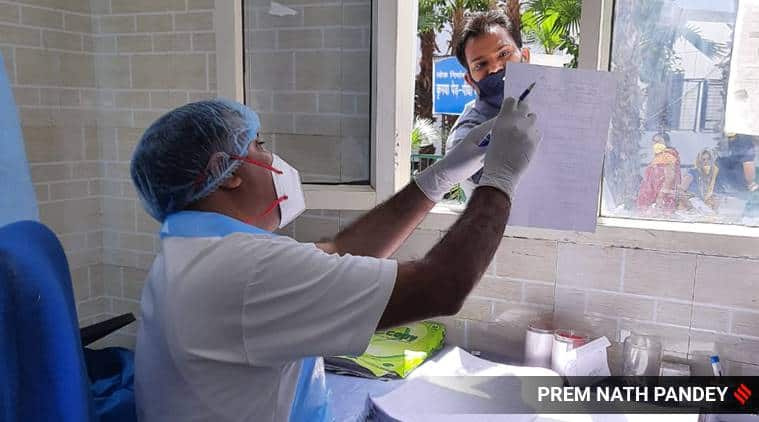 India Coronavirus (COVID-19) Tracker: As India entered the third week of the 21-day lockdown, the total number of COVID-19 cases has increased to 4,421, including 117 deaths, the Health Ministry said in its latest briefing on Tuesday. Of this 325 people have recovered. Maharashtra remains the worst affected states with 891 confirmed cases and 52 deaths, followed by Tamil Nadu (621 cases and 6 deaths) and Delhi (525 cases and 7 deaths).

India, meanwhile, moved to partially lift the ban on the export of Hydroxychloroquine — the anti-malaria drug that Trump has repeatedly touted as a “game-changer” in the fight against COVID-19. Ministry of External Affairs spokesperson Anurag Srivastava said the anti-malaria drug would be supplied to “some countries” which are “badly affected” by COVID-19, adding that the government will first ensure adequate stocks of medicines for the requirement of the people our country.

Here is a state-wise list of the number of deaths and infections across the country as of today:

As many as 33 fresh coronavirus cases were reported on Tuesday, taking the total cases in the state to 891, a health official said. So far, 52 people have died of coronavirus while 42 people have been discharged after recovery in Maharashtra, which has recorded the maximum number of cases.

Twelve more coronavirus cases have been found in Bhopal, taking the number of such cases in Madhya Pradesh to 268, a health official said on Tuesday. Out of the total 268 coronavirus cases in the state, maximum 151 have been reported from Indore. So far, 18 people have died, including 13 from Indore, two from Ujjain and one each from Khargone, Chhindwara and Bhopal.

The number of coronavirus cases in Gujarat jumped to 165 on Tuesday, with 19 more people testing positive for the viral infection in the state, an official said. The state has so far reported 12 deaths due to the disease

Rajasthan recorded 24 more cases,  taking the total number of virus cases in the state to 325. The virus has so far claimed six lives in the state.

The number of cases in Tamil Nadu stands at 629 and the toll remains at five in the state.

The total number of cases in Assam rose to 27 after one more positive case was detected from Dhubri District.

Four Tablighi Jamaat members who attended a religious congregation in Delhi’s Nizamuddin have tested positive for coronavirus in Himachal Pradesh. With this, the total number of COVID-19 cases in the state rose to 19, among whom one person has died and one has recovered.

While a 23-year-old Manipuri girl has recovered from the novel coronavirus, a 65-year-old Muslim devotee who had participated in the Tablighi Jamaat event in Delhi remains in an isolation ward of the Imphal-based hospital.

A 45-year old person died of coronavirus in Kurnool district of Andhra Pradesh, taking the toll to four even as one more case of Covid-19 was reported overnight. The total number of coronavirus cases in the state has now touched 304 while the active cases remained at 294.

A total of 10 coronavirus positive cases have been reported in the Andaman and Nicobar Island as of today.

One person has died in Bihar so far and the state has reported 32 infections so far.

Chhattisgarh — nine out of 10 recovered

Of the 10 COVID-19 patients reported so far in Chhattisgarh, nine have been discharged from hospitals after recovery.

Seven people have died in the national capital and 523 positive cases have been reported in Delhi so far.

Goa has reported seven coronavirus positive cases as of today.

Haryana has reported one death and 90 cases so far.

Four people have died in Karnataka and the state has 175 infections as of now.

As many as 21 positive cases have been reported from Odisha, according to the health ministry.

Seven people have died in Telangana and the state has reported 321 cases so far.

Uttarakhand has reported 31 infections so far.

Uttar Pradesh has reported three deaths and 314 infections till now.

In West Bengal, three people have died so far, and 91 COVID-19 infections have been reported from the state.

Tripura, Mizoram and Arunachal Pradesh have reported one case of the infection each.