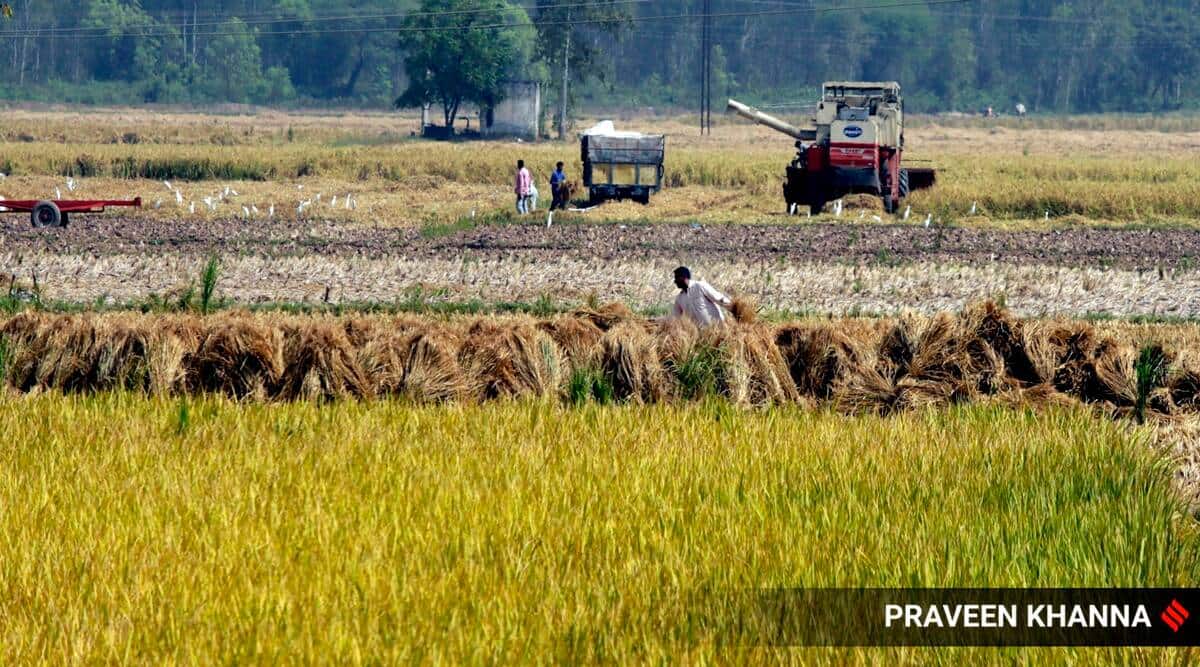 The Indian Agricultural Research Institute (IARI) has developed the country’s first-ever non-GM (genetically modified) herbicide-tolerant rice varieties that can be directly seeded and significantly save water and labour compared to conventional transplanting.

The varieties — Pusa Basmati 1979 and Pusa Basmati 1985 — contain a mutated acetolactate synthase (ALS) gene making it possible for farmers to spray Imazethapyr, a broad-spectrum herbicide, to control weeds. This dispenses with the need to prepare nurseries where paddy seeds are first raised into young plants, before being uprooted and replanted 25-35 days later in the main field.

The two new varieties are scheduled to be officially released by Prime Minister Narendra Modi on Tuesday.

Paddy transplantation is both labour- and water-intensive. The field where the seedlings are transplanted has to be “puddled” or tilled in standing water. For the first three weeks or so after transplanting, the plants are irrigated almost daily to maintain a water depth of 4-5 cm. Farmers continue giving water every two-three days even for the next four-five weeks when the crop is in tillering (stem development) stage.

“Water is a natural herbicide that takes care of weeds in the paddy crop’s early-growth period. The new varieties simply replace water with Imazethapyr and there’s no need for nursery, puddling, transplanting and flooding of fields. You can sow paddy directly, just like wheat,” said A K Singh, director of IARI.

Imazethapyr, effective against a range of broadleaf, grassy and sedge weeds, can’t be used on normal paddy, as the chemical does not distinguish between the crop and the invasive plants. The ALS gene in rice codes for an enzyme (protein) that synthesises amino acids for crop growth and development. The herbicide sprayed on normal rice plants binds itself to the ALS enzymes, inhibiting their production of amino acids.

The new basmati varieties contain an ALS gene whose DNA sequence has been altered using ethyl methanesulfonate, a chemical mutant. As a result, the ALS enzymes no longer have binding sites for Imazethapyr and amino acid synthesis isn’t inhibited. The plants can also now “tolerate” application of the herbicide, and hence it kills only the weeds.

“This is herbicide-tolerance through mutation breeding, not GM. There isn’t any foreign gene here,” Singh pointed out.

Both Pusa Basmati 1979 and 1985 have been bred by crossing existing popular varieties — Pusa 1121 and Pusa 1509, respectively — with ‘Robin’. The latter is a mutant line derived from Nagina 22, an upland drought-tolerant rice variety. The mutant was identified for Imazethapyr-tolerance by S Robin, a rice breeder from Tamil Nadu Agricultural University in Coimbatore.

Farmers in Punjab and Haryana are already adopting direct seeding of rice (DSR) in response to labour shortages and depleting water tables. This year alone, roughly 6 lakh of the total 44.3 lakh hectares area under paddy in the two states has come under DSR.

DSR cultivation is currently based on two herbicides, Pendimethalin (applied within 72 hours of sowing) and Bispyribac-sodium (after 18-20 days). As Singh pointed out, “These are costlier than Imazethapyr (Rs 1,500 versus Rs 300/acre). Imazethapyr, moreover, has a wider weed-control range and is safer, as the ALS gene isn’t present in humans and mammals. Even in the herbicide-tolerant rice, the chemical will target only the weeds.”

Transplantation in paddy typically requires about 30 irrigations, each consuming some 5 hectare-cm of water (one hectare-cm equals 100,000 litres). Puddling alone takes up about 15 hectare-cm. In all, DSR is estimated to need 30 per cent less water, save Rs 3,000 per acre in transplantation labour charges, and also 10-15 days’ time due to no nursery preparation.

But DSR’s success hinges on an effective herbicide solution — like breeding Imazethapyr-tolerant varieties.