The strike has been called in protest against the attack on two IPFT legislators allegedly by members of TIPRA Motha, which is the party of royal scion Pradyot Kishore Manikya Debbarma. 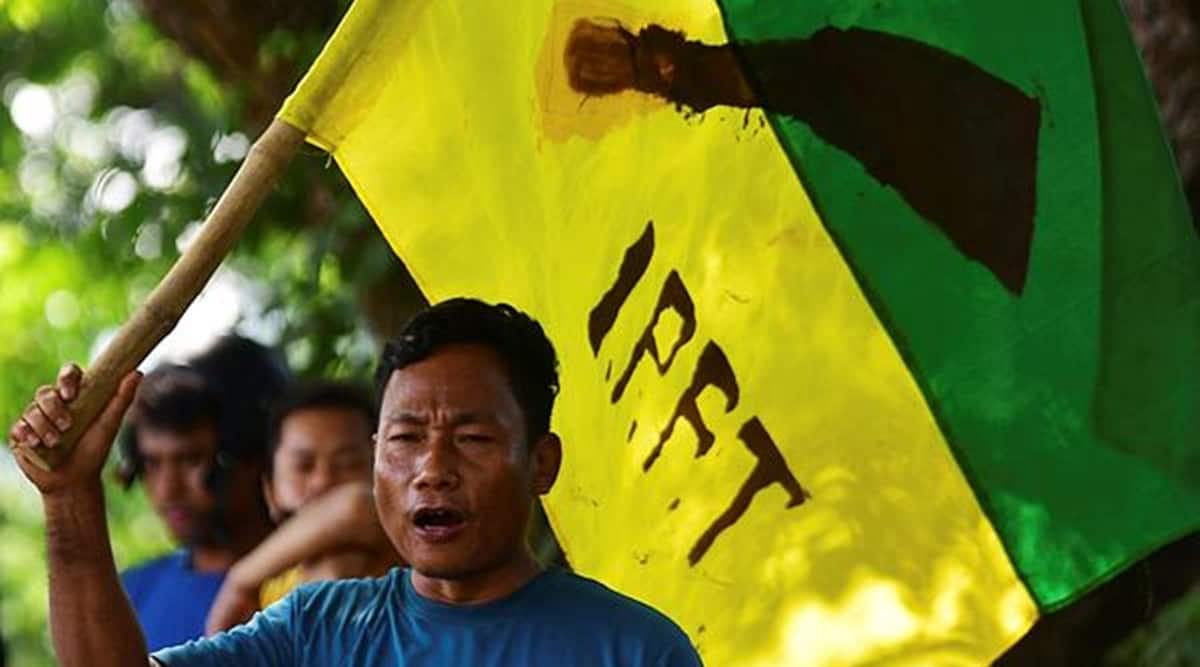 The strike has been called in protest against the attack on two IPFT legislators allegedly by members of TIPRA Motha, which is the party of royal scion Pradyot Kishore Manikya Debbarma.

The strike started at 8 am today.

Out of the total 28 elected seats in TTAADC, TIPRA Motha got 18 seats to form the government. The BJP got nine seats while an independent candidate won one. The BJP’s ally IPFT failed to bag a single seat.

“We are on strike to protest the attack on our two party legislators by TIPRA Motha activists. Keeping the COVID-19 pandemic in our mind, not many people have gathered and no picketing was done,” an IPFT activist told reporters.

Large contingents of police and Tripura State Rifles (TSR) jawans have been deployed in the TTAADC areas to prevent any untoward incident.

Speaking to this correspondent, police said they got reports of a minor clash between activists of IPFT and TIPRA Motha at Taidu in South district. Further details are awaited.

“The clash happened at around 1 PM. However, we didn’t get any report on whether anyone has received injuries. Otherwise, no untoward incident has been reported,” said a police official from Police Headquarters.

Reacting to the strike, BJP spokesperson Nabendu Bhattacharya said, “We never support the strike politics. The IPFT should also take a lesson from the incidents. Regarding TIPRA Motha, I want to say that they should know their position. The party chairman should take control over it.”

TIPRA chief Pradyot Kishore, in response to Bhattacharya’s comments, said, “Instead of the government taking action on coronavirus violations, a section which belongs to the government is organising road blockades and strikes”.

He also said if the government itself does not feel safe and calls for a strike, then they should seriously take up the matter with the chief minister.

IPFT legislator Dhirendra Debbarma was allegedly attacked by TIPRA Motha supporters on Thursday at Belbari RD Block in West District where he had gone for a pre-scheduled meeting. He is the legislator of Mandai Assembly constituency.

A day before, Revenue Minister and IPFT supremo NC Debbarma was allegedly prevented from entering his own Assembly constituency by the supporters of TIPRA Motha by showing black flags and raising slogans “Go back.”

Police have arrested one Swarna Kumar Tripura for his alleged involvement in both the incidents. Pradyot Kishore said he would not tolerate any violence and expelled the party member over the incident.