Ensuring equality without compromising quality of research, by creating an environment of individual freedom and institutional trust, requires concerted effort from policy makers, institutions and individuals. 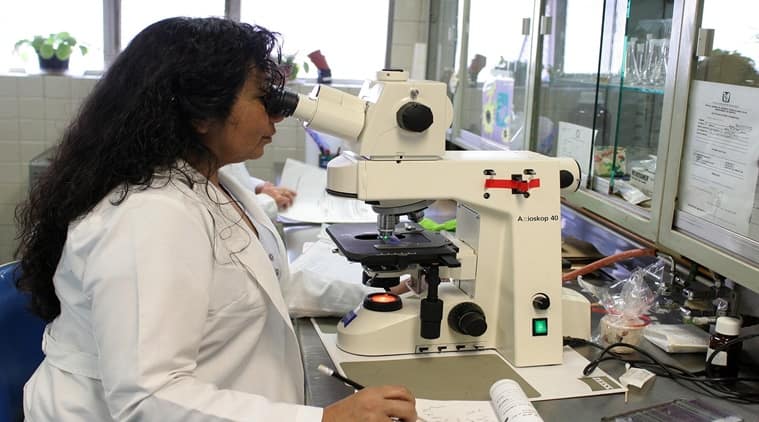 In a welcome move, the Department of Science and Technology is reportedly drawing up a policy where the proportion of women employed will be considered in ranking a scientific institution. Consistent efforts by individuals and organisations, notably the Indian Academy of Sciences, has exposed the dismal statistics. Indian scientific institutions collectively employ only 15 per cent women even as women form 37 per cent of PhD holders and accounted for 40 per cent of university enrolment in science subjects in 2001, according to the report of the National Task Force for Women in Science. Fast forward to 12 years later, a period that can be considered about one-third of the formal employment period of a scientific career, the Indian National Science Academy had only 5 per cent elected women fellows in their ranks. As ever increasing numbers of women come out of universities and look for opportunities, this policy must aim to prepare institutions to ensure a diverse and inclusive workplace for women in science.

A precipitous drop in the number of women in science happens at the stages following graduation. Juggling professional and domestic responsibilities is only the tip of the iceberg. Building a motivated team and attracting consistent funding are the two main challenges that any young researcher faces. Attending research conferences and presenting papers at national and international meetings is how one gets noticed. Administrative hassles at the workplace, uncertainty of securing a travel fund and help at the home front caring for young children or ageing parents often makes the woman scientist focus on publications since they are perceived as the one objective criterion to judge a scientist. However, scientific ideas grow and take form through interactions, and immersive experiences away from the lab and home help in developing fresh, creative and contemporary projects.

A few structural changes can go a long way in rectifying the inequalities during the early stages of a scientific career. The recent guidelines making creche facilities mandatory at workplaces employing a certain number of women were much needed. A lesson from the experience of starting one such facility is that it would be unaffordable for students and post-doctoral fellows if all the costs were to be borne by the users. By stepping in and providing qualified manpower, the institute where I work ensured that the creche was sustainable, affordable for all and provided employment opportunities to more women. The second major challenge is safe travel, especially if this policy is to percolate beyond the major cities, into suburban towns, where many large educational campuses are built. Prioritising young families for on-campus housing by revamping the current seniority-based system and workplace transport facility in cities is the equivalent of cycles for schoolgirls in remote districts.

Editorial | Scientific institutions have not re-designed systems to accommodate talented women. Policy must address this gap

The third most important change should be in our approach to conferences. By supporting and rewarding organisers who ensure greater participation of women, we can ensure higher participation and present networking opportunities without the inequalities imposed by the variable practices at different institutes. With growing impetus on securing funds from the industry, special sessions at conferences can provide a platform for floating ideas and understanding the needs of the industry. Women will especially benefit from moving such discussions from alumni networks and informal clubs to the open format of conference sessions.

It is important to note that these measures not just help women but provide a more equitable workplace. The workplace creche, for example, not only supports women but also men who share childcare responsibilities. The childcare leave, like the leave travel concession, if extended to either parent, will prevent women from bearing the brunt of career setbacks. Ironically, many measures conceived to be “women-friendly” can have unintended and undesirable consequences, especially in the short-term. In some institutes, to ensure their safety, women are advised to work only during official hours, while men can access labs any time. Instead of segregating any group out of sight, the best research institutions create spaces for mixing and mingling, ironing out stereotypes and perceptions of being the “other” group.

Another informal practice at many institutes is to avoid hiring couples. This has been a major stumbling block for many scientists who found like-minded partners in their own fields. Often dubbed the “two-body problem”, couples are forced to put one career before another to ensure at least one stable job. My experience has taught me that most fears of couple-hiring are imagined and exaggerated. In fact, these couples are often invisible bridges between the islands that inevitably form in a profession that requires deep specialisation and wide networks in equal parts.

Institutes around the country can benefit from increased mobility of senior academics. A major hurdle for experimentalists is that they are loath to leave facilities that they have built up from scarce resources with time and care. By creating a metric for valuation of such resources, and a channel for inter-institutional mobility, cross-fertilisation of ideas, technical expertise and resources can ensue. Many women find a second opportunity in their fifties. The flexibility to switch career paths with an initial exploratory period followed by the opportunity to make a permanent move could prevent stagnation and create a much-needed flux between academic institutes-government and private centres of learning, research institutes and even the industry.

The new policy should apply to private and government institutes. We have been witnessing an influx of philanthropic funding, entry of foreign institutions and the rapid growth of private institutions in the arena of higher education. If we place the burden of reversing long-standing inequalities and ensuring inclusivity only on government-funded institutions, we are in fact putting them at a great disadvantage in a competitive arena.

Opinion | India requires a policy push, change in mindsets, for there to be more women scientists

If we truly want “inclusivity, equity and diversity” in our scientific institutions, the new policy has to be sensitive to ground level realities. Committees and organisations have to be sensitised and implementation ensured through periodic evaluations of outcomes. Making the data regarding publicly funded projects widely available will allow analysis of factors beyond equality in numbers, by asking deeper questions, like what percentage of funding goes to women scientists at various levels. Poorly thought out and haphazardly implemented policies that focus on mere ratings and rankings can backfire. At least in the early stages, the benefits of such radical changes are also likely to go to the women who are less in need of such measures.

Some turbulence in the short term is inevitable to bring about lasting change, but without scope for self-correction, policies may evolve into entrenched practices that take us away from the intended course. Ensuring equality without compromising quality of research, by creating an environment of individual freedom and institutional trust, requires concerted effort from policy makers, institutions and individuals.

This article first appeared in the print edition on October 6, 2020 under the title “She is a scientist”. The writer is a molecular biologist, working for 15 years at the CSIR-Institute of Genomics and Integrative Biology. Views are personal