On Saturday police arrested the Jolly Joseph on the charge of murdering her first husband, his parents, and three other members of his extended family here, over a period of 14 years, with cyanide in their food. 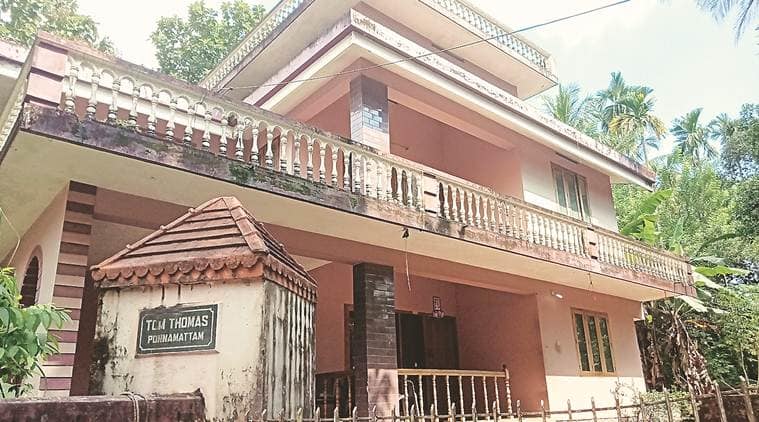 WHEN THE bell chimed for the Mass at Lourd Matha Catholic Church in this village, 34 km from Kozhikode in North Kerala, on Sunday, missing in the pew on the women’s side was one of the most religious members of the parish — Jolly Joseph.

On Saturday police arrested the 47-year-old on the charge of murdering her first husband, his parents, and three other members of his extended family here, over a period of 14 years, with cyanide in their food. Police say Jolly carried out the murders to take control of the family’s property, and to live with a person of her choice.

Koodathai, her in-laws’ village, is in shock at not just the allegation against the pious, cheerful and talkative woman with a wide network of friends but also how she appears to have got away with it for so long.

“Only last week we had returned together from a retreat centre after one-day meditation. She used to hold regular prayer meetings at her house,” says P George, a member of Jolly’s prayer group at the parish. George claims to have also spoken to Jolly about police opening probe into her first husband Roy Thomas’s death recently. “Jolly said she had nothing to worry about.”

Jolly’s second husband Shaju Zacharias, a high school teacher whom she married in 2017, says, “She would often visit the cemetery where Roy and his family members were buried, to put flowers and light candles on their graves.” Also calling her very religious, Shaju says, “She got uneasy if she ever missed a Sunday Mass.”

Originally from Kattappana in Idukki, Jolly had a love marriage in 1997 with Roy, a trader, the eldest of three children of Tom and Annamma Thomas. While Tom retired as an Education Department clerk, Annamma used to work as a teacher.

Shahul Hameed, their next-door neighbour, says Jolly told everyone she was a lecturer at the National Institute of Technology Calicut (NIT-C). “People in the locality had a good impression of her… We came to know only now that she worked at a beauty parlour,” Hameed said. 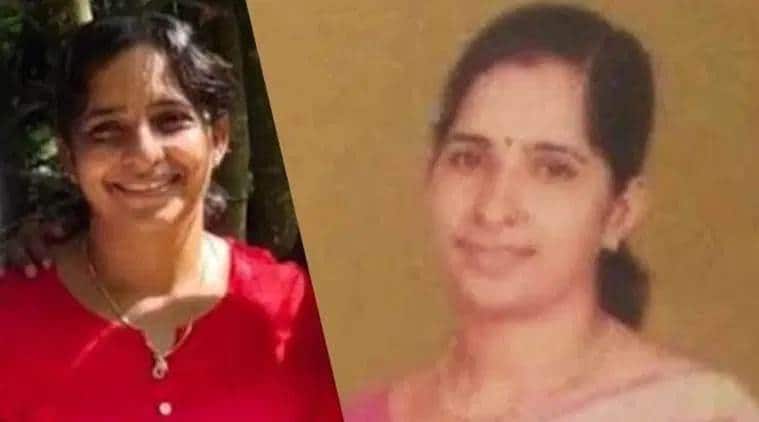 However, the villagers do remember that there was a property dispute after the parents died — Annamma, 57, in 2002 and Tom, 66, in 2008. Their deaths were attributed to cardiac arrest, but police now believe both were killed by Jolly. They left behind an acre of agricultural land, another plot of 40 cents, and a two-storey house. Neighbours say after their deaths, Roy became an alcoholic and lost his mind. So when an autopsy revealed cyanide poisoning behind his death in 2011, after he had started vomiting and frothing from the mouth, everyone believed it was a case of suicide.

Six years after Roy’s death, Jolly married Shaju, the son of Tom’s brother Zacharias Thomas. By then, both Shaju’s one-year-old daughter Alphin and wife Sili were dead. Jolly is a suspect in these deaths too. While she was nearby when Alphin died in 2014, Sili died in her lap in 2016.

Neighbours recall a very low-key wedding, with Jolly continuing to stay at the Koodathai house with her sons, and Shaju at Pulikkayam, 13 km away, with his parents.

Shaju claims Sili’s parents and Jolly pressed for the wedding. “But citing her big friend circle, Jolly never stayed with me. I would go stay with her at Koodathai occasionally.”

It was two months ago that police first came knocking, following a complaint by Rojo, Tom and Annamma’s younger son. A neighbour, Aysha, claims Rojo had long been suspicious. “When he came visiting (from the US, where he is settled), Rojo would not stay at the house or have food cooked by Jolly. He preferred a hotel.”

Since Jolly’s arrest, the Zacharias have distanced themselves from her. “Jolly has four brothers who live in Idukki. They can take care of her legal battle,” says Shaju. She doesn’t have a lawyer yet.

Kozhikode Rural S P K G Simon says the 47-year-old hasn’t expressed any regret over the alleged murders. “Every killing made her more bold and courageous,” he claims.

Police have also arrested M S Mathew, a salesman with a jewellery shop, and goldsmith Preji Kumar on the charge of supplying her the cyanide. According to the SP, Mathew knew why she wanted the poison, and Kumar gave it to him. Cyanide has various uses in making/polishing jewellery.

Jolly and Thomas’s two sons are now with his sister Renji, based in Kochi. One of the sons told the media Sunday, “Let the truth come out… Those who commit a crime should be punished.” Saying he didn’t want to judge anyone, he added, “Things impossible to imagine or comprehend are happening in life.”

Renji, a schoolteacher, said she was happy that “truth behind the death of her parents” was revealed. “We believed what Jolly said when my parents and brother died. I believe another person was involved in the murders. It’s up to police prove it,” she said.