The BS Yediyurappa-led BJP government announced a relief package of Rs 3,000 each to imams and muezzins in mosques along with the temple priests serving in the 'C' category of temples under the Muzrai (Hindu religious endowment department) Department. 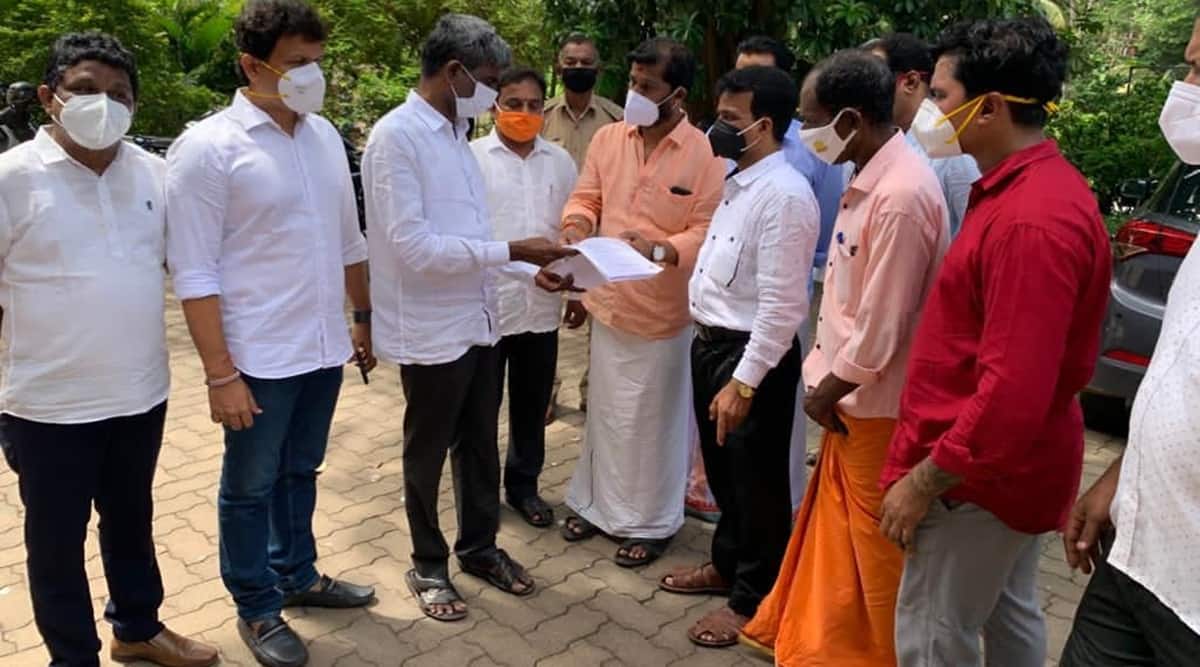 The Karnataka government Wednesday put on hold its decision to pay Covid lockdown relief to imams and muezzins of mosques in the state from the funds of the Hindu religious endowment department. The move comes after the Vishwa Hindu Parishad (VHP) in Dakshina Kannada district opposed the decision.

Recently, the BS Yediyurappa-led government announced a relief package of Rs 3,000 each to imams and muezzins along with the temple priests serving in the ‘C’ category of temples under the Muzrai (Hindu religious endowment department) department.

In a memorandum submitted to state Muzrai Minister Kota Srinivas Poojary Wednesday, the VHP welcomed the move of announcing a relief package to temple priests but opposed the package to imams. “VHP welcomes the decision of the government to provide compensation to temple priests who are affected by the Covid lockdown. However, VHP opposes the decision of the government to provide Covid relief to the imams of 41 mosques and madrasas of the district from the funds of the Hindu Religious Endowment. The money received from Hindu temples should be utilised for the temples and the welfare of the Hindu community,” the letter stated.

The minister, who received the memorandum by VHP members in Mangaluru, assured the leaders that the decision will be withdrawn, according to a VHP statement.

Speaking to indianexpress.com, VHP divisional secretary Sharan Pumpwell said: “It is unfair that the government is giving relief packages from the revenue generated by the Hindu temples to the imams of mosques. If the government wants to give allowances to imams, why doesn’t the government bring mosques and madrasas under the Karnataka Wakf Board and announce the relief package or allowance?”

“Through Hindu Religious Endowment department, the government is providing the relief package to more than 150 mosques and their imams,” he added.

Later in the evening, Minister Poojary issued a statement saying that the package supposed to be given to the mosques by the Hindu Religious Endowment department has been put on hold. “After the requests received from various Hindu organisations, I have instructed the officials to hold all the packages to other religious institutions immediately from the Religious Endowment department,” Poojary said.

“A total of 764 other religious institutions in the state were provided financial assistance by the Hindu Religious Endowment department; the package to these institutions will be put on hold,” the minister added.