Health Minister Veena George applauded the efforts of Ajeesh and Noufal in the middle of a raging pandemic, terming them a model for the state's health department. 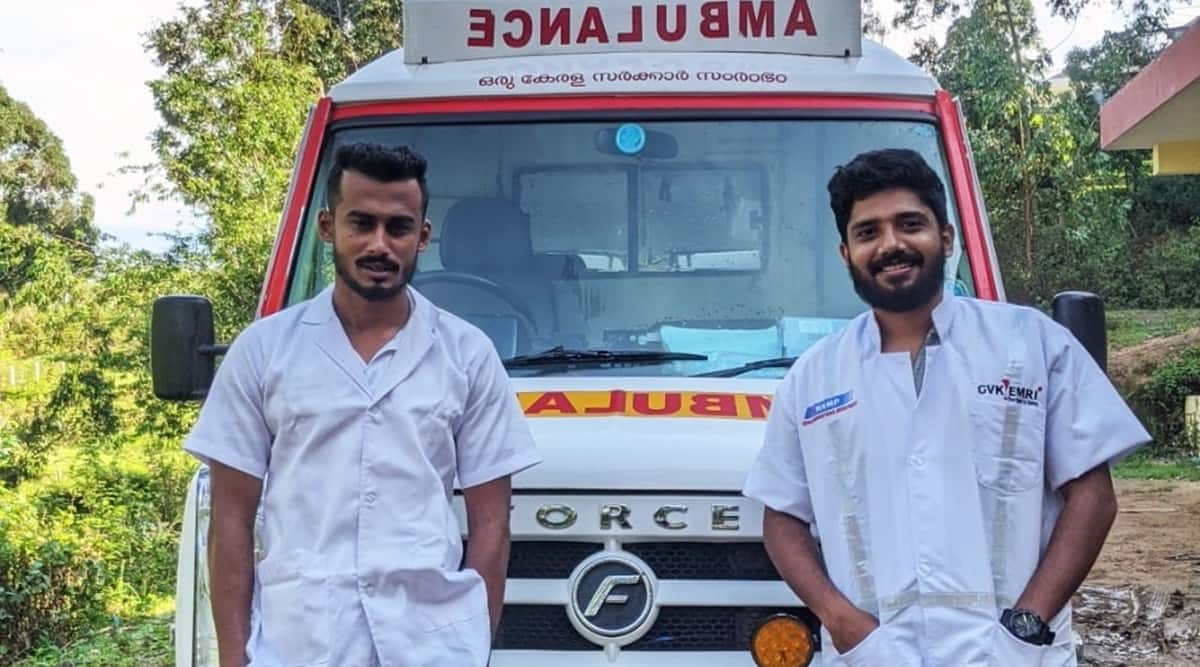 An emergency medical technician (EMT) and an ambulance pilot came in for praise from Kerala Health Minister Veena George for their timely intervention in assisting a pregnant woman deliver her child in a car enroute the hospital.

Around 1:55 am on Tuesday, the family of Kausalya (20), a resident of Koviloor in Idukki district, set out for a hospital in a car after she developed intense labour pain. On the way, they requested for an ambulance of the Kanivu 108 network and a vehicle from the Vattavada Family Health centre with EMT BS Ajeesh and pilot Noufal Khan rushed out.

Somewhere near the Pampadum Shola National Park, the ambulance staff met Kausalya and her family. But by then, her condition had turned critical. When Ajeesh examined her, it became clear to him that she could not be transferred to the ambulance before delivering her child. Ajeesh, with the help of Noufal, then proceeded to make arrangements inside the car for childbirth.

At 2:15 am, under the duo’s guidance, Kausalya gave birth to a boy inside the car without any major complications. The mother and newborn were then transferred to the ambulance and ferried to High Range Hospital in Munnar and subsequently a private hospital in Adimali. Both mother and child are reported to be healthy.

Health Minister Veena George applauded the efforts of Ajeesh and Noufal in the middle of a raging pandemic, terming them a model for the state’s health department.