Any currency design change must be approved by the RBI central board and the central government. 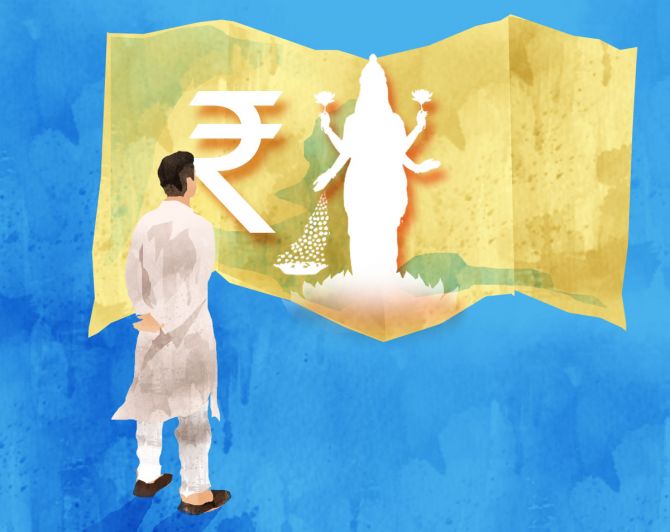 Delhi Chief Minister Arvind Kejriwal, who created a political flutter with his appeal to incorporate images of Goddess Lakshmi and Lord Ganesha on currency notes, has written a letter to Prime Minister Narendra Modi pushing forward the demand.

Claiming that the Indian economy was not in good shape, Kejriwal had said the country needed a lot of effort to get the economy back on track along with the ‘blessings of our gods and goddesses’.

The move has invited criticism from the Opposition, including the Bharatiya Janata Party, for making a U-turn in their approach to Hindu gods.

But does printing currency notes with new images come under the Centre’s ambit or the Reserve Bank of India?

Who decides how banknotes and coins should look?

Any currency design change must be approved by the RBI central board and the central government.

Changes in the creation of coins fall under the purview of the government.

Who decides on the minting of coins?

In the case of coins, RBI’s role is restricted only to the distribution of the coins.

The government has the power to design and mint coins in various denominations.

The government has been given this right under the Coinage Act, 2011. 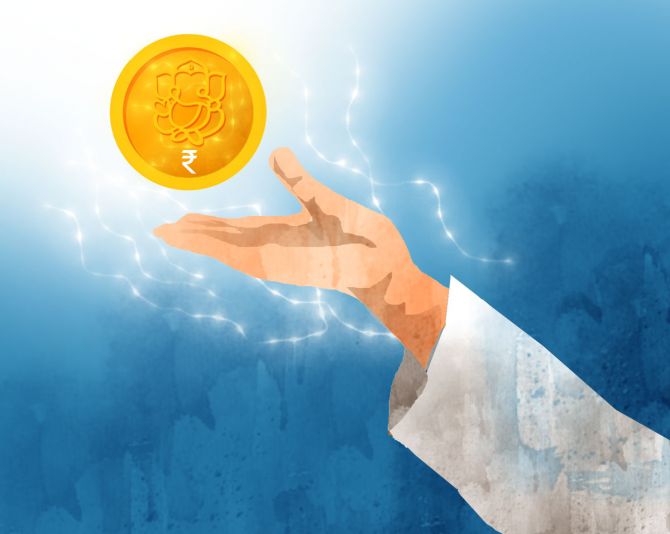 The RBI internally works out a design, which is then put forth by the RBI’s central board.

According to Section 22 of The Reserve Bank of India Act, 1934, the RBI has the ‘sole right’ to issue banknotes in India.

Section 25 states that ‘the design, form, and material of bank notes shall be such as may be approved by the Central Government after consideration of the recommendations made by the [RBI’s] Central Board’.

The Department of Currency Management, which Deputy Governor T Rabi Sankar currently heads, is responsible for administering the core function of currency management.

The department of Currency Management addresses policy and operational issues relating to the designing of notes, forecasting the demand for notes and coins, and ensuring the smooth distribution of banknotes and coins across the country.

Any changes in the design of the notes are worked out by the department of Currency Management, which then submits the design to the RBI and recommends it to the government.

It is only after the government’s nod that a particular design change come into effect.