Even more recent data from this month confirmed the softening trend in activity. 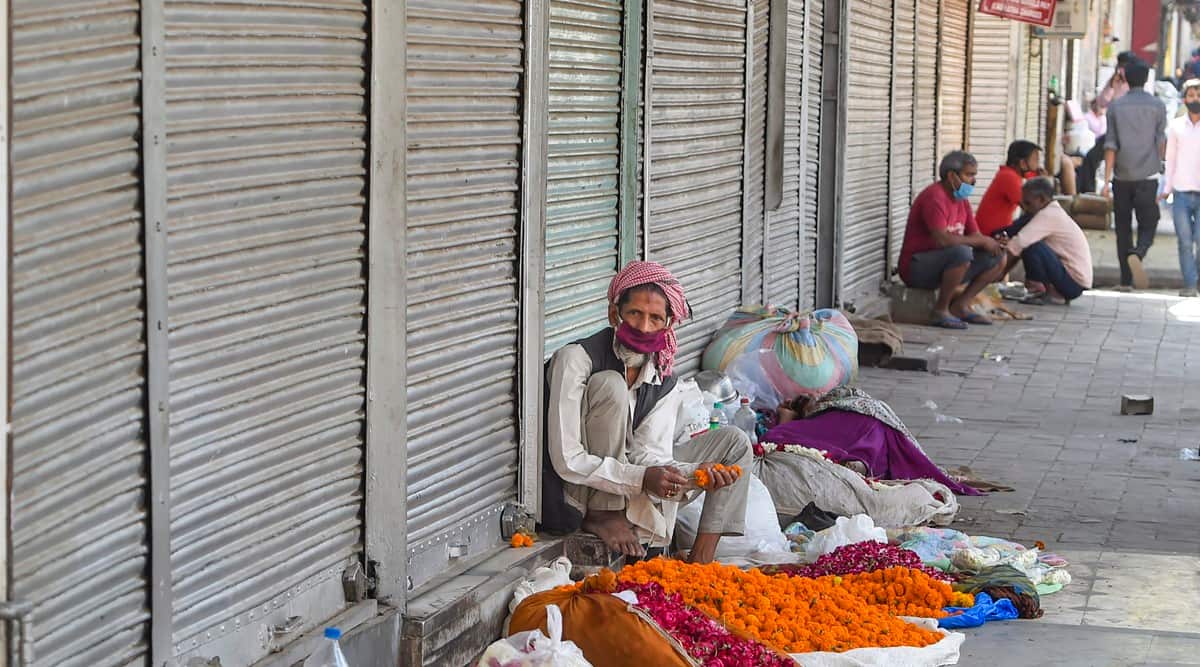 India’s economic activity showed signs of beginning to cool off in April as several states resorted to lockdowns to control a deadly second wave of the coronavirus.

Although the three-month weighted average scores of eight indicators tracked by Bloomberg News showed the pace of activity was unchanged from March, the single month reading pointed to weakness setting in. 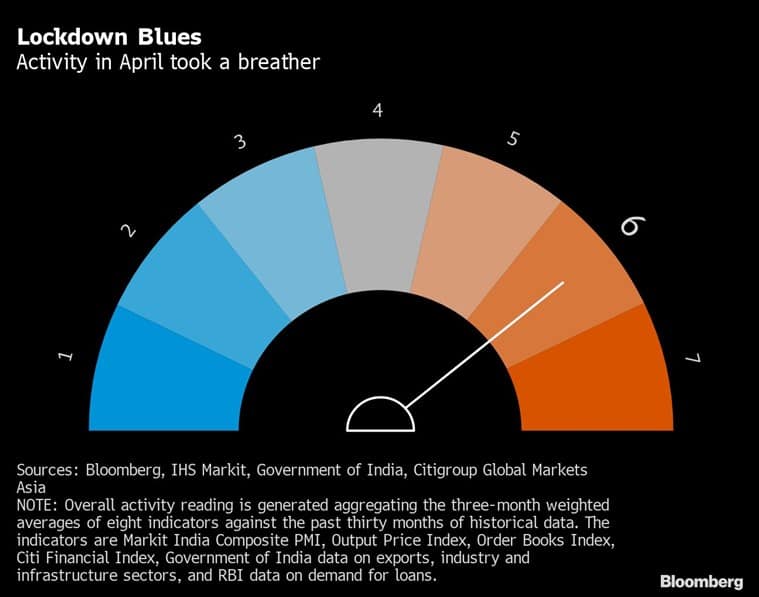 Even more recent data from this month confirmed the softening trend in activity. A basket of high-frequency, alternative and market indicators such as retail activity and road congestion pointed to weakness in the week to May 16, Abhishek Gupta, India economist at Bloomberg Economics, said in a report.

Here’s more India data worth tracking in the days ahead:

— Goods and services tax data released by the Finance Ministry around the first week of every month is a key indicator of consumption
— Surveys of purchasing managers by IHS Markit, also out next week, will offer an early glimpse of manufacturing and services activity
— Auto sales published by companies such as Maruti Suzuki India Ltd. and Hero MotoCorp Ltd. on the first day of every month serve as an indicator of demand
— Unemployment rate for April from private research firm Centre for Monitoring Indian Economy Pvt. will also be out early next week, serving as a window on the labor market in the absence of real-time official data

The growing economic pain may render next week’s gross domestic product numbers a sideshow. Data on Monday will probably show the economy grew near about 1% from a year earlier in the March quarter, and faster than the 0.4% expansion in the prior three months, before India became the global hotspot for virus infections.

Activity in India’s dominant services sector moderated for a second straight month in April. The IHS Markit India Services PMI eased to 54 from 54.6, with a reading above 50 signaling growth. A similar survey for the manufacturing sector showed expansion picking up just a tad. 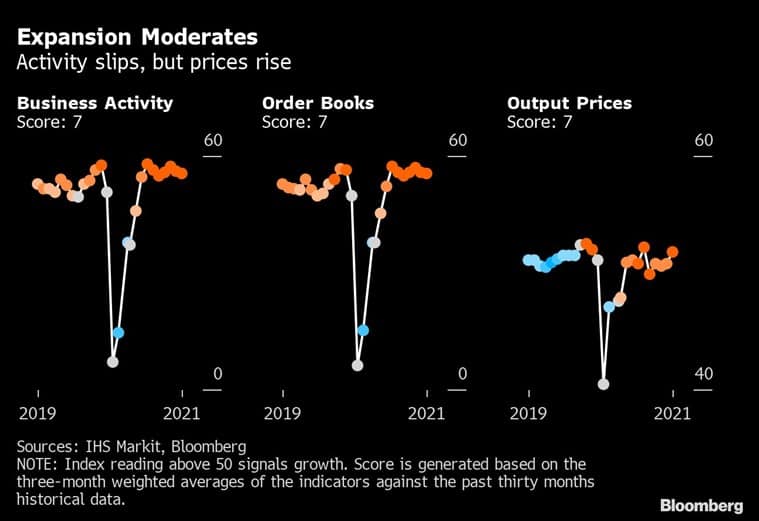 At the same time, input costs have been rising with implications for headline inflation. That is likely to come up for discussion at next week’s Monetary Policy Committee meeting to decide interest rates.

Exports soared in April, mainly because of a low base the year earlier when a nationwide lockdown crippled economic activity. Shipments jumped 196%, while imports increased 167% year-on-year. Sequentially though, both measures moderated. Google mobility indicators exhibited a dip across all major cities in April as compared to the baseline. E-way bills — an indicator of domestic trade — recorded double digit contraction at 17.5% month-on-month in April — and possibly pointing to a moderation in goods and services tax collections.

Bank credit grew 5.7% in April from a year earlier, picking up from 5.6% expansion seen in March, central bank data showed. Liquidity conditions stayed comfortable, with the banking system in surplus. Industrial production expanded, jumping 22.4% in March from a year earlier, mainly because of a favorable base. But numbers for April are likely at risk from activity curbs because of state-level lockdowns.

Output at infrastructure industries, which makes up 40% of the industrial production index, expanded 6.8% in March from a year ago. Both data are published with a one-month lag.