The bill was passed by voice vote with the government asserting that the merger will fast-track development of the two union territories. 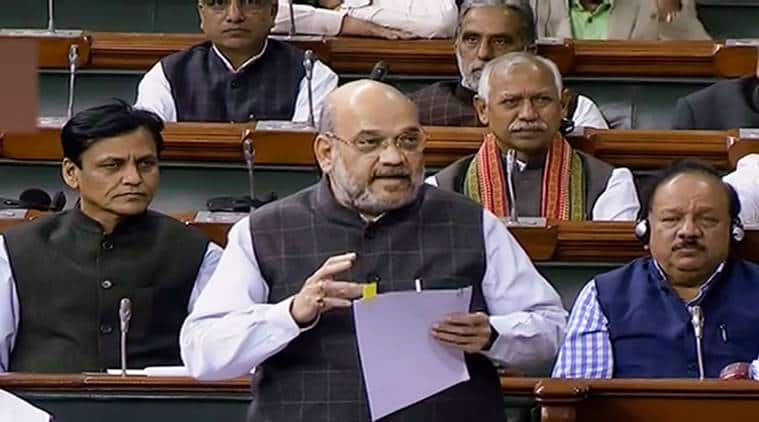 A bill which seeks to merge the Union Territories of Daman and Diu, and Dadra and Nagar Haveli was passed by Lok Sabha on Wednesday.

The bill was passed by voice vote with the government asserting that the merger will fast-track development of the two union territories.

Responding to the brief debate on the Dadra and Nagar Haveli and Daman and Diu (Merger of Union Territories) Bill, 2019, Minister of State for Home G Kishen Reddy said that the measure will help in strengthening administrative efficiency services.

Interjecting on the issue, Home Minister Amit Shah assured that reservation provided to people in the two union territories will continue.

Reddy explained that the number of Lok Sabha seats will also remain unaltered and the jurisdiction of the Bombay High Court will continue over the two territories.

Members who participated in the discussion demanded that the merged UT should have an assembly on the lines of Puducherry.

Officers handling the services have to sit for few days in one UT and for few in other UT.

Merging will also help in cutting down administrative cost, he said, adding it was the demand of the people to merge both the UTs.

“In view of the policy of the government to have ‘Minimum Government, Maximum Governance”, considering small population and limited geographical area of both the Union Territories and to use the services of officers efficiently, it has been decided to merge the UTs of Dadra and Nagar Haveli and Daman Diu into a single UT,” Reddy had said introducing the bill earlier.

The merged Union Territory will be named as Dadra and Nagar Haveli and Daman and Diu.

The country currently has nine Union Territories after the creation of the UTs of Jammu and Kashmir, and Ladakh. However, with the merger of Daman and Diu, and Dadra and Nagar Haveli, the number of UTs will come down to eight.