The directions came during a meeting held by the chief minister with officials of the Kolhapur district collectorate, MIDC, MPCB and people's representatives. 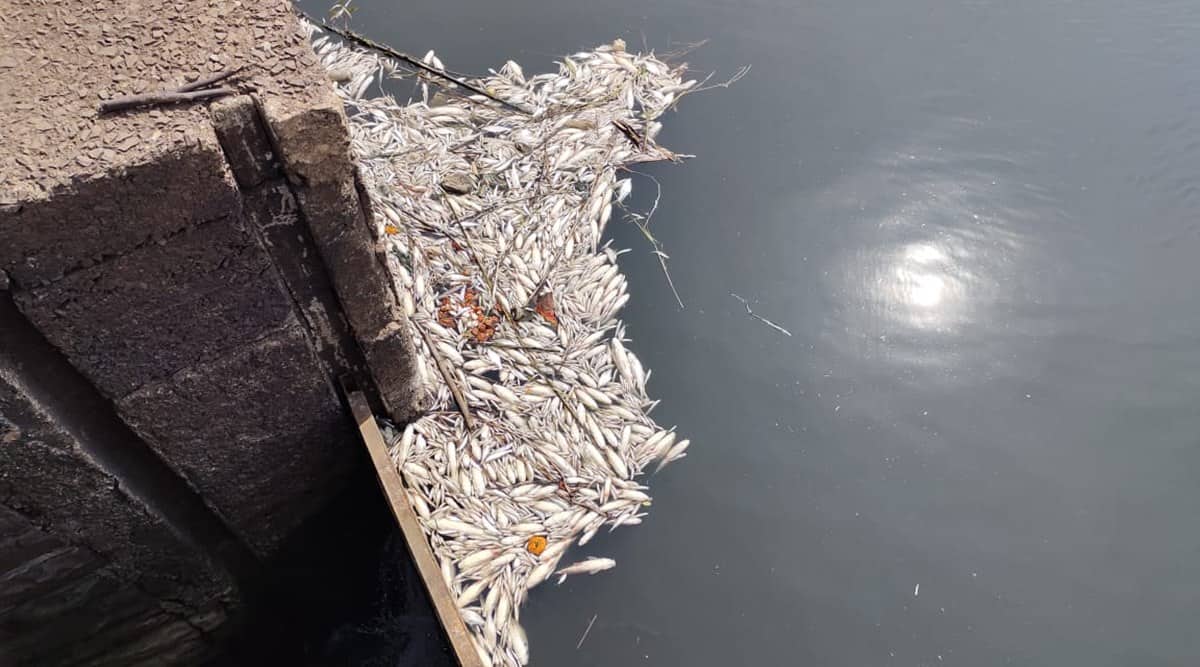 A fornight after thousands of fish were found dead in the polluted Panchganga river, Chief Minister Uddhav Thackeray has directed the Maharashtra Pollution Control Board (MPCB) to seal the industrial units which release untreated waste in the river. The CM also directed the Kolhapur district collectorate to submit a report on filing of an FIR against activists protesting against river pollution last month.

The directions came during a meeting held by the chief minister with officials of the Kolhapur district collectorate, MIDC, MPCB and people’s representatives.

“The chief minister has directed that industrial units which are found discharging untreated waste should be sealed. He said these units should be allowed to open only after they have taken necessary corrective action,” Kolhpur District Collector Daulat Desai told The Indian Express on Wednesday.

On December 24, The Indian Express had reported that thousands of fish were found dead in Panchganga river near Terwad village in Kolhapur district. Angry villagers had tied up a senior official of the MPCB, claiming nothing had been done in the matter despite repeated complaints by them. The official was released only after the MPCB promised action against officials of the Ichalkaranji civic body.

Desai said there were nearly 68 processing plants and 400 household textile units of dyeing and sizing in Ichalkaranji town, which were a major cause of concern. “When the common effluent treatment plant in Ichalkaranji malfunctions, untreated waste makes its way to the river. The CETP is run by the local industrial association… The processing plants and household units in Ichalkaranji have separate CETPs. But the one for household units needs upgradation as it has lesser capacity to treat water,” he said.

The large industrial units in Kolhapur have their own effluent treatment plant, said the district collector. “But sometimes these too malfunction, leading to discharge of untreated waste. MIDC and MPCB will take action against such units,” he said.

Meanwhile, the CM has asked the district collector to submit a report regarding the FIR filed against activists who had tied up the MPCB official while protesting in Terwad village. “Since there have been demands to withdraw the FIR, the chief minister has sought a report in this connection. We will soon submit it,” said Desai.