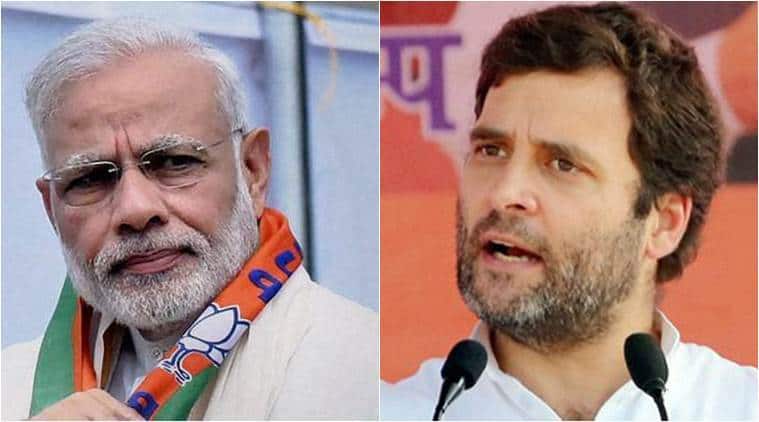 LIKE IT happened across the country, every rally addressed by Prime Minister Narendra Modi in Maharashtra translated into votes for the BJP-Sena alliance. The alliance candidates not just won from all these areas, but also emerged victorious with a big margin. In contrast, only one Congress candidate won from the areas where Rahul Gandhi addressed his seven rallies in the state.

Modi addressed rallies in seven places — Wardha, Mumbai, Nandurbar, Madha, Nashik, Dindori and Latur. All BJP-Sena candidates won with big margins from these places. The PM had held a common rally for Baramati and Madha candidates in Akluj, which falls in Madha constituency.

In Madha, Ranjitnaik Nimbalkar, who was imported by the BJP from Congress, defeated NCP’s Sanjay Shinde by over 85,000 votes. Of the six Assembly segments in Madha, only in Malshiras, the BJP candidate received a lead of over lakh votes, which ultimately proved decisive.

Congress leader Prakash Patil said they knew that the rally in Akulj, which falls in Malshiras, would hit the Congress-NCP hard. “In the other five Assembly segments, the lead was between 1,000 to 25,000 votes,” he added.

In Baramati, however, BJP’s Kanchan Kool lost to sitting NCP MP Supriya Sule by a huge margin. “Had the PM held a rally in Baramati, it would have sealed the fate of Supriya Sule as well,” said a BJP leader.

Modi held his first rally in Wardha, where he directly took on NCP chief Sharad Pawar. “Ajit Pawar will take the wicket of Sharad Pawar,” he said in an apparent reference to the “dispute” in the Pawar family over fielding Ajit’s son Parth. BJP’s Ramdas Tadas defeated Congress’ Charulata Tokas by over 1.8 lakh votes in Wardha.

BJP spokesperson Keshav Upadhaye said: “The effect of PM’s rallies has been immense. Wherever he went, all the candidates won.” In contrast to PM’s rallies, Rahul addressed rallies in Nagpur, Chandrapur (two rallies), Wardha, Nanded, Mumbai, Shirdi and interacted with students in Pune. But the rallies ensured a solitary win for Congress’ Suresh Dhanorkar, who defeated Hansraj Ahir of BJP in Chandrapur. A Congress spokesperson said the party was analysing the reasons behind the poor show.

(With inputs from Atikh Rashid)