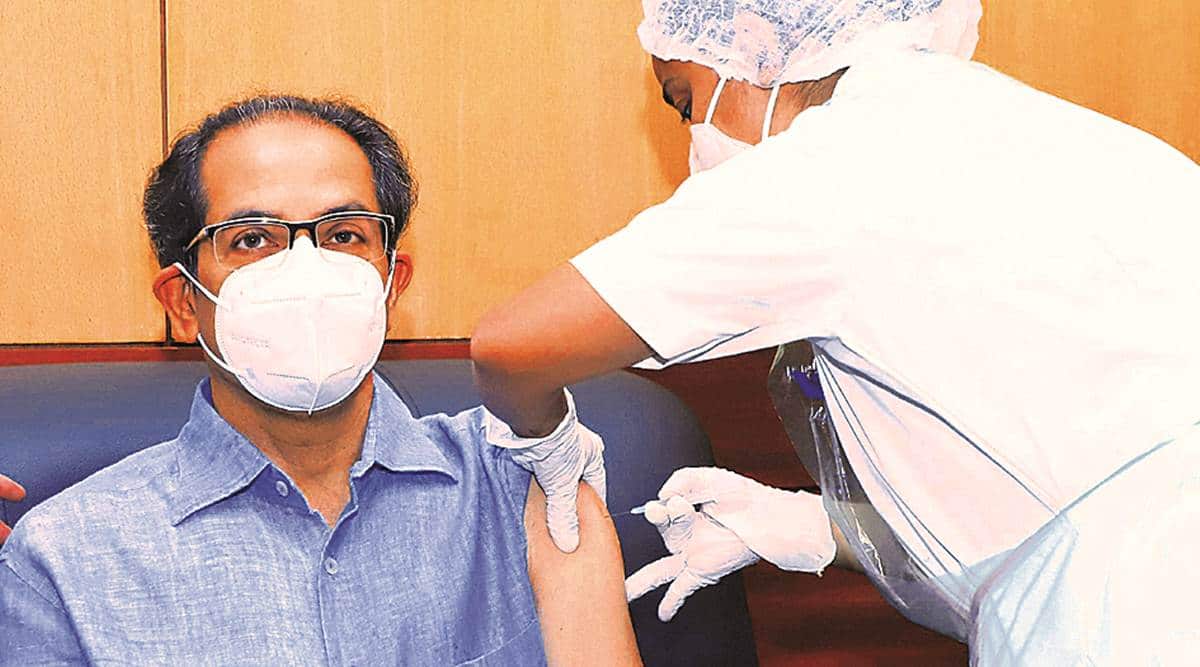 As Maharashtra coronavirus figures touched a six-month high on Friday, Chief Minister Uddhav Thackeray warned that some areas of the state could be on the “threshold of a lockdown”, just like Nagpur, which became the first city in nine months to go in for total isolation for a week, starting March 15.

Brihanmumbai Municipal Commissioner Iqbal Singh Chahal, however, said that there was no immediate threat of a lockdown in Mumbai.

Maharashtra, which is at the centre of India’s second wave of infections, reported 14,317 new cases on Friday, the highest since October 3. The state, which had seen its daily cases go down below 2,000 in January, has been in the midst of a major resurgence since the first week of February.

On Friday morning, after taking a vaccine shot, Thackeray said the government would decide in the next two days whether to impose a lockdown in some other areas, but in an evening address on social media, he tried to allay public concerns, saying the lockdown could still be avoided.

Along with Mumbai and Pune, Nagpur has been an epicentre of the second wave of infections in Maharashtra, which has seen a steep rise in cases over the last month.

“Covid cases are rising in the state. We need to announce the containment zones in some places, considering the rise in cases. We are on the threshold of a lockdown. Earlier in the day, I had said we may need to impose a lockdown if required. But that does not mean that lockdown would be imposed today, tomorrow or the day after. We can still avoid the lockdown,” he said.

“If the lockdown needs to be imposed in a city or district, then the district collectors have been instructed to take the prior permission of the state government to decide whether there would be a lockdown in a city, tehsil or entire district,” he said.

The largest numbers are being reported from Pune, but it is Nagpur that has gone into a lockdown first. State Energy Minister Nitin Raut said that apart from Nagpur Municipal Corporation areas, lockdown would be imposed in the adjoining towns of Kamptee, Koradi and Hingna as well. He said some offices which have to carry out financial year-end operations would be allowed to operate, as also some industries.

Like in earlier lockdowns, essential services like medicine and grocery shops, hospitals, milk and vegetables, and fruit outlets would remain open. Liquor shops and eateries would remain closed but home delivery would be allowed. Non-vegetarian food shops would also be allowed to open.

“Most importantly, Covid vaccination will go on as scheduled, with only one attendant being allowed with the recipients,” Raut said.

Some other districts in Maharashtra too have started to take pre-emptive measures. Pune, for example, has declared 100 containment zones, each comprising a society or a building. A weekly review meeting of the Covid-19 situation on Friday is expected to decide whether further restrictions on the movement and assembly of people need to be placed in the district.

The Nanded district administration has imposed restrictions on movement from Friday till March 21. While shops would remain open between 7 am and 7 pm, weekly markets would remain shut, and hotels and restaurants have been asked to close down by 7 pm.

Thackeray said the state government had authorised district administrations to take these decisions. “We will need to put restrictions on gatherings in confined places such as hotels and offices and the guidelines for these would be issued in a day or two,” he said.

He also appealed to the people to follow all precautionary measures when they are in home quarantine so that the disease does not spread to their family members.

In Mumbai, additional municipal commissioner Suresh Kakani said the surge had not put any additional pressure on the city’s hospital infrastructure right now.

“In buildings with more than five cases, we will seal the entire building. Small containment zones in clusters, where there is a local spread, will be implemented. But we are not planning any major lockdown measures. At this point it is not needed,” Kakani said.

He said strict action would be taken against people found violating quarantine norms. “We will make it compulsory to stay in a quarantine facility in that case, or register a police case,” he said.

Meanwhile, state Health Secretary Dr Pradeep Vyas said that the government was not looking at lockdown as the only solution to curb the spread of cases. “Instead, we need to re-learn from our previous experience. Mapping of cases, implementation of containment zones, regular surveillance where new clusters are forming, are measures that will help control the surge,” he said.