As India celebrates Mohandas Karamchand Gandhi’s 150th birth anniversary, here are some rare photographs of the Father of the Nation released by Photodivision.

On this day, let us remember Gandhi’s teachings of communal harmony and acceptance.

Mahatma Gandhi signing autographs, in return for donations to the Harijan Fund. This happy picture of Gandhi was taken at Juhu in Mumbai where he spent an occasional rest. Photograph: Photodivision 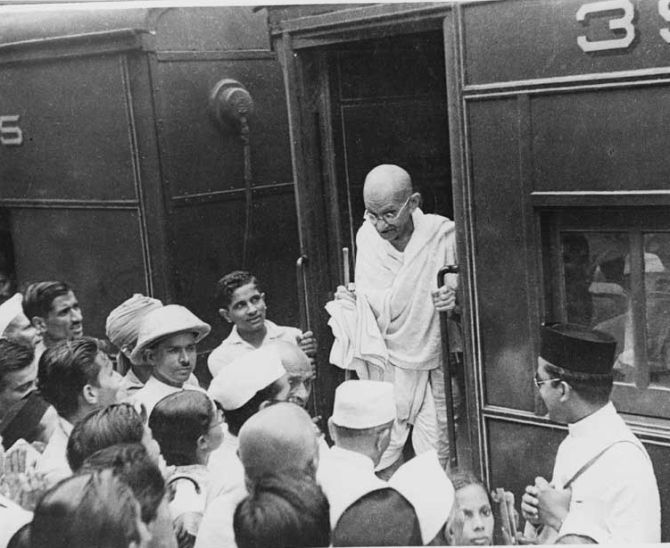 Though Mahatma Gandhi always traveled in the third class, his arrival at any station was a source of rejoicing and huge crowds always collected to welcome him. Photograph: Photodivision 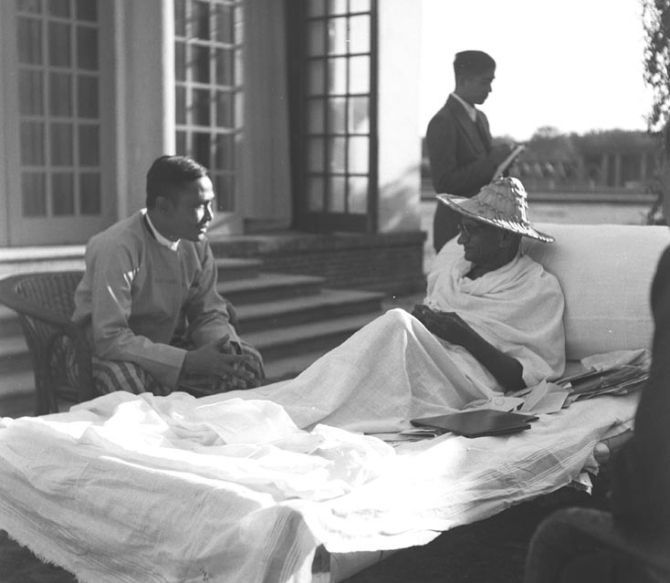 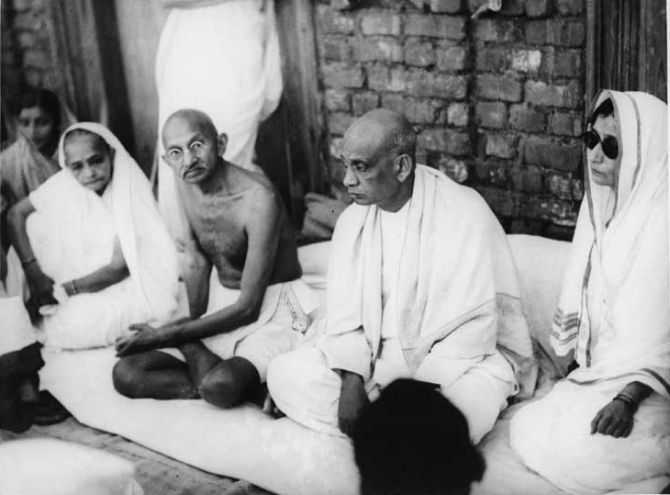 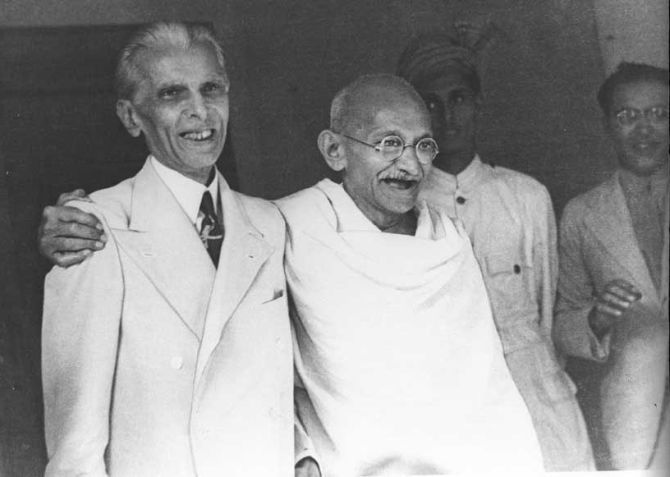 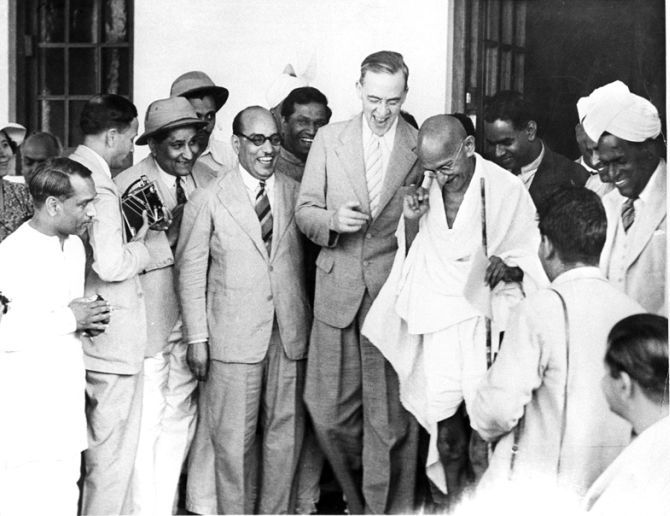 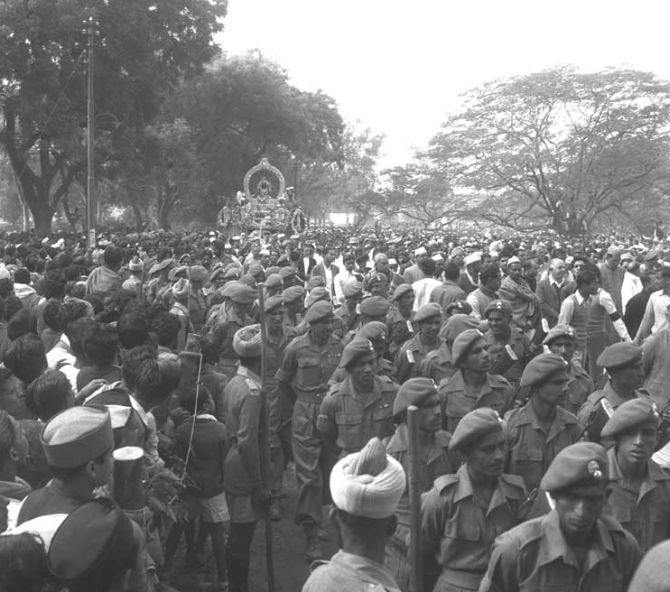 The final immersion ceremony of the sacred ashes of Mahatma Gandhi at Allahabad on February 12, 1948. The ashes which arrived from Delhi in a special train were taken in procession and immersed in the holy Ganga. Photograph: Photodivision

— ALSO MUST SEE: Gandhi in a Metro