The ministry said that a new challenge in the form of a fungal infection namely mucormycosis has emerged and is reported from many states amongst COVID-19 patients, especially those on steroid therapy and deranged sugar control. With mucormycosis adding to the health woes across states amid the Covid-19 pandemic, the Union Health Ministry has urged states and union territories to make the infection, also known as black fungus, a notifiable disease under the Epidemic Diseases Act, 1897, stating that it is leading to prolonged morbidity and mortality amongst Covid patients.

In a letter, the ministry said that a new challenge in the form of a fungal infection namely mucormycosis has emerged and is reported from many states amongst COVID-19 patients, especially those on steroid therapy and deranged sugar control.

“This fungal infection is leading to prolonged morbidity and mortality amongst COVID 19 patients,” Joint Secretary in the health ministry Lav Agarwal said in the letter.

The treatment of this fungal infection requires multidisciplinary approach consisting of eye surgeons, ENT specialists, general surgeon, neurosurgeon and dental maxillo facial surgeon, among others, and the institution of Amphotericin-B injection as an antifungal medicine.

“You are requested to make mucormycosis a notifiable disease under the Epidemic Diseases Act, 1897, wherein all government and private health facilities, medical colleges will follow guidelines for screening, diagnosis, management of mucormycosis, issued by the Ministry of Health and Family Welfare (Gol) and the Indian Council of Medical Research (ICMR).

“And, make it mandatory for all these facilities to report all suspected and confirmed cases to health department through district-level chief medical officer and subsequently to Integrated Disease Surveillance Programme (IDSP) surveillance system,” the letter stated.

According to experts, people with diabetes are more prone to getting the black fungus infection.

List of states that have reported cases of mucormycosis:

With the fungal infection so far claiming 90 lives in the state, Health Minister Rajesh Tope Thursday told Prime Minister Narendra Modi that mucormycosis is a matter of prime concern for the state at present, and that the Maharashtra government needs more supply of the medicine used in its treatment. Tope made the statement at a meeting held by Modi, during which the latter interacted with 17 district collectors of Maharashtra.

On Wednesday, the state health minister had urged the Union government to swiftly allocate to the state Amphotericin B injections, used to treat the infection.

Maharashtra has at least 1,500 Covid-19 patients suffering from the black fungus. Among them, 850 are in hospital.

A total of nine people have been diagnosed with mucormycosis, or black fungus, in Tamil Nadu, said Health Secretary J Radhakrishnan on Thursday. However, no person has died because of mucormycosis in the state so far.

Addressing reporters in Chennai, Radhakrishnan said the state has constituted a 10-member mucormycosis committee comprising deans, the Director of Public Health and Preventive Medicine (DPH) and doctors from various departments, including ENT, diabetology, microbiology and medicine.

Around 100 patients recovering from Covid-19 have been reported to be infected with mucormycosis in the state, following which the fungal infection was declared an epidemic in Rajasthan on Wednesday.

Mucormycosis has been notified as an epidemic and a notifiable disease in the state under the Rajasthan Epidemic Act 2020, according to a notification issued by the state’s Principal Health Secretary Akhil Arora. 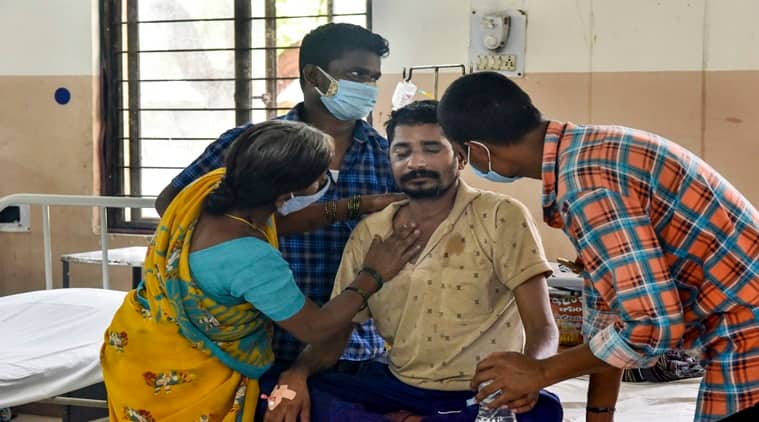 The Telangana government has declared black fungus (mucormycosis) as a notifiable disease under the Epidemic Diseases Act 1897 after 80 cases were reported in both government and private hospitals.

All government and private health facilities have been ordered to follow guidelines for screening, diagnosis and management of black fungus by the union health ministry and Indian Council of Medical Research. It is also made mandatory for all government and private health facilities to report all suspected and confirmed cases to the Health Department.

Amid rising cases of black fungus among both active and recovered Covid patients, the Punjab government also declared it a notified disease under the Epidemic Diseases Act. It is now mandatory for all government and private healthcare facilities across the state to report every suspected/confirmed case of the disease.

As per the notification issued by Punjab government’s Department of Health and Family Welfare, “….the state of Punjab is threatened with the outbreaks of dangerous epidemic disease namely Mucormycosis among Covid-19 patients being treated with steroids and that ordinary provisions of law for the time being in force are insufficient for the purpose. Now therefore in exercise of the powers conferred under Section 2, 3 & 4 of the Epidemic Diseases Act, 1897…The Governor of Punjab is pleased to make the regulation namely ‘The Punjab Epidemic Diseases Mucormycosis among Covid-19 Patients Regulations, 2021..”

The Manohar Lal Khattar government has also declared mucormycosis a notified disease in the state. If any cases of this disease are found, doctors will have to report them to the concerned chief medical officer (CMO), said Health Minister Anil Vij last Saturday. 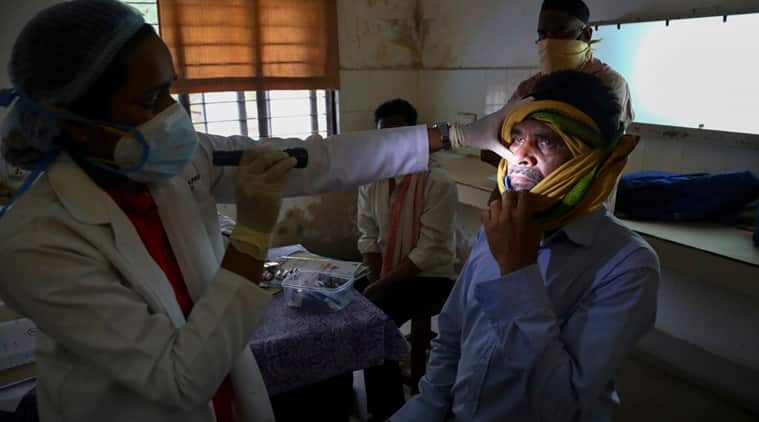 Amid cases of mucormycosis being reported in the national capital, Chief Minister Arvind Kejriwal on Thursday said dedicated centres will be set up for the treatment of black fungus cases at three city government-run hospitals.

He made the announcement after discussing the rise in black fungus cases with officials and specialists at a meeting.

The state has so far reported 90 cases of Mucormycosis among people who have recovered or are still recovering from Covid-19, PTI reported an official as saying on Wednesday. One of these patients died in Durg district. Of the total Mucormycosis patients under treatment, 61 are admitted in the All India Institute of Medical Sciences (AIIMS), Raipur.

The Andhra Pradesh government has placed orders for purchasing 15,000 vials of Liposomal Amphotericin-B injection to treat persons infected with black fungus. Till May 17, as many as nine cases of the infection were reported in different districts of the state but there were no related fatalities.

Principal Secretary (Health) Anil Kumar Singhal had on Monday said that the fungal infection would also be declared a ‘notified disease’, making it mandatory for private hospitals to share details of the cases, if any, they were treating.

In view of a rise in cases of black fungus among active and recovered Covid-19 patients, the Madhya Pradesh government has decided to launch the “nasal endoscopy” campaign, said state Medical Education Minister Vishvas Kailash Sarang on Wednesday. The campaign is aimed at the early detection and treatment of mucormycosis.