Chief Minister Mamata Banerjee has been hospitalised after she was reportedly injured on Wednesday evening when a few people allegedly pushed her, besides banging on her the door of her car during her campaign in Nandigram, from where she also filed her nomination for the upcoming assembly elections. 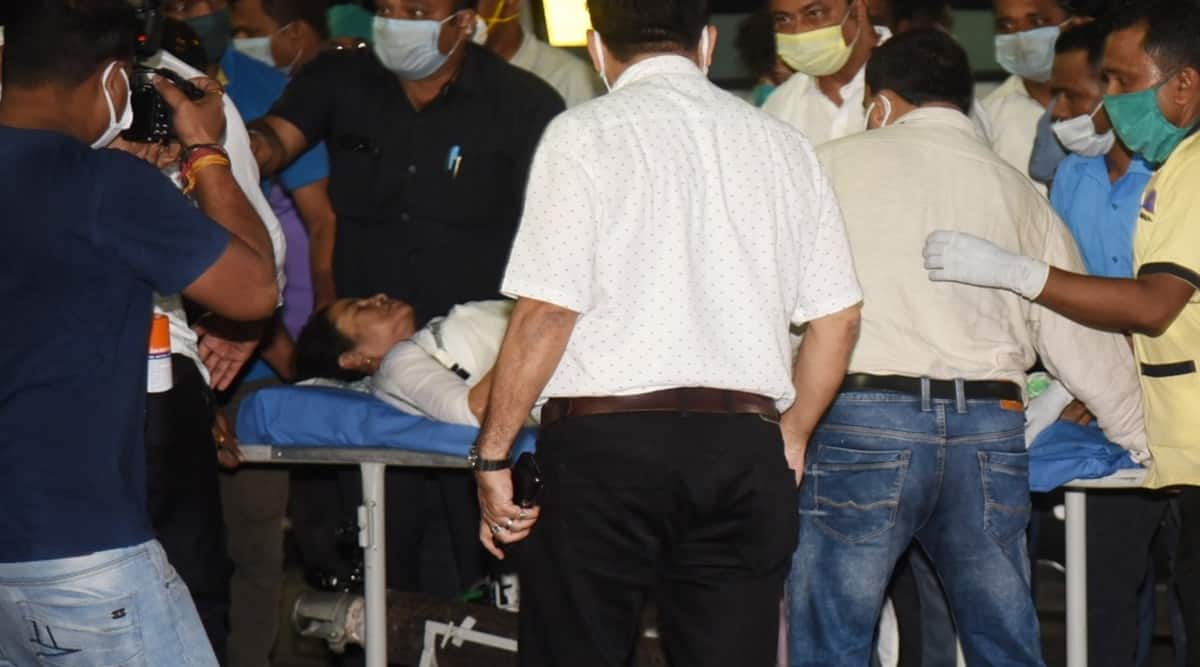 Appealing to her party workers and supporters to maintain peace, West Bengal Chief Minister Mamata Banerjee, who was injured after being allegedly pushed by some unknown miscreants in Nandigram, said Thursday that she would resume work possibly in two to three days.

“I’m hoping I can get back to my daily schedule after 2 or 3 day. But owing to the condition of my leg, there would be a problem but I will manage it. I won’t cancel any of my meetings… I might have to travel on a wheelchair in order to do it,” she was seen saying in a video message on Facebook.

“I am appealing to all to remain clam and maintain peace. I ask all to please refrain from doing anything that would cause problem to common man,” Mamata further said.

Explaining her condition from the hospital where she has been admitted to, Mamata said, “I was doing ‘namaskar’ standing on the bonnet of my car, at that time pressure was exerted, because of which my leg was hit by the car. In that condition, whatever medicine I was carrying I had those and soon we left for Kolkata. Since then, the doctors are treating me.”

The chief minister was hospitalised after she was injured during her campaign in Nandigram, from where she also filed her nomination for the upcoming assembly elections. The doctors have said that she has suffered severe bone injuries in her left ankle and foot and mild injuries in her right shoulder, forearm and neck. Although her condition is stated to be “stable”, the doctors are planning to conduct a series of medical tests, including a CT scan, to assess the degree of her injury. Injured West Bengal CM Mamata Banerjee arrives at SSKM hospital in Kolkata. (Express Photo by Partha Paul)With the assembly elections around the corner, Mamata and her party Trinamool Congress have claimed a conspiracy behind the incident while the BJP alleged that this was “tactics to gain sympathy.”

“This is a conspiracy. Some people intentionally pushed me. No administration was there to protect me. The police superintendent was also not there. They basically came here to hurt me. I have decided to return to Kolkata right now,” said Banerjee, who visible appeared shaken and in pain. Trinamool Congress supporters took to the streets across the state to protest against the alleged attack, blocking roads, burning tyres and raising slogans blaming the BJP. Protests were held in different areas of Kolkata, including Chetla and Sovabazar. Besides, demonstrations were also held in Howrah, Bankura, Jalpaiguri, Paschim Bardhaman, Paschim Medinipur and North 24 Parganas, among others. The ruling party activists took to the streets and
burnt tyres to protest against her political conspirators in Nadigram’s Birulia Bazar area where Banerjee sustained injuries.

A scuffle also broke out between the Trinamool Congress activists and a group of BJP workers in the Birulia area Thursday morning but the situation was soon brought under control.

Meanwhile, a case has been registered in connection with the attack on the chief minister, following a complaint lodged by TMC leader Sheikh Sufian. The case was lodged under IPC sections 341 (punishment for wrongful restraint) and 323 (punishment for voluntarily causing hurt), a senior police officer of the Purba Medinipur district told PTI.

Today morning, senior district officials visited the area in Nandigram where the incident happened and also spoke to eye-witnesses, besides looking for any CCTV installed in the area to ascertain the exact sequence of events.

The TMC has slammed the Election Commission for failing to provide security to Mamata Banerjee and demanded the poll body to take responsibility for the attack. Accusing the EC of acting “as per orders” of the BJP leaders, a three-member TMC delegation after meeting the EC officials in Kolkata today, alleged that the “Election Commission did nothing despite there being reports of a possible attack on Banerjee” adding that “The law and order situation in Bengal was good. But, after the announcement of elections, law and order become the responsibility of the EC.”

“The EC removed DGP of the state police and the very next day she was attacked,” TMC secretary-general Partha Chatterjee said.

The delegation has also registered a complaint into the incident and demanded a thorough investigation.

In the wake of the attack on Mamata, the Trinamool Congress has postponed the release of its manifesto for the upcoming elections in West Bengal. Mamata Banerjee was scheduled to release the manifesto Thursday afternoon at her residence in Kalighat. However, a senior TMC leader said the manifesto will not released without the CM. “The manifesto release has been postponed for the time being. It will be released after Mamata Banerjee gets well and is back home. Although our manifesto is ready, there is no question of releasing it without her.”

Meanwhile, a delegation of BJP leaders today visited the SSKM Hospital in Kolkata where the chief minister Mamata is undergoing treatment. However, Governor Jagdeep Dhankhar, who also visited the hospital Wednesday night to check on her health, had to face “go-back” slogans from the TMC supporters.

Several leaders from across the country have condemned the alleged attack on the Bengal CM.

Delhi Chief Minister Arvind Kejriwal called for immediate arrest of the accused, while Bihar’s opposition leader Tejashwi Yadav said that those responsible should not be spared as he asserted that the West Bengal police is now under the control of the Election Commission. Samajwadi Party chief Akhilesh Yadav also condemned the incident.

Mamata is pitted against her former confidante Suvendu Adhikari, who joined the BJP some time ago, in the Nandigram constituency that will go to poll on April 1 in the second phase. The eight-phased elections to the 294 seats in West Bengal will be held between March 27 and April 29. The results will be declared on May 2.