The centre has objected to Twitter labelling posts of BJP leaders as 'manipulated media' over an alleged 'toolkit' by Congress to malign PM Modi's handling of the Covid-crisis. 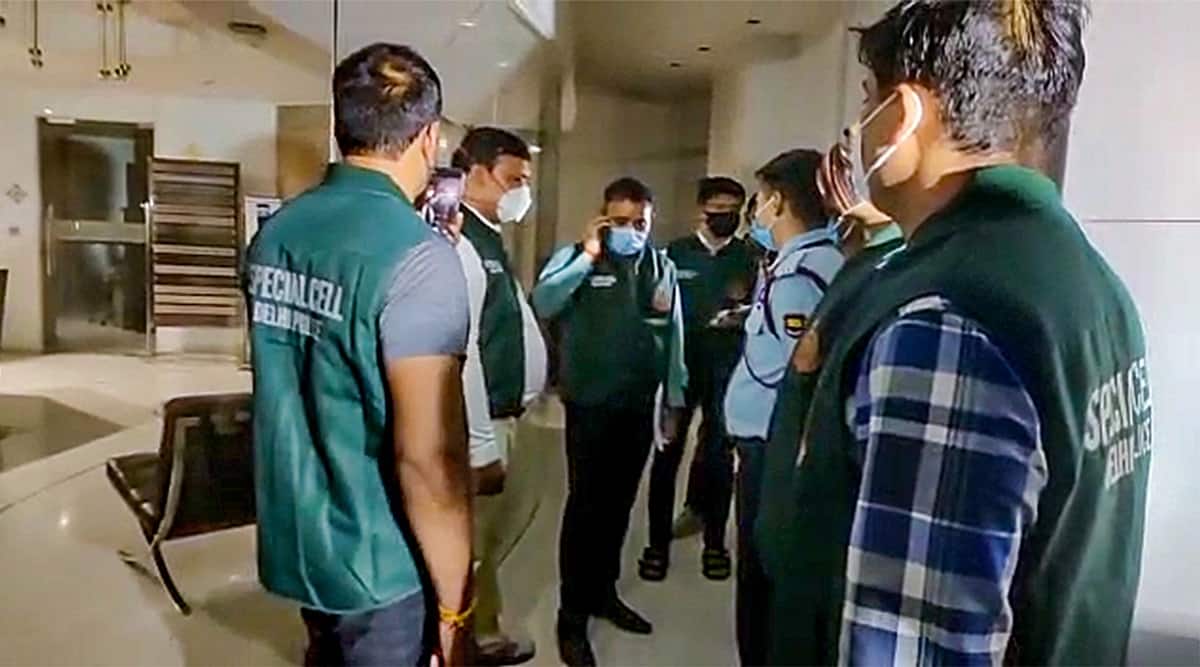 Amid the growing critique of the government’s handling of the coronavirus pandemic, screenshots of eight odd pages made their way on to Twitter on May 18. The ruling Bharatiya Janata Party (BJP) leaders alleged that the Congress had floated a ‘toolkit’ to malign the Prime Minister Narendra Modi-led government.

The controversy deepened after the micro-blogging site marked the BJP spokesperson Sambit Patra’s tweet on ‘toolkit’ as ‘manipulated media’ — a label reserved for content which has been “deceptively altered or fabricated,” according to Twitter’s policies. Congress, too, maintains that the document is fake.

In the latest spate of events, a team of Delhi Police’s Special Cell reached Twitter India’s Delhi and Gurgaon offices to ostensibly serve the social media platform a notice. The move led to social media outcry as several people deemed the act as an “intimidation” tactic.

A week ago, on May 18, BJP released a document seemingly printed on the letterhead of the ‘AICC Research Department’. Reminiscent of the ‘Greta Thunberg toolkit’ controversy, the party accused that Congress had laid out a plan to “destroy his (Modi’s) image and erode his popularity.”

It went on to claim that the Opposition party had advised the new coronavirus mutant to be dubbed the “India strain” or “Modi strain” and encouraged the use of phrases like Missing Amit Shah”, “Quarantined Jaishankar”, “Sidelined Rajnath Singh”, etc.

Irani pointed out in a tweet that the document suggests tracking the SOS requests on social media and asking them to tag the IYC (Indian Youth Congress) handle and its leaders.

Congress in its rebuttal called the document as “forgery” and “fraud”.

AICC research department head Rajeev Gowda and social media department head Rohan Gupta filed a complaint with the Delhi Police against BJP leaders, accusing them of “forging the letterhead of AICC Research Department and thereafter printing false and fabricated content on the same… with the intent to create communal disharmony and civil unrest in the country… escalating violence, fuelling hate and spreading fake news”.

It also said the BJP was trying to divert attention from the failures of the government.

On May 19, the police in Congress-ruled Chhattisgarh registered a case against Patra and former Chhattisgarh chief minister Raman Singh over the “toolkit” tweets.

While Patra was summoned by the Raipur police for questioning, the BJP spokesperson failed to show up, asking for a week’s time to come back.

‘Manipulated Media’ and what followed

After Twitter tagged some of the posts on this alleged Congress ‘toolkit’ as “manipulated media”, including that of Patra, the Ministry of Electronics and Information Technology (MeitY) wrote to the social media platform objecting to it.

In a letter seeking that the tag be removed, the ministry has said the move by Twitter appears “prejudged”, “prejudiced”, and “arbitrary”.

“This action not only dilutes the credibility of Twitter as a neutral and unbiased platform facilitating exchange of views by the users but also puts a question mark on the status of Twitter as an intermediary,” says the letter.

While Twitter is yet to comment on its actions, Congress’ general secretary and chief spokesperson Randeep Surjewala wrote to Twitter on May 25 to seek action against several Union ministers who had tweeted the alleged forged document. These include Giriraj Singh, Piyush Goyal, Smriti Irani, Ravi Shankar Prasad, Harsh Vardhan and Mukhtar Abbas Naqvi, among others.

The letter stated that information tweeted out by leaders is believed to be “true”, and which is why it becomes “imperative to tag those as ‘manipulative media.’”

The Delhi Police too was prompted into action, as they reached Twitter India’s Gurgaon office on Golf Course Road and Delhi office in Mehrauli to hand over a notice, on May 24.

Calling the process routine, a Delhi Police PRO stated, “This was necessitated as we wanted to ascertain who is the right person to serve a notice, as replies by Twitter India MD have been very ambiguous.”

The notice sent to Twitter India MD Manish Maheswari on May 22, reads: “During the course of investigation, it has come to our knowledge that you (Twitter India) are acquainted with the facts of the matter and are in possession of information with regard to the same. You are therefore requested to be present in the office of the undersigned for the purpose of investigation with all the relevant documents on 22 May, 2021 at 01:00 pm.”

A senior police official stated, “Maheshwari told us he has ‘nothing to do with this tweet’, and that he is a ‘mere employee’ of their India office.”

A day after the visit, the Special Cell served notices to Congress’ Rohan Gupta and M V Rajeev Gowda. Patra is also likely to be summoned for questioning in the coming days.

A senior police officer said they are, as of now, conducting preliminary enquiry before registering any FIR and summoning all the concerned people and organisations allegedly involved in the matter.

This isn’t the first time the Government of India has raked up a controversy with Twitter or ‘toolkits’.

The government had warned Twitter of consequences “of non-compliance of directions issued under section 69A of the Act”, after it had reinstated a number of accounts supporting the farmers’ protests, despite the IT Ministry directive to block them.

Around 100 accounts were blocked and then later unblocked, with sources stating, that Twitter had conveyed to the Centre “that the accounts and Tweets in question constitute free speech and are newsworthy.”

In the midst of the farmers protest, climate activist Disha Ravi was charged with sedition for editing a ‘toolkit’ regarding the farmers’ protest. She’s currently out on bail, after a trial court held that “mere engagement with persons of dubious credentials” is not a crime.