The wildfire reportedly started on December 29 last year from the Nagaland side and spread into Manipur’s Mount Iso, the highest peak in the state. 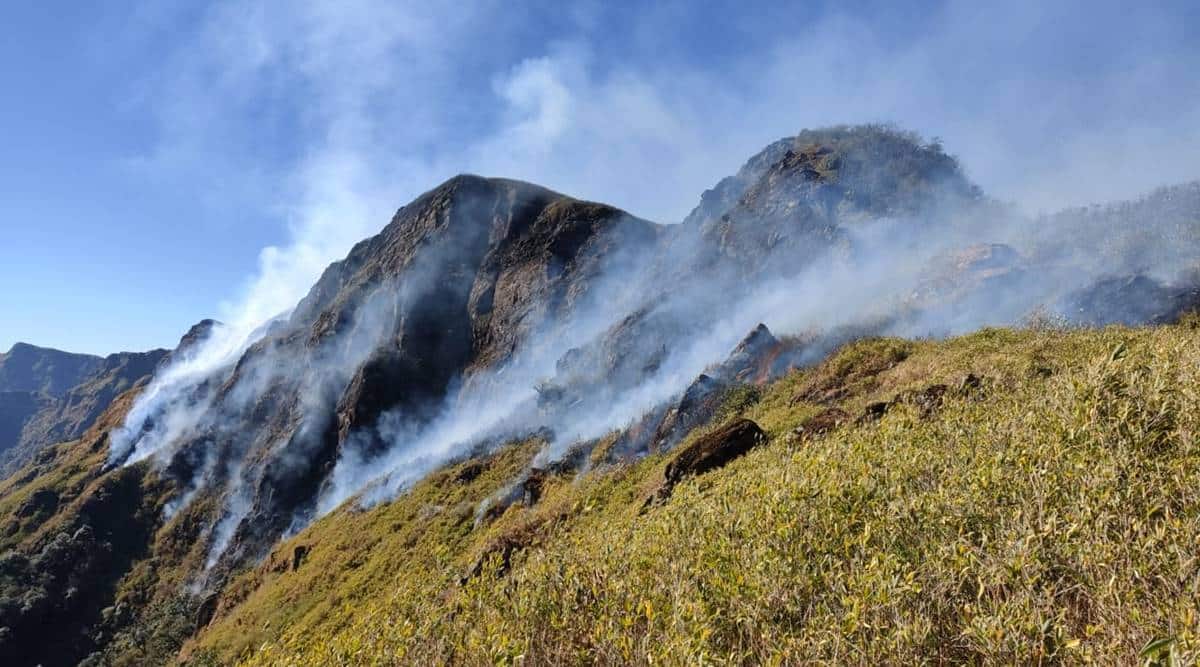 As many as four helicopters of the Indian Air Force and 59 personnel of NDRF were pressed into action to assist firefighters in extinguishing the wildfire that has been raging at Dzuko valley range at the Manipur-Nagaland border on Saturday. In addition, 35 SDRF, 32 personnel of Manipur Fire Service were also deployed at the spot.

As the firefighter team combat on the ground, four IAF Mi-17 V5 helicopters equipped with bambi buckets were deployed to spray waters from the air, said the sources. It is learned that only two choppers were deployed initially. However, two more joined the operation later in the afternoon.

The operation reportedly ended at 4 pm. Another helicopter is likely to join the operation.

The wildfire reportedly started on December 29 last year from the Nagaland side and spread into Manipur’s Mount Iso, the highest peak in the state.

It has been reported that on January 1, after a thorough analysis of the nature of the wildfire and the landscape of the region, a combined team of Senapati District Police, fire service and local volunteers cleared a stretch of around a half kilometre of forest vegetation in between the third and the second mountain of Mount Iso range. The team successfully prevented spread of the fire towards the eastern side by using sand and fire extinguisher. However, the inferno still continued on the southern and western side and approximately more than 200 acres of Mount Iso range had already been reduced to ashes, department.

During the meeting, it was decided that a base camp would be set up at the eastern side of Mount Iso range, highest peak of Manipur.