The demolition of the apartments, with 343 units, became inevitable in the wake of a Supreme Court order serving an ultimatum to the state government to comply with its demolition directive of May 8. 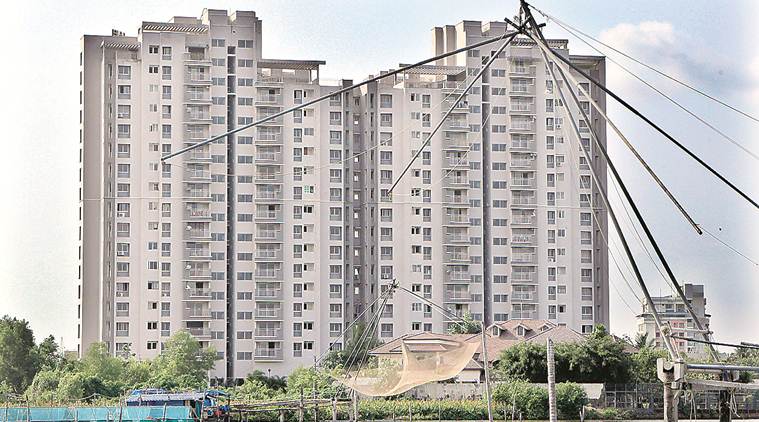 The four apartment complexes at Maradu in Ernakulam district, which were raised in violation of CRZ norms, will be brought down using the controlled demolition method involving explosives.

The demolition of the apartments, with 343 units, became inevitable in the wake of a Supreme Court order serving an ultimatum to the state government to comply with its demolition directive of May 8.

Fort Kochi sub-collector Snehil Kumar Singh, who has been appointed special officer to oversee the implementation of the demolition order, said, “As per the Supreme Court directive, we have a very short period to execute the demolition. Hence, we will use the controlled structural demolition, which is also known as implosion.”

Singh said the agency that will carry out the controlled explosion would be selected on October 9 as a sequel to the expression of interest invited for it. “The demolition work will begin on October 11. As we have to complete the process in 138 days, we have decided to go for implosion. Four flats will be demolished the same day, but the exact timing of the explosions would be staggered.’’

The special officer said that as per a preliminary evaluation, around 5,000 families living in radius of 500 metres from the place of demolition will have to be evacuated for a couple of hours. “They need not stay away from their premises for several days. It is a safe method employed at many places,” he said.

As per the time frame fixed by the state government, the four-day-long evacuation of flat residents will begin on Sunday.

After the SC ordered the government to pay interim compensation of Rs 25 lakh to each owner and formed a committee to levy the entire damages from the builders, many owners climbed down from their earlier stand that they would not move out.

“Some are willing to move out, while others are not ready. We have told them there is no option but to comply with the SC order. We have identified around 400 flats in and around Kochi where the evacuated residents can stay,” the special officer said.

However, the residents said they would move out only if the government pays for rent. “We want the government to pay for our relocation and rent of the new flats. We will shift only if we are given decent premises,” said Shamsudeen Karunagapally, chairman of Maradu Home Protection Samithi.

To allow the residents to move out, the authorities have decided to restore supply of water and power, which had been snapped three days ago.

The special officer said the government has not taken any decision on paying rent for the owners.

As evacuation and demolition looked imminent, tenants of the flats have begun to leave.