‘Mucor is an environmental fungus, and it’s much more prevalent in hot and humid areas’.
‘The amount of fungus in the air is much higher in India than some other parts of the world.’

The numbers have faces.

Sons and daughters have suddenly, horribly lost a father or a mother or, worse, both.

Fathers and mothers have had sons or daughters quietly stolen away from them too soon.

Sisters have suffered the untimely, disastrous loss of their brothers. Brothers of their sisters.

Husbands have had their wives summarily taken, with no warning and wives their husbands.

When will our tragedy end?

How much sooner can this long dark night come to a close?

Meantime we are trying to also make sense of all the unimaginable horror this pandemic has brought in its wake.

What is black mucor? Why are the very young dying? Why are children getting ill? Why are people getting well and then never waking up? Does remdesivir work at all?

Dr Priya Sampathkumar, an infectious disease specialist and the chair of the infectious prevention and control department at the world famous Mayo Clinic in the USA, is watching closely, daily, the twists and turns of India’s pandemic story with deep anxiety and concern.

She is not just watching, but has thrown herself into doing whatever she can, all the way from Rochester Minnesota. She is part of the India COVID SOS Mission, a group of scientists, academics, engineers, doctors, social workers, businesspersons, students tirelessly supporting India’s difficult battle against COVID-19 with resources, solutions, information and aid.

Dr Sampathkumar qualified from Christian Medical College Vellore and did her specialisation in critical care and infectious diseases at Mayo Clinic.

Her research interests include the ‘epidemiology and control of antibiotic resistant organisms in the health care setting, healthcare associated infections’.

She discusses mucor, remdesivir, overwhelmed systems in Part I of an interview to Vaihayasi Pande Daniel/Rediff.com. 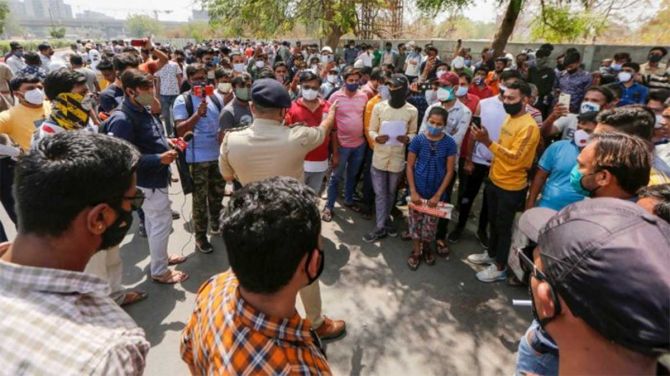 Is it true that the excessive use of remdesivir and plasma therapy can cause new variants of COVID-19 to form? This was a view of a former ICMR scientist.

No, I don’t think that the use of remdesivir can result in new variants.

The problem with remdesivir is that it doesn’t really work. And people are getting told it works. They’re standing in very long lines, in very crowded areas, trying to get remdesivir. That is the problem — it increases transmission.

So maybe indirectly that can (cause new variants) because the more people who are infected, the more the variants arise. Very, very indirectly, it could increase it. But it’s not like this anti-viral is directly causing more variants to rise. 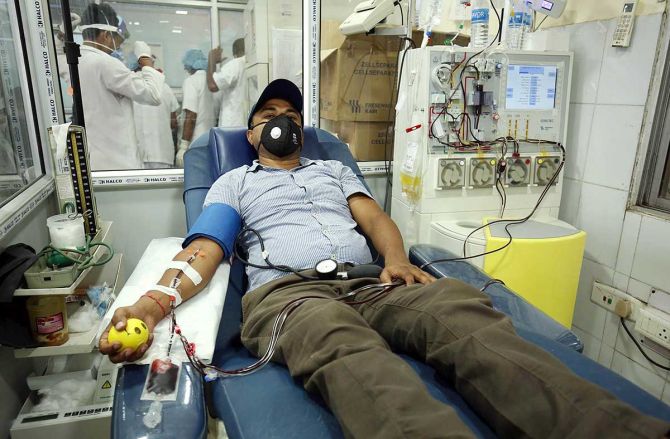 Not plasma therapy either?

Plasma therapy is similar in that it may not work at all.

So really, the only role for plasma is very early in the disease, in certain types of immunosuppressed patients. People, who can’t make their own antibodies, the plasma giving them passive antibodies may help.

Once it’s progressed to severe disease, the plasma doesn’t do anything. The reason why variants could arise is if we give plasma to patients in the early stage, and we don’t do any infection control, their viruses continue, it overcomes the plasma, and it continues to replicate, and then you transmit that to other people.

But even that is very indirect.

The bigger deal with these treatments is that people are running around looking for it. They are not life-saving, and then they are putting themselves at risk by trying to acquire these things for their loved ones.

There’s enormous cost associated with it personally to the families too.

Also, a cost to the medical system. There’s so much pressure on blood banks for plasma, they’re not able to collect other things that are life-saving, including whole red blood, packed red blood cells, platelets, which cancer patients, trauma patients really, really need. 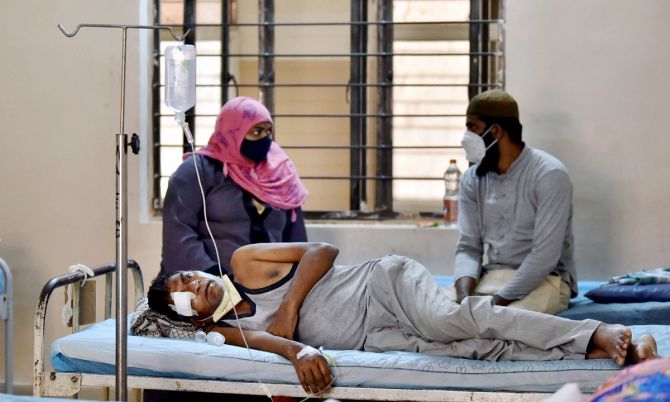 Why is the mucormycosis, or the black fungal infection associated with COVID-19 only seen in India thus far?

Mucor is an environmental fungus, and it’s much more prevalent in hot and humid areas. The amount of fungus in the air is much higher in India than some other parts of the world.

Mucor infections happen in the United States also, but at much smaller levels. It’s not anything that’s unique to India. In the US we primarily see it in patients with severe diabetic ketoacidosis. And in certain types of bone marrow transplant recipients, whose immune systems have been suppressed for a very long time.

In India, the combination of having so much of that fungus in the air around us and your body being suppressed by (the steroid) dexamethasone, which is being used for much more patients then necessary. And the high, very high prevalence of diabetes in India, I think are all sort of contributing to it.

Then there’s some theories. And I don’t know if these are true or not that the oxygen supply may actually also be causing it, because we’re not using medical oxygen. A lot of industrial oxygen has been brought in to supplement the oxygen supply and that may be playing a role that remains to be confirmed. It’s just a theory. But mucor is not seen in Brazil, even though Brazil is also hot and humid?

Brazil is hot and humid. But I don’t know what their prevalence of diabetes is. Like I said, it’s not one thing — it’s a combination of things coming together.

But mucor, per se, is not scary? It’s just an indication of what’s going on. Is that correct?

No mucor is very scary. Do you mean the disease or the fungus? 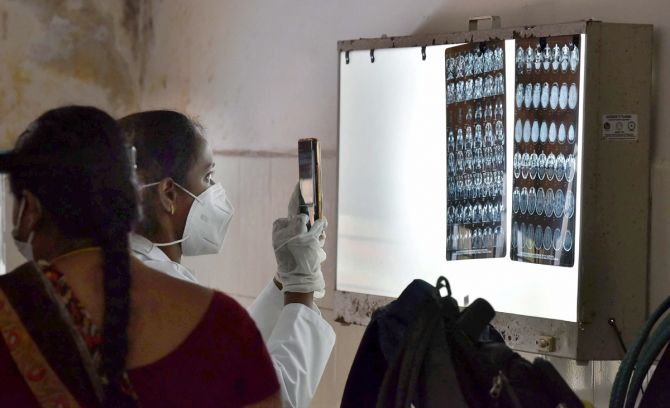 Well, whatever those symptoms people are exhibiting of black fungus on their eyelids. It sounds really sort of ghastly that first you have COVID-19, and then you have this black fungus.

There’s two forms — one is in the sinuses, and one can be in the lungs, it can also be in other parts of the body, including the GI tract.

The one that is in the sinuses is the fungus and is highly destructive. So, it literally eats through the bone and erodes into the eye and brain. It can actually be sight threatening, and could also be life threatening, if it invades into the brain.

So, it is very, very serious.

I also want to mention one more thing: Treatment for that is a medication called amphotericin, which needs an IV drip and can hurt the kidneys. Treatment is for several weeks.

Apparently, there’s a huge shortage of the medication. That’s another problem. And you also good surgical debridement and if you’re located in a smaller place, don’t have a surgeon who can go in and remove the infected tissue, just medications alone will not work.

We went through a personal COVD-19 situation/scare recently with my daughter and got a glimpse of the treatment protocols.
In India the protocol for mild, home-treated COVID-19 is hard to understand, Prescriptions, which we did not follow, have ivermectin, erythromycin, fabi flu (favipiravir) on them.

Yeah, so even if she had had it, she didn’t need any of that.

We’re trying to combat some of this misinformation that’s out there. The one reason that I’m really involved with COVID-19 is I’m an infectious disease physician, I work in America, and have taken care of a lot of COVID-19 patients at Mayo Clinic. But you know, we never were hit with the huge surges, like India has, like New York has, like California has.

We were always able to look at the data, look at the literature and use evidence-based medicine.

When you’re in this emergency kind of situation, you’re just doing whatever you can and that’s what doctors in India are doing. 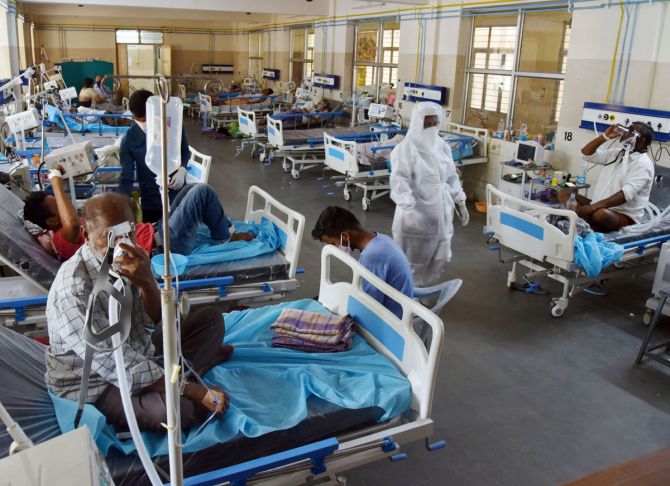 Yes, exactly. This is the same problem. But I don’t know why all over the country, all over the world, politicians are getting into the science business, which needs to stop, right?

Much of this misinformation is really coming from government sources, not from clinicians.

For mild COVID-19, you don’t need anything at all. You need to be able to check your blood oxygen if you can. Otherwise, you can just monitor yourself for symptoms of heavy breathing.

Nothing changes the course of the disease, nothing that you can take really makes any difference.

There’s a very small study done in the UK that showed that a steroid inhaler may reduce hospitalisations in patients with COVID-19. It’s not lifesaving and the study was small; it had about 2,000 patients. So that’s the only thing that may help.

And they studied it in older people, or people over the age of 50, who had underlying diabetes or hypertension, certain other comorbidities. Other than that, there’s really nothing. And even the effect of this steroid inhaler is minimal.

I am working with a group called India COVID SOS that puts out guidance. We did put on the bottom of our sheet that ivermectin, all those other medications, fabiflu, antibiotics. hydroxychloroquine do not work.

Many people suffering milder versions of COVID-19 at home, like my daughter, continue to have low-grade fever of 99.5-99.9 for longer periods of time. Is that counted as fever? Does that make them infectious still?

Fever by itself doesn’t make you infectious. In 99 per cent of people by Day 10 or so they’re no longer infectious.

To give a margin for error, we have said stay in isolation for 14 days. And in most people the fever has resolved in 14 days. Very, very occasionally, especially in immunosuppressed patients, fever can persist. But even in these individuals, when we tried to recover the virus from the nose, it’s not present. It’s just sort of the body’s immune response to the virus.

Using that two-week mark as the period for infectivity seems to be pretty effective. 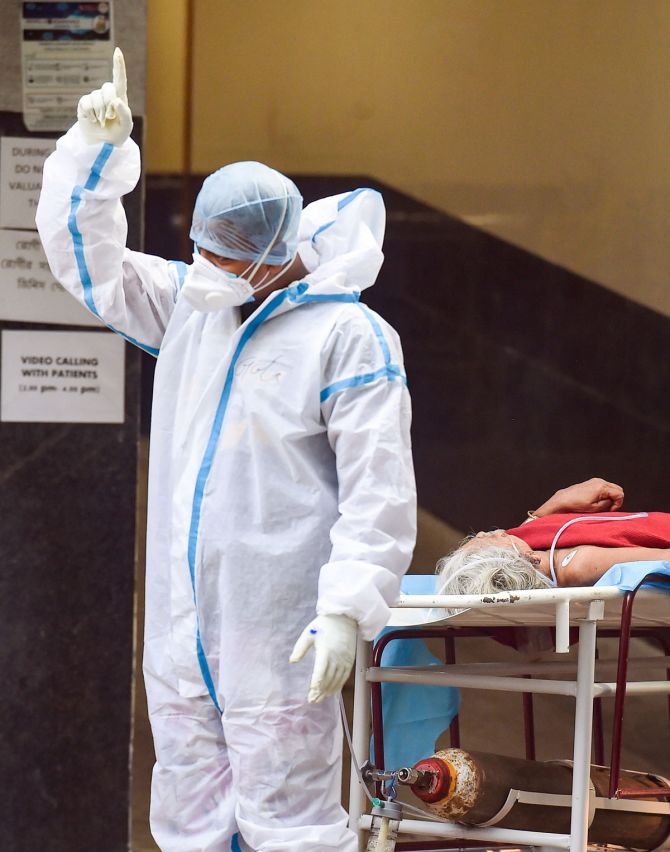 There are now such a high number of cases and there are cases everywhere. While one has to give enormous credit to all the brave Indian doctors fighting the pandemic tooth and nail, there can be, in overwhelming situations of stress, a lot of medical protocol goof ups that might be causing higher mortalities?

Absolutely. There’s no doubt about it. This is not unique to India.

Mortalities in the US, in the first wave, in New York City, were very, very high. When a hospital or healthcare system gets overwhelmed, there’s only so much you can do.

But it does require people to be able to do the things that they need to do. So proning the patient, checking on the patient, identifying deterioration, and moving those patients to the higher level of care, and even having enough oxygen. You need to have enough oxygen. Oxygen is truly lifesaving, right.

When you don’t have all that, definitely mortality is, I think, more than twice what it should be in India right now, because there aren’t enough resources — whether that’s manpower resources, or oxygen, or even steroids, which are lifesaving. 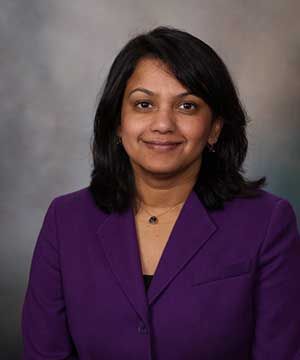 Or time to think?

Or time to think, exactly.

New York had the exact same thing when cases were flooding the hospitals.

Everybody was doing their best, but there’s only so much you can do.

And in my own hospital, our mortality rates were much lower. We did have a lot of cases, but they were coming at a steady pace. And we had shut down everything else. We were not doing any elective surgery, any sort of elective procedures, so we could concentrate all our resources on COVID.