Alleging that the ongoing operations are being conducted in coordination with Indian security forces, Naga Hoho urged the military forces of both India and Myanmar for immediate cessation of the ongoing military action against the Nagas. 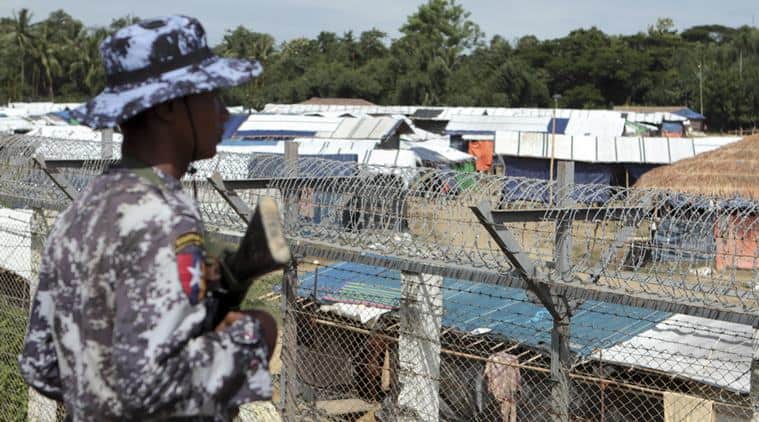 Perturbed by the alleged military operations being carried out in the Naga areas of Myanmar by the military junta, Naga bodies are expressing their concern over the safety of innocent Naga civilians.

Mizima news Myanmar reported that Myanmar army launched operation against the Nationalist Socialist Council of Nagaland- Khaplang (NSCN-K) faction Thursday last week near Hoyat village along the Indo-Myanmar border. The army accused NSCN-K of violating ceasefire signed in 2012 by harbouring militant outfits from the north-eastern region. It is reported that the militant action is conducted in the Naga Self Administered Zone.

Naga Hoho, the apex body of Naga civil rights, cautioned Monday that the “indiscriminate” military action has the potential to result in a widespread Naga uprising. Chuba Ozukum, president of Naga Hoho, said, “We are trying to establish contacts with those affected Naga villages. We have been told that the villagers are facing untold misery. They are reportedly confined and not allowed to move around.”

The Naga apex body stated that the Myanmar Government, at the behest of the military, has imposed unwarranted and arbitrary sanctions, fund cuts and disruption of essential supplies. They also stated that given the current tension, it is risky to immediately send representatives to take stock of the situation across the border although they were considering it.

Naga Hoho further warned that irrespective of border or factions, the group will not be mute spectators when their rights are being so mindlessly trampled upon and will collectively do everything in their power to protect “our land and lives of our own blood”.

It urged the United Nations and the Democratic front of Myanmar to condemn the inhumane arm conflicts and call for a saner voice so that peace could be brokered with sensible dialogue and love for humanity.

The NSCN Isaac-Muivah faction on Sunday condemned the military action of the Myanmar army (Tatmadaw). The outfit said that the offensive has destabilised the livelihood of Naga villagers as they are being made to bear its brunt. The outfit urged all the stakeholders to abide by the cease-fire agreement in the interest of creating lasting peace.

The Forum for Naga Reconciliation (FNR) also urged the Myanmar army and NSCN (K) to work to honour the regional-level ceasefire that was signed in April 2012.

The FNR underscore that the intervention of Naga community leaders, humanitarian aid and human rights workers must be made possible based on accepted international principles.