Modi, in his virtual meet with the CMs, is expected to discuss the Centre's plans with regards to the mass immunisation programme against the virus. 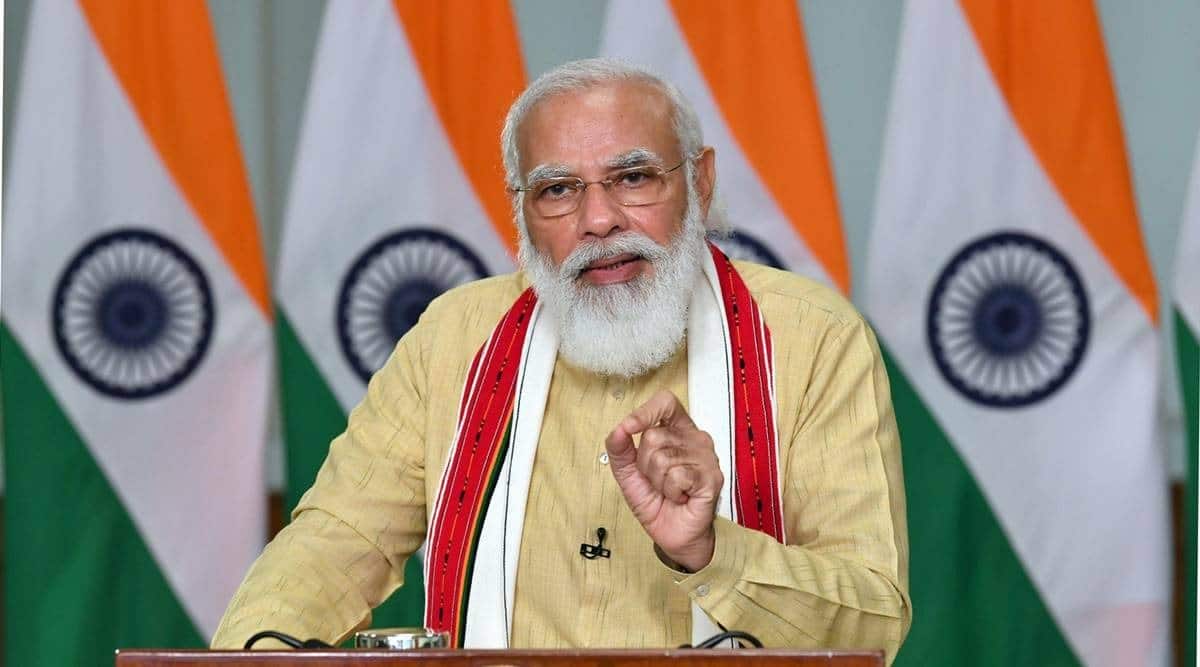 Prime Minister Narendra Modi is scheduled to discuss the Covid-19 vaccine roll out with all chief ministers on January 11, and the ruling BJP is preparing a massive campaign in order to allay the apprehensions among the people and remove the vaccine hesitancy, sources said.

Two vaccines – Covaxin, developed by Bharat Biotech along with the Indian Council of Medical Research (ICMR), and Covishield, a variant of Oxford AstraZeneca’s AZD1222 manufactured under licence by the Serum Institute of India – on January 3 received regulatory approval for restricted use in emergency situation.

Modi, in his virtual meet with the CMs, is expected to discuss the Centre’s plans with regards to the mass immunisation programme against the virus. A national dry run has recently been held to test the operational feasibility of the software platform to identify the challenges that could be faced during the vaccine rollout.

BJP sources said the party is planning to chalk out extensive programmes for a campaign on the vaccination. “Yes, the BJP will run a massive nationwide campaign to promote vaccination. It is a big achievement by the government that the country could develop vaccines… Our campaign, which will involve every party leader, will work on allaying the fears of the people over vaccine,” said a senior party leader. However, he added, the party leadership will begin planning for the same only after Sunday.

While the government is trying to ensure that the infrastructure is in place for a seamless and hassle-free vaccine rollout, the BJP wants to chip in by launching an intense campaign to promote the vaccination programme. With the campaign, the party aims to help the government in allaying fears and apprehensions with respect to the vaccine and to project it as a significant achievement by the Narendra Modi-led government.

Sources said that with Budget Session expected to begin on January 29, presiding officers of both Rajya Sabha and Lok Sabha will discuss with the government the possibility of providing vaccination for members of Parliament on a priority basis.

At a state health ministers’ meeting on Thursday, Bihar’s Mangal Pandey had suggested that all MPs and MLAs should be given priority with regards to the vaccine.

“There is a demand for such a move. The lawmakers and legislators move around and meet a lot of people, so their vaccination is important. It will also help the general public to shed fears about the vaccine,” said a minister in the Uttar Pradesh government.

While senior party leaders are awaiting a government’s decision on them getting vaccinated, some have even written to Union Health Minister Harsh Vardhan, volunteering for trial runs.

Meanwhile, the government’s preparation for the rolling out of the vaccines has been on the fast track, with the Health Ministry indicating that it would be administered within ten days after its approval.

On November 24, an official communication was sent to all state governments to form a block task force, which would be the backbone of the vaccine administration and would be entrusted with “monitoring” three important functions — communication planning, cold chain, and vaccine logistics planning.

State governments were also told to include important stakeholders, including “local influencers and religious leaders at Block level”.

This was a clear signal that the Covid-19 immunization programme will be distinctly different from the universal Immunisation programme, and that political leaders who are local influencers will play a key role in the implementation of the government’s communication plan.

“Maximise use of local influencers for countering misinformation,” the government stated in the terms of reference (ToR) based on which the block level task force will function.