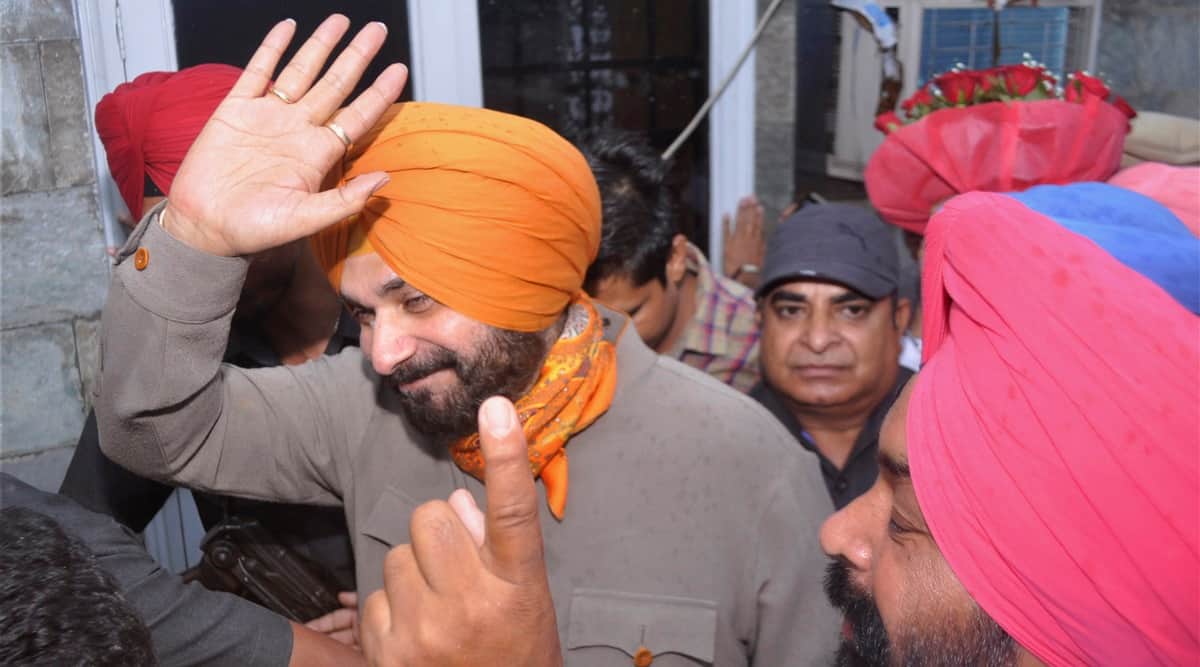 A day after he was named the new Punjab Congress chief, Navjot Singh Sidhu on Monday thanked the Gandhis for the responsibility entrusted to him and said that his journey had just begun.

In his first tweet after being appointed as PPCC chief, Sidhu while remembering his father wrote: “To share prosperity, privilege & freedom not just among a few but among all, My father a Congress worker left a royal household & joined freedom struggle, was sentenced to death for his patriotic work reprieved by King’s Amnesty became DCC President, MLA, MLC & Advocate General.”

In another tweet, he said, “Today, to work further for the same dream & strengthen the invincible fort of @INCIndia, Punjab. I am grateful to Hon’ble Congress President Sonia Gandhi Ji, Shri @RahulGandhi Ji & Smt @priyankagandhi Ji for bestowing their faith in me & giving me this pivotal responsibility.” “Will work along every member of Congress family in Punjab to fulfil the mission of #JittegaPunjab as a humble Congress worker to Give Power of the People Back to the People through the #PunjabModel & High Command’s 18 Point Agenda … My Journey has just begun!”

In the morning, MLAs Amrinder Singh Raja Warring and Kulbir Zira went to his house in Patiala to hand him bouquets of flowers and welcome him as PPCC chief. Later in the noon, Sidhu met working president Kuljit Nagra at his Mohali residence. Punjab Youth Congress chief Brinder Dhillon also met him.

Sidhu is scheduled to address a gathering of party men at Cabinet minister Tript Bajwa’s residence in Chandigarh.

When early indications came in that Siddhu will be appointed the Punjab Congress chief, sources close to Amarinder had said he was unhappy, and had conveyed to the high command that he would not go into the Assembly elections with Sidhu as PCC chief. Later, clarifications and denials were issued by both Harish Rawat and the CM.

Since 2019, when Amarinder divested Sidhu of his Local Bodies Department portfolio and the latter resigned, there has been open war between the two. Since April, Sidhu has been attacking the CM on Twitter.